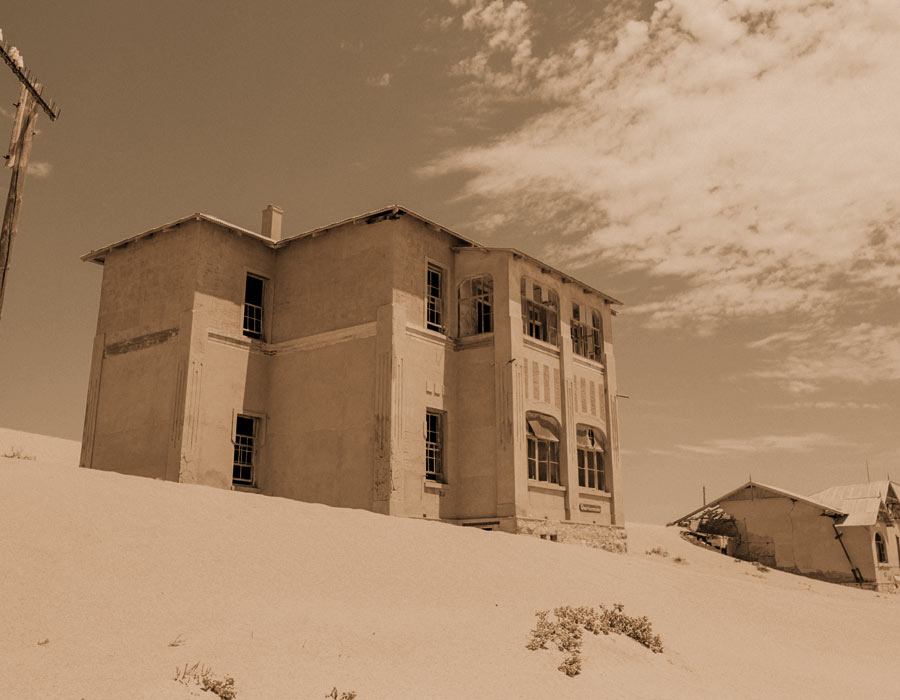 Before Europeans ever set foot in Namibia, the territory was buzzing with activity. Unfortunately only little is known about these times, due to the fact that the Europeans were the first ones who ever sat down and wrote about what was happening. Traces of the events of this time can however still be found in the rich oral traditions that circulate in local communities. When the first Europeans settled in Namibia in the early decades of the 1800's, they found societies with complex social and cultural traditions.

Before Europeans ever set foot on Namibian soil, the territory was buzzing with activity. Unfortunately only little is known about the history of these times, due to the fact that the Europeans were the first ones who ever sat down and wrote about what was happening. Traces of the events of this time can however still be found in the rich oral traditions that circulate in local communities. When the first Europeans settled here in the early decades of the 1800's, they found societies with complex social and cultural traditions.

Around the same time a group of Oorlams (the descendants of Malay slaves, Khoi-San, Dutch and English at the Cape) had moved across the Orange River with horses and guns. These advantages made them powerful in the region, and they soon owned large stock of cattle and goats. Some say that the livestock were stolen from the Nama and Herero who were rich in livestock, and others say they were obtained through a form of taxation or tribute. Many of the stories from this period recount a time much like the 'Wild West' with cattle raiding, ambushes, drinking, smoking of marihuana (which was a major source of income for some communities) and riding horses through big open landscapes. Very descriptive of the ethics of the time is the fact that missionaries were engaged in a 'guns for converts' arrangement with the local population.

The Oorlams were not only in it for the fun, however. They established strong trade links with the Cape; they built roads (the back road to Walvis Bay from Windhoek still follows the route of one of these), and maybe most importantly established their headquarters in Windhoek - They called it Winterhoek, which was later corrupted to Windhoek. Some people will tell you that the Germans founded Windhoek ... don't believe a word of it, Windhoek has always been a popular place to stay.

German South West Africa was the very descriptive name given to Namibia when these northern Europeans staggered ashore in the territory in the early 1880's. At the Berlin Conference in 1883 Africa had been divided between various European nations - largely to the surprise of Africans. As a result Germany ended up with this arid desert land that most Europeans saw little use in claiming.

By means of purchase and /or theft (all depending on your source of information) the Germans gradually gained control of the central and southern parts of the territory that is now Namibia. One of the methods the Germans used to gain control was to exchange land for 'protection', but this failed miserably when one of the strong local leaders, Hendrik Witbooi , stole the horses of the Imperial Commissioner Dr. Heinrich Goring - father of the future Nazi Air Marshall Hermann Goring. It seemed that the Germans needed protection rather than the opposite. Subsequently a new method of trying to exert control over the territory had to be attempted.

History tells us that in 1889 25 German troops under the leadership of Curt Von FranJoise landed at Walvis Bay disguised, ironically, as 'tourists'. Walvis Bay at the time was under British control, and the German troops could therefore not simply march onto British territory in full battle gear. Once the charades were finished, Von FranJoise and his men arrived in Winterhoek where they immediately began building the fortress that today hosts the National Museum of Namibia, called 'The Alte Feste'. The building marked the new militaristic style of the German Colonial presence in Namibia.

The German Colonial Administration was never fully in control of Namibia. The period between 1890-1908 was marred by many conflicts and rebellions against the Germans by the pre-colonial Namibian population. Almost a hundred thousand Hereros, Damaras, and Namas, and about a thousand Germans died because of these wars and the resulting concentration camps that were used to intern prisoners. In Germany there was a big outcry to stop these wars and especially to stop the genocide of the Herero. Of these about 60,000 people were killed, out of a total population of about 80,000.

However 'savage' Africans were made out to be in those days, the worst savagery of the new century surely took place in Europe. As a result of the Sarajevo assassination the First World War broke out which meant that Germany was at war with the British Empire, in southern Africa as in Europe. In 1915, after a fast defeat to the Union troops of South Africa, Germany surrendered the administration of Namibia to the South African Prime Minister Louis Botha.

Today one can still see many reminders of the German period. Namibia is the only African country, has a daily German newspaper. There is also an abundance of German buildings and monuments, erected in the German colonial period. The German language coexists alongside the many other unofficial languages that are spoken in the country.

In 1948 the Afrikaner led National Party gained power in South Africa. Namibia exchanged one colonial experience for another. South Africa saw Namibia as, potentially, a fifth province for their country. The existing system of segregation that was widespread in colonial Africa was intensified through the policy of apartheid. One example of the way in which divisions between communities were created was the increasingly harsh 'Immorality Act", which termed it 'immoral' and illegal for white people to have sex with people defined as having a different skin colour. Strangely it was not considered illegal to lie in the same bed, but only to be caught having sexual intercourse. One wonders how the police went about enforcing this curious law.

Apartheid simply means 'living separately'. In the late 1950's and early 1960s, as in South Africa, the living quarters of black and coloured Namibians in towns were torn down. These residents, according to the principles of Apartheid, now had to be moved out of Windhoek city which was reserved for whites only or 'Slegs blankes' (a term that was to be used often in the years that followed). So-called 'coloured' Namibians were also to be divided from black Namibians. The task proved very difficult as the gene pool had been thoroughly mixed between all Namibians (white and black) since the time of the arrival of Europeans in the country in the early 19th century.

Eventually, though, most 'coloured' Namibians in Windhoek where settled in 'Khomasdal', five kilometres outside of Windhoek, and the black population divided from 'Khomasdal' by a five hundred meter 'buffer zone' in what is known as 'Katatura' - which means "a place where we don't want to stay". These so-called townships now form parts of Windhoek, and the buffer zones have been filled to connect these apartheid creations with the canter of Windhoek.

It would be easy for a visitor to Namibia to think that the German period had a huge influence on the country. It did, but proportionally this period overshadows a lot of other interesting and influential history in Namibia. There are no monuments remembering the Herero who died at Waterberg, or the prisoners of war who died in the German prison camps in Swakopmund and Luderitz between 1904 and 1908. There are also no museums dealing with the apartheid history. It is therefore up to tourists themselves to find traces of these histories when visiting different historical sites.

In Swakopmund, over a thousand small mounds are still visible at the edge of the desert, behind the former 'white' cemetery. Although not officially recognised by the Swakopmund municipality, that is busy auctioning away plots on the site, there is little doubt that these mounds are the graves of the prisoners who died in the Swakopmund prisoner of war camp.

Much closer to Windhoek is the Nature Reserve 'Daan Viljoen' which is a popular place for Windhoek residents to spent their weekends. The place used to be the home of a Damara community. Many remnants from this time can be found throughout the park. There are cemeteries dating back to the early part of this century, but there is also evidence to be found of the residents who were still alive when the community was forced out in 1957. Walls on the far side of the 'Aukeigas' dam were built for the gardens of the residents, who grew Maize, pumpkins, melons, tobacco, and other crops. By the dam wall one can still see a piece of rock art, with good eyesight and a bit of guidance, though. The trained eye of the archaeologist will surely come across many other interesting things in this historical oasis.

If you are interested in History Namibia will please you immensely. With a bit of effort many new stories can be uncovered, and when the right stone is overturned who knows what piece of history will emerge. Enjoy it!