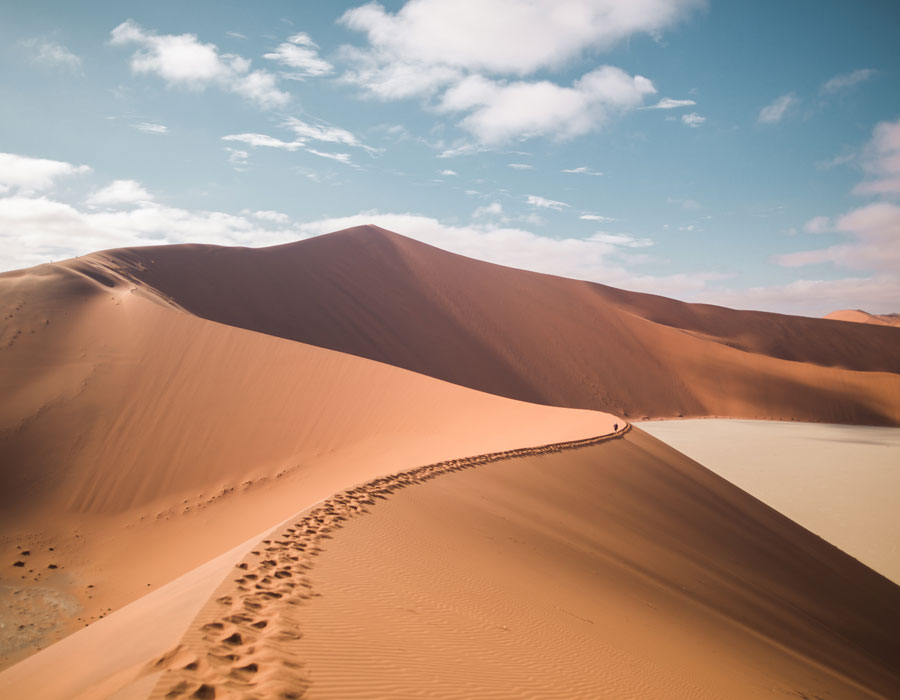 Namibia is a country in south western Africa. On it's southern border is South Africa, to the east is Botswana and in the north Angola, other neighbouring countries include Zimbabwe and Zambia. Since independence in 1991 Namibia has become a major African tourist destination - popular due to it's vast distances and tiny populations. Travelers enjoy the desert vistas of the Namib Desert and some of the best game viewing in the world at Etosha National Park.

Just over 2 million people share the vast spaces of Namibia, the country has one of the lowest population densities in the world with 2.1 people per square kilometre. It isthought that 35% of the population live in urban areas, and 65% in rural, although this figure is certainly increasing as growing numbers of unemployed people leave their villages and farms. The population of Namibia can be divided into 11 different ethnic groups. 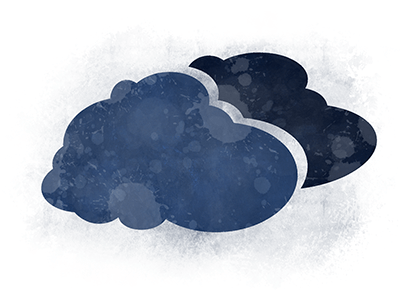 In Namibia you can follow the broken and cracked pieces of an intriguing evolutionary trail.

As life here has evolved, it has produced a variety of different species, many of them unique to Namibia’s dry landscapes. This evolutionary path includes primate predecessors and tool using hominids. We can witness this by the artefacts all around us and the records that they left, recorded into rock thousands of years ago.

The Sites of Veneration were formed by stones piled upon each other.

A relic of Namibian history - 'The Musical Stone' is located at Rooipunt.

One of the richer rock engravings in quality and number in Namibia.

Twyfelfontein is a rocky site situated in the Kunene Region.

Situated in the Pondok Mountains - part of the Spitzkoppe Mountain range.

A 45min walk through Namibian landscape named after E. Phillipp.

1 of 6 sites of rock paintings found in the Klippdachs Mountains.

Discovered in 1965, the rock paintings were recorded in detail for prosperity.

One of the most celebrated specimens of rock paintings in Namibia.

Some 130 million years ago a super continent known as Gondwana tore asunder and left the southern continents we know today as relics. Namibia once locked in the very heart of Gondwana, now lay on the western littoral of Africa. When the fireworks from the throes of continental separation subsided, large volcanoes survived as mountains, like the Brandberg and Spitzkop. From that time and before Namibia has ghost rivers left behind when the ice age glaciers crawled across the land, it has the tracks of dinosaurs embedded in sandstone where they once walked and the coast which originated simultaneously with the Atlantic ocean when primordial forces changed the face of the planet.

With its surface area of 824,268sqkm, Namibia is a vast country, it's more than three times the size of Great Britain and twice that of Germany. It is situated on the south-western Atlantic coast of the African sub continent, bordering on Angola, Botswana and South Africa. In the far north-east is the Caprivi strip, an elongated pan handle consisting of tropical riverine swamp lands also bordered by Zimbabwe and Zambia. Namibia can be divided into four distinct topographical regions. Of these the most definitive in the Namib Desert from which Namibia derives its name. It is one of the oldest deserts in the world, maybe the very oldest, the Namib was already arid at least 80 million years ago. The Namib desert covers some 15% of Namibia with dune seas, gravel plains and deeply eroded canyons such as the Fish River Canyon which is 160km in length, up to 27km wide and reaches a depth of 550 metres. The central plateau, which runs from north to south, has an average altitude of between 1000 and 2000m, with landscapes ranging from rugged mountain ranges and rocky outcrops to sand filled valleys and endless plains. This plateau gradually falls away towards the east where a sandy strip of land merges into the level expanse of the Kalahari desert. The Kalahari sandveld sprawls into Botswana, Angola, Zambia and Zimbabwe. In the north it broadens considerably to include the plains around Etosha Pan as well as Kavango and Caprivi. Almost half the size of Lebanon, the Etosha Pan is big enough to be classified as a saline desert.

Granite mountains stand isolated like steep islands on the plains of the inner Namib, one of them - the Brandberg massif - the highest in Namibia at a height of 2579m. The only perennial rivers are on Namibia's borders. In the north are the Kunene, Kavango, Zambezi and Kwando Rivers. On the southern border is the Orange River. None of the perennial rivers originate in Namibia. Rivers within the country - even the longest, the 600km Fish - are all ephemeral. They flow only after strong rains in their catchments, not necessarily along their entire lengths and not for long. The bigger ones retain water in pools for some months after a flood, but the rest are dry with white sandy bottoms for most of the year.

There are many Namibians who can be considered great - we have tried to include a cross section of these from political to sporting heroes. Apologies to anyone who considers themselves great and has not made the cut - to be considered for inclusion you can send us an email at i_am_great_and_you_should_know_it@ego.huge