Experience the lively streets of Katutura in a new exciting and environmentally friendly way. Katutours offers guided tours on bike through the culturally and historically rich township of Katutura near Windhoek. Also available is the Self-Drive Guided Township Tour for those not interested in riding a bicycle.

The township of Katutura owes its existence to Namibia's colonial past. After the First World War the territory of South West Africa (now Namibia) past from German Colonial rule to being governed by South Africa (under a League of Nations mandate). South West Africa was virtually incorporated into South Africa and governed as a 5th province, rather than as a colony or separate territory. This meant that the Apartheid rules from South Africa were enforced within the territory as well (with a few exceptions). As a result of these laws and the policy of 'separate development', township areas for various ethnic groups were created in town. Windhoek had three major division: the City of Windhoek, mainly for whites, Khomasdal, for coloureds (people of mixed race) and Katutura (for blacks). And katutura was further devided into areas based on ethnic & tribal designations.

Even more than 20 years after independence these township areas still exist in most South African & Namibian towns and cities. Although people are no longer legally required to live in a specific are for a variety of historical & economic reasons many people remain in the areas that were designated for them during apartheid rule.

Katutura is the most vibrant of Windhoek's suburbs and this tour allows you to explore the area safely and in the company of an experienced guide, who will share further insight into the area. It is a must for anyone interested in people, history or bicycles!
The tour departs from the Penduka project and will visit a variety of markets & projects. The route varies but will usually involve most of the following

A visit to the Kings Daughters Bicycle Shop where you get to meet the women working there and learn about their empowerment project.

Notorious Eveline Street – the street that never sleeps. With a plethora of shebeens (bars), hairdressers & other informal traders

The tranquility of Penduka where women are producing and selling beautiful Namibian handcrafts.

Tours depart from the Penduka Center at Goreangab Dam at 8.30am daily and takes approximately 3.5 hours, please ensure you are at Penduka by 8am for the pre-departure safety talk and briefing. The trip is designed to not be very physically demanding and anyone with a small measure of fitness should easily complete the route.

Unfortunately the trip is not suitable for children under 14.

Katutours is proudly in cooperation with BicycleEmpowerment Network (BEN) and Penduka striving to towards the common goal of empowering Namibian women. 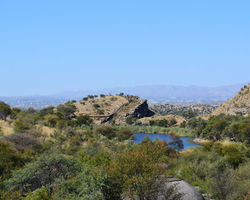 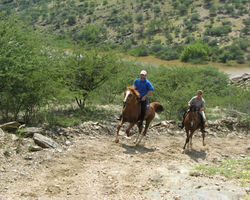 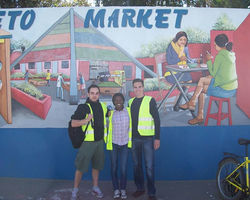 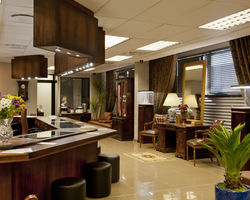 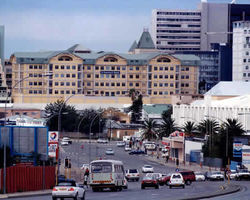 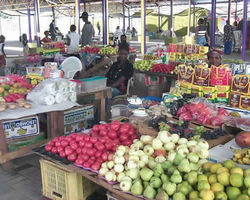 Learn about the pre-independence apartheid history of Windhoek