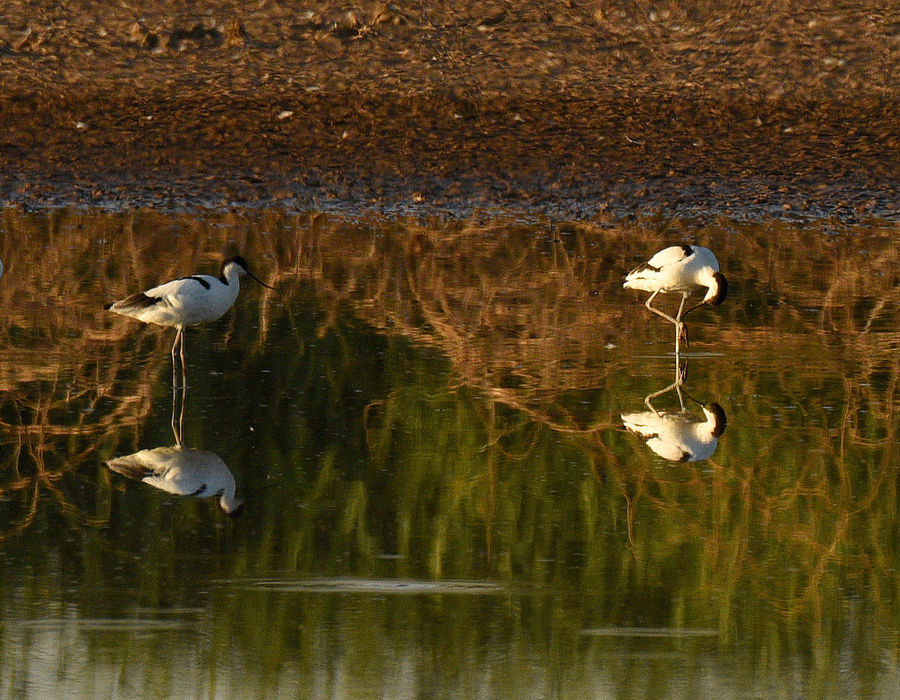 In a way it’s refreshing when a wonderful little sanctuary remains beyond our hunger for leisure destinations. While Naute’s tourism potential remains unrealised, the game park does fulfil its conservation function. It protects attractive Nama Karoo landscapes and a variety of wildlife and desert flora. It’s a characteristic sample of Namibia’s arid southern reaches, diversified by the large waterbody. Those who have access to the park through their work are privileged.

Naute has undoubted tourism potential. It’s not a big park, but the combination of the lake and the surrounding desert landscapes creates a striking ambience, beckoning the development of walking trails or 4×4 routes. Abundant water birds and a variety of desert wildlife would provide great birdwatching and game viewing. The dam’s fish stocks already attract numerous freshwater anglers and regular fishing competitions are hosted here. This is one resource that is being used.

Naute is one of Namibia’s largest man-made lakes. Its shoreline, abutting long stretches of rocky plains and intricate sections of small bays, is very attractive The dam location on the Löwen River was already identified by German engineers over a century ago, yet construction of the reservoir only took place 70 years later. The dam was created as a reliable source of water for the nearby town of Keetmanshoop, and to enable an agricultural scheme adjacent to the reservoir.

The lake creates an ideal focal point for a game park, although this was only proclaimed just prior to independence. Thirty years on, its tourism potential remains untapped, overlooked in the vastness of the ‘forgotten South’. Discussions around a tourism concession with the neighbouring !Gawachab Conservancy may gain momentum in the future. For now, Naute is still worth a brief stop-over visit while travelling between Keetmanshoop and the Fish River Canyon.

WHEN TO BE THERE:
•    Visitor access is restricted to the recreation area; this is open all year
•    Day temperatures can be very hot during summer
•    Fishing competitions are held intermittently & the recreation area is a weekend retreat for locals
•    The game park is currently not open to visitors

WHAT TO DO:
•    Stop at the lake for a refreshing break on your travels
•    Enjoy a short walk & some good birding
•    Do a spot fishing along the shore
•    Visit the nearby agricultural scheme

WHAT TO REMEMBER:
•    Access is restricted to the small recreation area
•    A permit is required for fishing, obtainable at the Karas Regional Council in Keetmanshoop
•    There are no amenities at the dam
•    Do not litter, take all rubbish with you

A large air-conditioned hotel in Keetmanshoop. A useful stop en-route to the Fish River Canyon and South Africa. 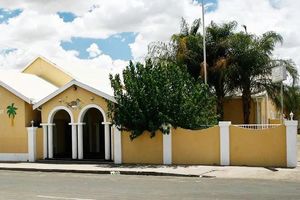 It is believed that it forages along river beds were greater concentrations of insect can be found.

From the time Europeans first came to the arid lands of southwestern Africa, they’ve dreamt of making them more lush and habitable by providing water. Within the first two decades of occupation, the German administration had assessed the colony’s hydrological potential. Theodor Rehbock produced the first comprehensive report in 1898 to enable the construction of dams – seen as a panacea.

Southern Namibia is Great Namaqualand, the land of the Nama. The Naute area lies at its centre and was occupied by Nama stock herders when European missionaries and traders first arrived here. A 1761 expedition from the Cape, guided by Hendrik Hop, provided the first map of the area and recorded abundant wildlife along the Löwen River, including rhino, giraffe and buffalo.

Guillaume Visagie, considered the first White settler in South West Africa, based himself at Zwartmorastfontein (later called Modderfontein) from around 1785. A mission station was established here in 1860 by the Rhenish Mission Society and later named Keetmanshoop. Under German rule, much of the colony was surveyed as settler farms, and by 1921 all land in the Naute area had been developed as freehold farmland.

Theodor Rehbock’s plans for a dam at Naute were halted by World War I, and were only taken up again in the late 1960s by the South African administration. Naute Dam was completed in 1972, built with extensive irrigation in mind – although the agricultural scheme was only developed after Namibia’s independence.

Naute Game Park was proclaimed a decade and a half after the dam’s completion and was, like so many of Namibia’s parks, a by-product of other developments – in this case the dam. The park is home to a much diminished fauna. Most of the large, valuable or problematic wildlife was eradicated well before 1900. The park was recently increased through the addition of 110 square kilometres of former farmland, expanding its potential.

The dam and thus park name comes from Cape Dutch, the southern African adaptation of Dutch that over time evolved into the Afrikaans language. The site of the proposed dam on the Löwen River, where it passes through a gap between rocky ridges, was originally known as ‘De Naauwte’, translated as ‘the narrow gap’. While a narrow gap is still spelled ‘naauwte’ in Dutch today, the Afrikaans spelling has changed to ‘noute’. Through time and misspellings, De Naauwte became today’s Naute.

MET doesn’t have jurisdiction over all of the Naute area, making holistic management difficult. The recreation areas open to the public are plagued by littering and disturbance of wildlife, and poaching for bushmeat has been noted as an occasional problem.

A survey of the flora of Naute revealed a variety of fascinating information, including the presence of valuable endemic and restricted-range plants, as well as possible new species. Invasive plants are an issue of concern, with mesquite trees (Prosopis) displacing indigenous flora, especially along the southern shores of the lake, and the poisonous Datura inoxica considered a threat.

Wildlife is monitored through active patrols and occasional surveys. In contrast to other Namibian parks, little has been done to rebuild historic wildlife populations at Naute. The attempt to bring back black rhino failed, as the introduced individuals were apparently unaccustomed to some of the poisonous flora and died.

Thirty years after its creation, Naute Game Park still languishes without visitor access or constructive use of its potential. An area of 600 hectares that includes 10 kilometres of lake shore was deproclaimed from the park in 1996 and donated to the Keetmanshoop Municipality, but its tourism potential remains untapped. There are plans to collaborate with the neighbouring !Gawachab Conservancy to create hiking trails and four-by-four routes in the park, yet no actual development has taken place. An upgrade of the area’s status to national park is currently in progress.

The Naute Dam supplies water to a sizeable irrigation scheme, which was initiated just after the Independence of Namibia and produces grapes, dates and other crops. The dam also provides purified water to Keetmanshoop.

Like other Namibian parks abutting large dams, Naute is managed by three ministries: Environment and Tourism, Fisheries and Marine Resources, and Agriculture, Water and Forestry.

Like other Namibian parks abutting large dams, Naute is managed by three ministries: Environment and Tourism, Fisheries and Marine Resources, and Agriculture, Water and Forestry 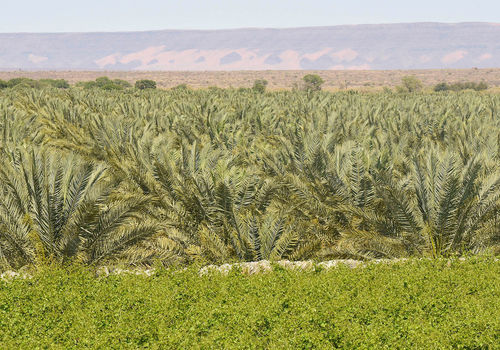 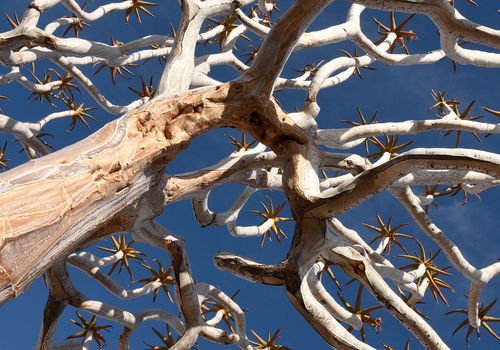 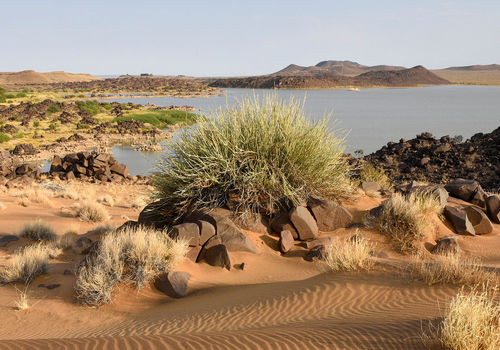 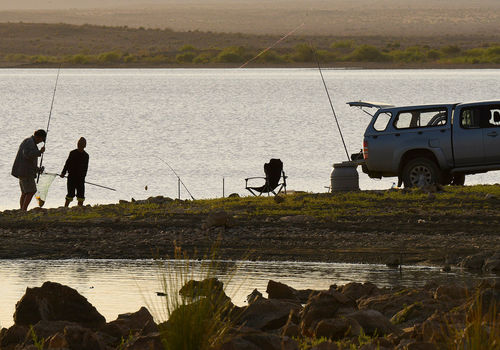 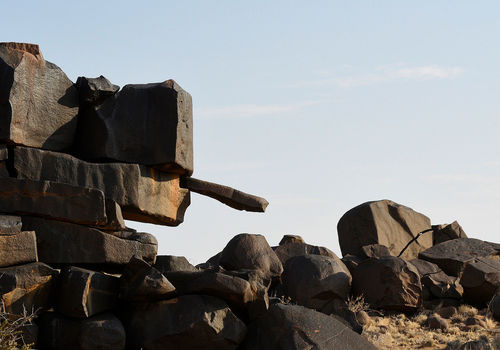 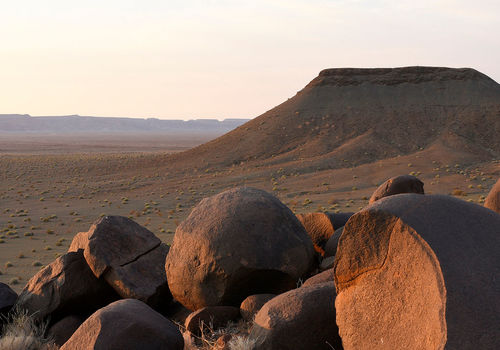 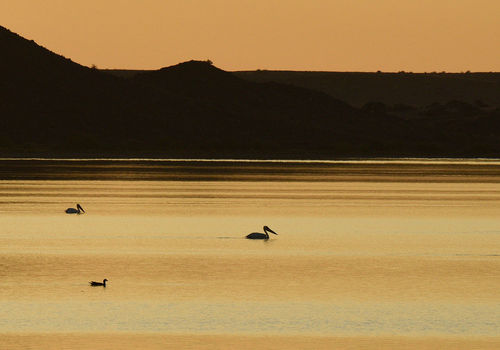 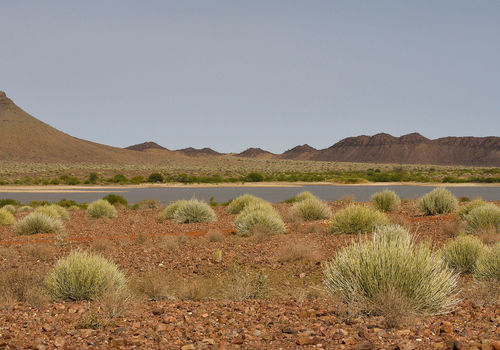 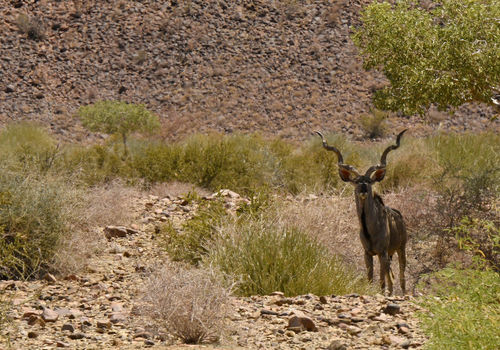 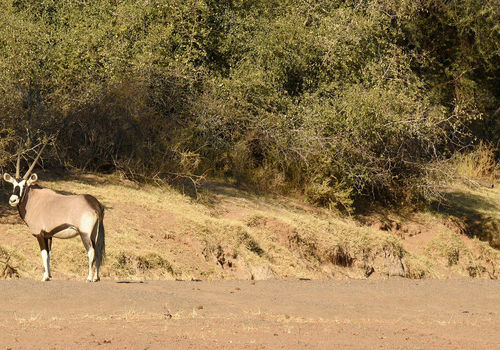 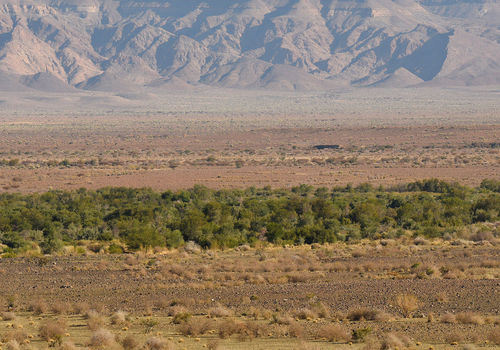 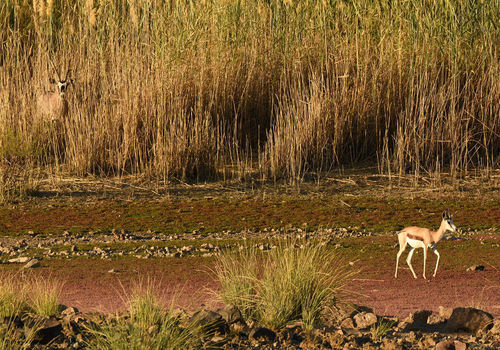 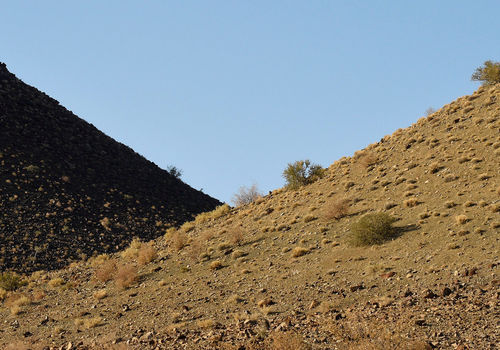