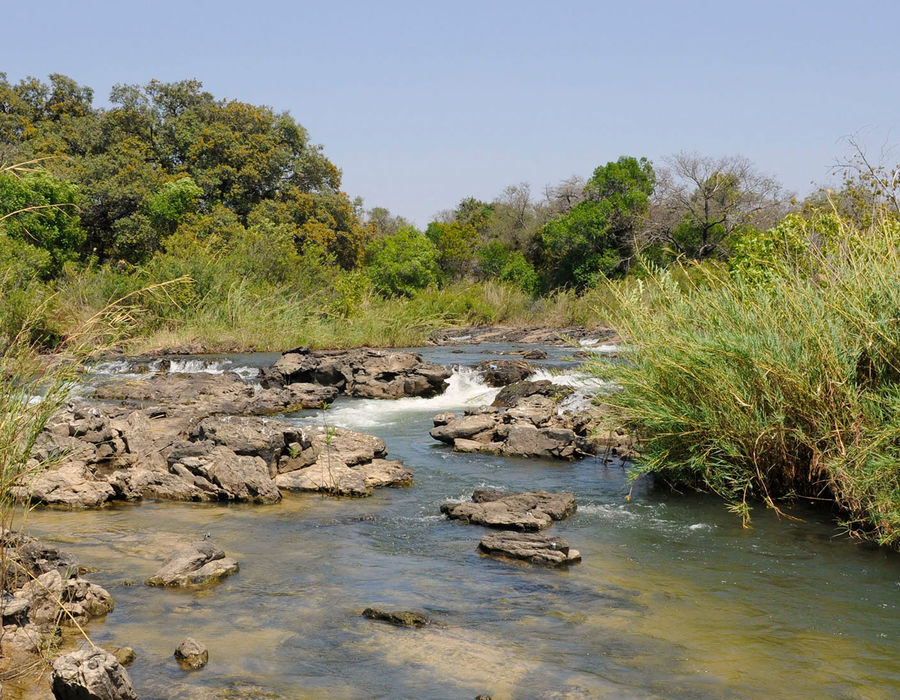 On its way to the famous delta in Botswana, the Okavango River forms the border between Angola and Namibia for over 400 kilometres, before crossing the narrow wedge of Namibian land known as the Caprivi Strip. Here the river traverses a four metre drop over a series of rocky ridges. The ‘falls’ are merely gurgling rapids, which are most impressive when water levels are low, being largely swallowed by the river during annual flooding.

In 1982, the Department of Nature Conservation negotiated the declaration of several state parks with the Administration for Kavango. Popa Falls was one of the areas subsequently proclaimed as a game reserve in 1989. With a size of less than one square kilometre, Popa is really not a game park, but a tiny enclave between Divundu and Bagani, protecting a patch of riverine vegetation around the cascades. The land is managed as resort grounds by the parastatal Namibia Wildlife Resorts.

The area around Popa is a patchwork of fields and settlements. Across the water, in the multiple-use area of Bwabwata, an agricultural scheme is wedged along the river. The remaining band of intact riverine vegetation between them is a haven for birds, including kingfishers, bee-eaters, herons, African finfoot and rock pratincole. The rapids create a retreat for rare fish, while hippos, crocodiles and otters are occasionally seen in the river.

WHEN TO BE THERE:
•    Popa is open all year; travel is most comfortable in the cooler dry season
•    Temperatures can be very high in the hottest months
•    The cascades are at their most impressive when the river is low around October
•    At the height of flooding in April, the rapids are mostly submerged

WHAT TO DO:
•    Take time out from your travels for a relaxing stop at Popa
•    Visit the nearby Mahango or Buffalo Core Areas of Bwabwata National Park
•    Enjoy quiet birding in the dense vegetation along the river
•    Go on a mokoro (dug-out canoe) ride offered by local guides

WHAT TO REMEMBER:
•    Although Popa is a declared game park, it is not home to any large wildlife
•    Wildlife can be experienced in nearby Bwabwata National Park
•    Vervet monkeys may be a nuisance at the resort; don’t leave food unattended
•    The park is in a malaria area; take necessary precautions 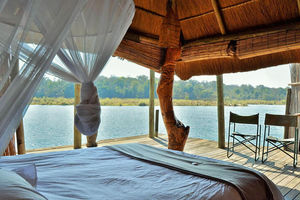 A rustic river side campsite and lodge offering excellent value for money. A lively bar and restaurant ensures this appeals to the younger or more socially inclined traveller. 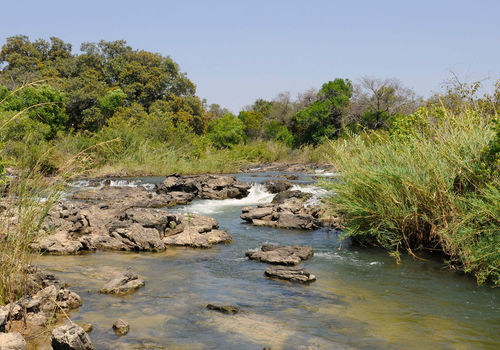 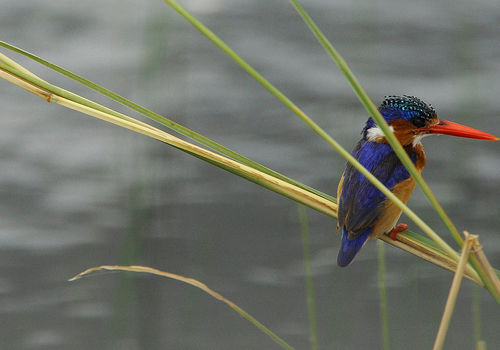 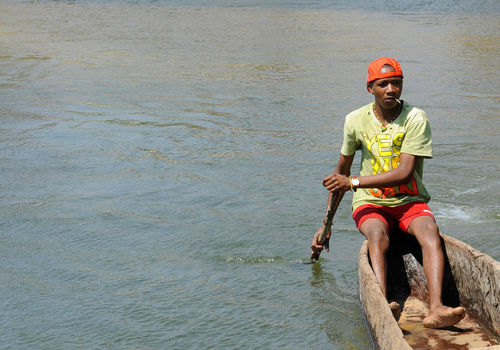