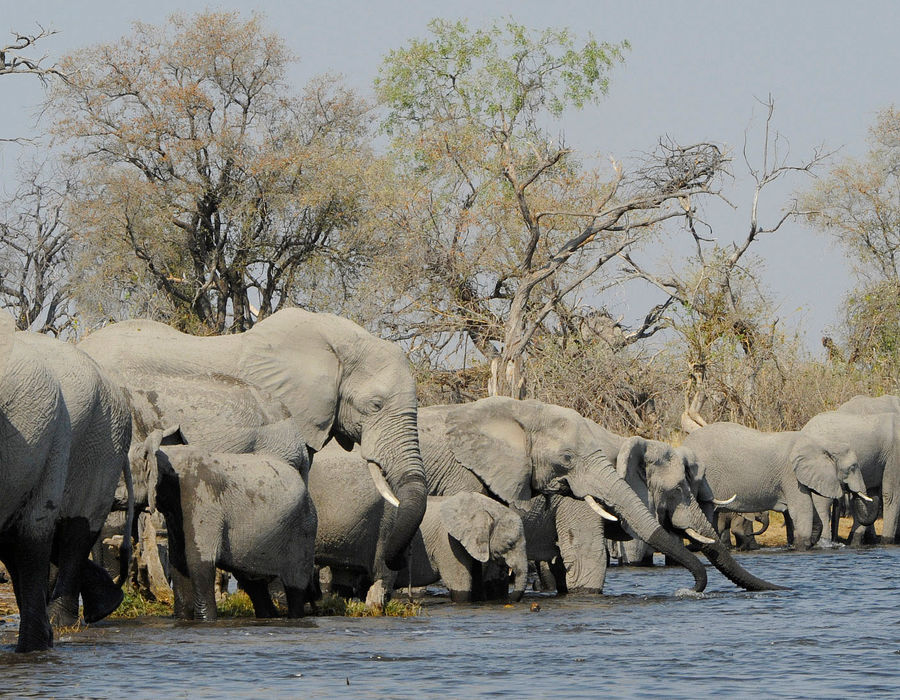 Mudumu is a wildlife haven, restored. The park was almost devoid of game when it was proclaimed, having been depopulated by years of poaching prior to and just after independence. The return of wildlife was achieved through targeted reintroductions, community conservation – and unwavering resolve. Mudumu is not large enough to permanently support large herds of elephant, buffalo and other game. It relies on the conservation landscapes around it, across which the animals can migrate.

There are two worlds in Mudumu: The meandering river and its lush vegetation, and the extensive woodlands of mopane, terminalia and burkea, stretching away around the Mudumu Mulapo to the east. The park might not be big, but it exudes a wonderful atmosphere of wild Africa.

Mudumu’s network of alternately sandy and muddy tracks requires four-wheel-drive basically throughout. The variety of its scenery and the diversity of its lifeforms will enthral any naturalist. And for experienced and adventurous travellers, the park offers an awesome wilderness experience at its small, unfenced and unserviced campsites along the Kwando. Time spent along the river, camping without amenities away from other people, surrounded by a perpetual flurry of birdlife, with elephant, impala and waterbuck passing by and hippos bellowing in the river, is breathing the wild.

Like the other parks of the Zambezi Region, Mudumu depends on effective conservation around it, and throughout KAZA. Most of the park’s wildlife regularly wanders beyond the unfenced boundaries of the park. The conservancies bordering Mudumu act as vital buffer zones and movement corridors. They are central to the viability of the small park. Yet the conservancies are only succesful  when the park and its wildlife contribute in tangible ways to local livelihoods – through employment and cash income from tourism, and through meat distribution and conservancy income from conservation hunting.

WHEN TO BE THERE:
•    Mudumu is open all year; the cool, dry winter months afford the most comfortable visits
•    Much of the park becomes difficult to access during the rainy season
•    Game concentrates along the river during the dry season
•    Temperatures are often very high in summer

WHAT TO DO:
•    Go for a slow drive through the eastern woodlands & enjoy their secretive ambience
•    Spend time on a game-viewing platform; patience will be rewarded with great sightings
•    Birding is excellent, especially along the river, but also in the woodlands
•    Revel in atmosphere of wild Africa at an unserviced riverside camp

WHAT TO REMEMBER:
•    Although it is bisected by a proclaimed tar road, all visitor routes in Mdudumu may require 4x4
•    Keep at a safe distance from elephants, lions & other potentially dangerous wildlife
•    Campsites are unfenced; take special care; securely close tents & don’t leave food unattended
•    The park is in a malaria area; take necessary precautions 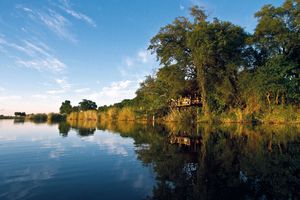 Situated in the Mudumu National Park this is one of the east Zambezi Region's most popular lodges.

Hottentot teals are found in a permanent and semi-permanent shallow and freshwater wetlands.

Mudumu is at the heart of the story of wildlife recovery in Zambezi. Jo Tagg is one of its central proponents. Jo was stationed in Caprivi for the MET during the community shift from poaching to protection in the early nineties. Later, he was instrumental in targeted reintroductions to rebuild the area’s game populations. Today, he is a quiet force against wildlife crime in Zambezi by supporting former colleagues, some of whom he has worked with for more than a quarter of a century.

For an unfenced park bordering communal land and another country, connectivity conservation is vital. Mudumu is surrounded by overlapping conservancies and community forests. The large state forest to the north is also an important refuge.

At a local level, collaboration between the park and the adjoining conservancies is facilitated through the Mudumu North Complex. Anti-poaching initiatives and fire management are particularly important aspects of the partnership. The concurrent NAM-PLACE Mudumu Landscape initiative seeks to raise the general profile of the area and facilitates connectivity between tourism operators and other users of the landscape.

At a regional level, KAZA promotes conservation across international borders, connecting Mudumu with conservation areas in Botswana, Angola, Zambia and Zimbabwe. The Botswana land adjoining the park is zoned as a wildlife management area, creating further important habitat to the west.

The park is named after the Mudumu Mulapo, a ‘fossil’ wetland stretching across much of the park. Although the area may become boggy during the rainy season, it is no longer an active wetland. Mulapo is a local name for such a low-lying, marshy area that may become seasonally flooded. The origin and meaning of the word mudumu is unclear.

The dichotomy between conservation needs and development aspirations in the Zambezi Region is often striking. Yet wildlife and wild places persist here despite rapid human expansion and rural development. Unknown to most visitors, game populations have been rebuilt from very low numbers – and in some cases local extinction – over the last two decades. Since 1999, well over 2,000 head of game of eight species were brought back to the eastern Zambezi Region. Giraffe, eland and blue wildebeest were locally extinct here by the mid-1990s, but were reintroduced and are now doing well. Waterbuck, lechwe, roan and others have rebounded from historic lows.

The reintroductions were only successful because community conservation on the surrounding land made a much bigger area available as wildlife habitat. This buffer is crucial for the viability of Mudumu and nearby Nkasa Rupara. Once the unfenced parks were surrounded by communal conservancies, the return of wildlife was feasible.

Today the parks and the conservancies between them afford a glimpse of how things were here 150 years ago. What is now Namibia’s eastern Zambezi Region – the land bound by the Kwando, Linyanti, Chobe and Zambezi – was once one of the richest wildlife habitats of southern Africa. More than a quarter of eastern Zambezi may get flooded during years of good rain, as all of the rivers have their main floodplains within Namibia. The first Europeans to explore the area reported great herds of buffalo, lechwe and other game in this extensive, highly productive wildlife haven.

Mudumu is not immune to ivory poaching, which is escalating across Africa. Several cases have been recorded here. A joint anti-poaching initiative between the Namibian military, police and MET includes rigorous patrols and a semi-permanent military and police presence. The public tar road though the park is also a conservation challenge.

A variety of research is being done in the larger Mudumu area and includes remote tracking and camera-trap recordings of large carnivores. This has shown that viable populations of lion, wild dog and other predators can only survive in the wider landscape, but are under threat due to human–wildlife conflict.

Annual game counts are carried out as a collaborative effort in the park and adjoining conservation areas. Aerial surveys of wetland species are done for the entire region at regular intervals. These censuses give a good indication of wildlife population trends.

At a local level, collaboration between the park and the adjoining conservancies is facilitated through the Mudumu North Complex. Anti-poaching initiatives and fire management are particularly important aspects of the partnership. The concurrent NAM-PLACE Mudumu Landscape initiative seeks to raise the general profile of the area and facilitates connectivity between tourism operators and other users of the landscape.

At a regional level, KAZA promotes conservation across international borders, connecting Mudumu with conservation areas in Botswana, Angola, Zambia and Zimbabwe. The Botswana land adjoining the park is zoned as a wildlife management area, creating further important habitat to the west. 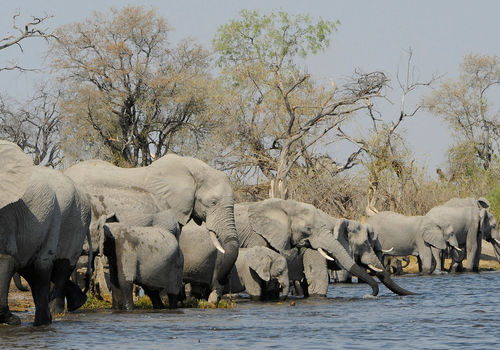 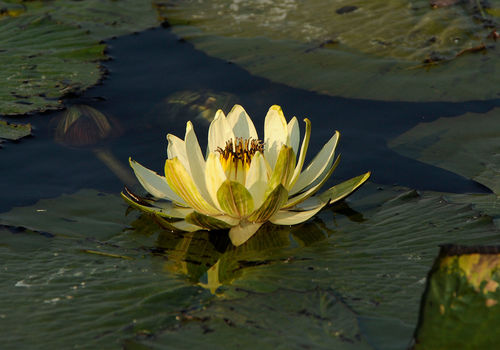 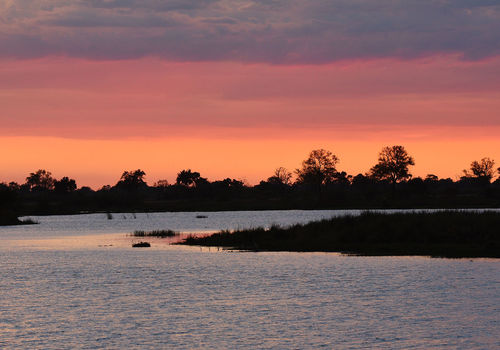 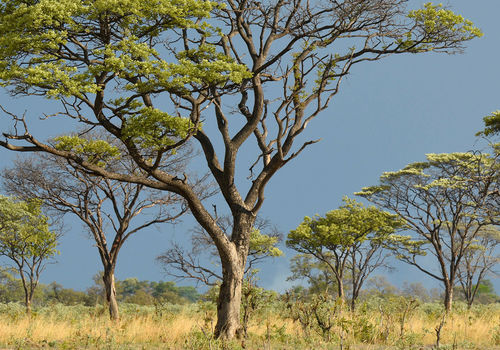 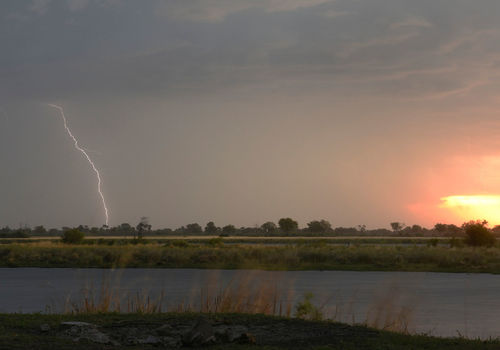 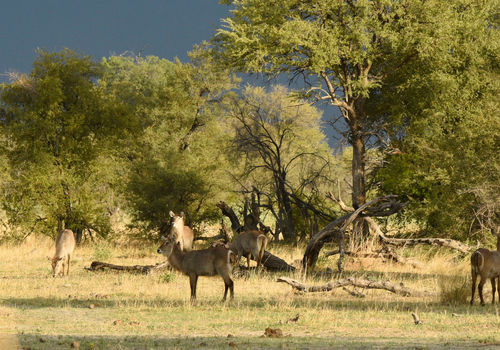 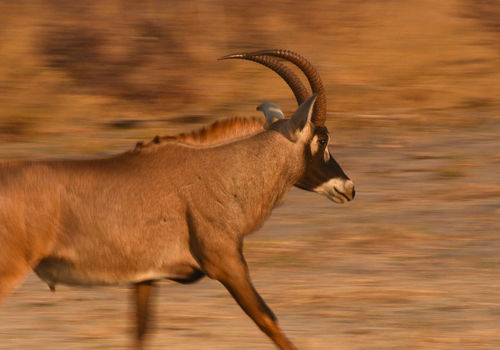 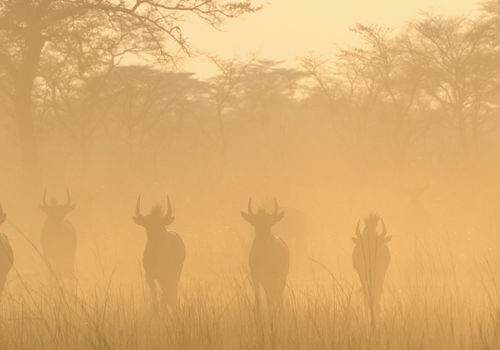 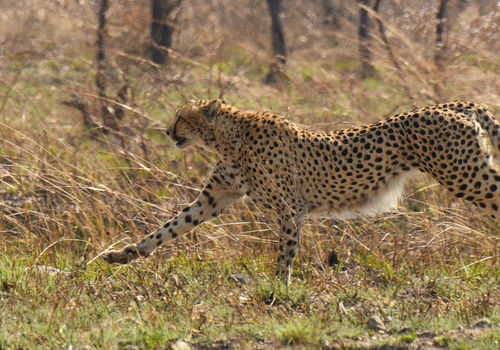 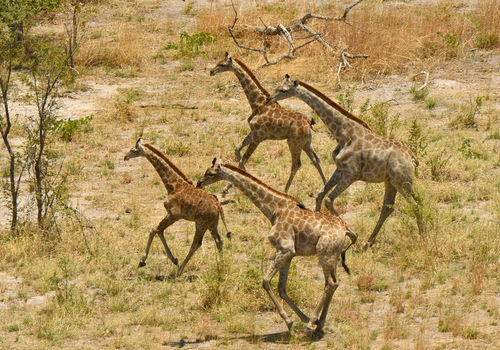 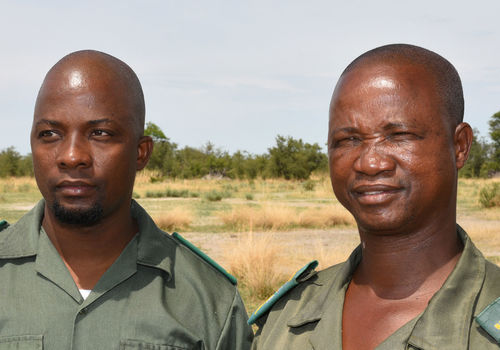 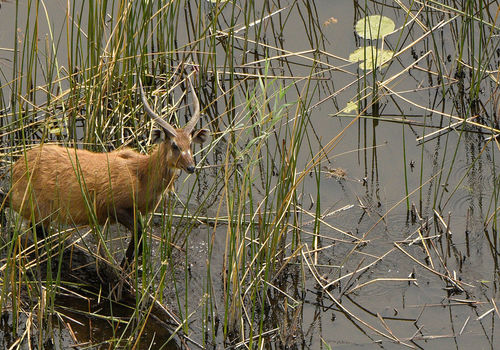 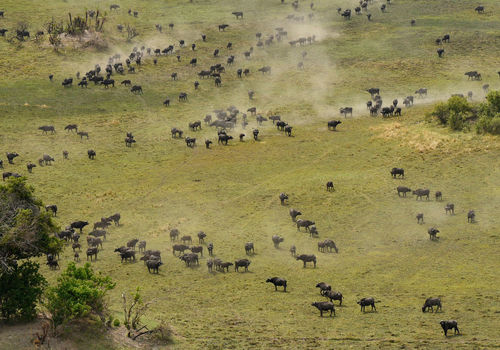