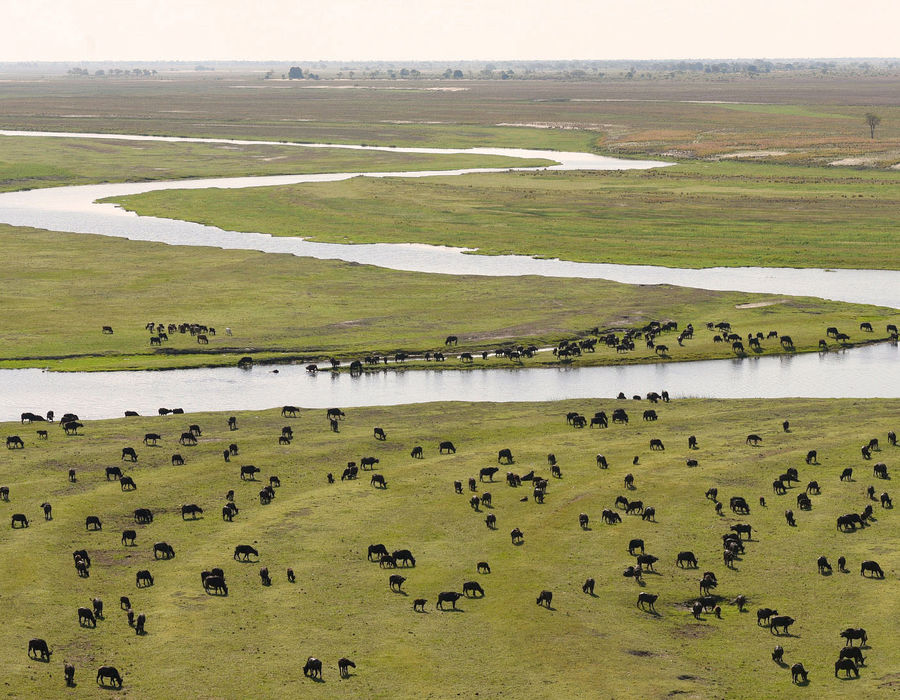 When to be there:
•    KAZA is far too immense & diverse to explore on one trip or at any one time
•    The whole area experiences summer rain; rainfall varies significantly across the region
•    The dry, cool months afford the most comfortable travel
•    Some areas are not accessible during the rainy season (Nov.-Apr.)

What to Do:
•    Choose one country or area & explore it with time
•    Visit both state & community conservation areas, each offers unique experiences
•    Focus on cultural attractions, people & their livelihoods, as well as wildlife
•    Come again for more!

What to remember:
•    KAZA is about a balance between people & wildlife, rather than just pristine nature
•    Tourism & road infrastructure is variable; ensure you’re equipped for the chosen region
•    Park rules vary; make sure you have all the information for the areas you want to visit
•    All of KAZA is in a malaria area; ensure the necessary precautions 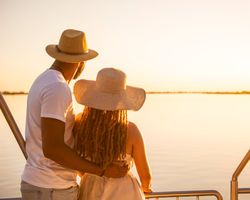 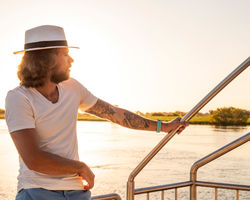 Capture the colours of the Zambezi River bird life on a relaxing boat cruise. 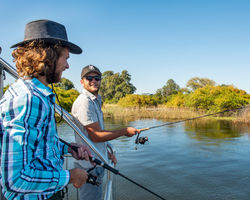 Join a guided fishing trip and catch species such as catfish, tilapia, nembwe and tigerfish.

Guided Walks To The Bird Colonies

Discover the beauty of the Zambezi region on foot

A distinguishing feature of the pale free-tailed bat is the pale colouration of the fur.

Serotine bats roost in small groups in any nook or cranny of buildings, rocks and trees.

Spur-winged goose can be found with comb ducks and at times shelducks.

Northern shovellers arrive in Namibia from late October and depart again around February and March.

Red-billed teals inhabit most inland wetlands whether man-made or natural usually in pairs or small groups.

Hottentot teals are found in a permanent and semi-permanent shallow and freshwater wetlands.

The sharptooth catfish is unique in that it can live in almost any habitat, but it prefers floodplains, large slow moving rivers, lakes and dams.

Livingstone first described ‘the smoke that thunders’ to the western world after discovering the now world-famous falls in 1855. Since then, Livingstone, the Zambezi and the Okavango have provided unabated inspiration for countless explorers and travellers. As have innumerable other magical places within the river basins. Makgadikgadi, Chobe, Matusadona, Hwange, Kafue, Kwando, Khaudum… all have become emblems of African wilderness and wildlife. To know that they, and the lands between them, are being linked by a common conservation vision spawns hope for a new balance between development and conservation.

After discussing various name options, country representatives agreed on using a combination of the two major river basins of the area, the Okavango and Zambezi, as the name for the transfrontier park. The Okavango is also referred to as the Kavango; this version gives the overall name a better ring and the neat acronym of KAZA, using the first two letters of each river name

Modern conservation is about protecting indigenous biodiversity by achieving a land-use balance, by removing physical barriers and political borders to ensure healthy ecosystems, rather than guarding isolated patches of protection. KAZA is a manifestation of this ideal. It’s a true megapark, promoting conservation without borders across countries, parks and communal lands. In Namibia, the KAZA landscape embraces about 71,500 square kilometres with 22 communal conservancies and five national parks.

A central objective of KAZA is to enable natural wildlife movements. The area is home to almost half of Africa’s elephants. For these great grey herds, movement is vital. Namibia’s Zambezi Region, with its unfenced parks, lies at the very core of elephant dispersal in KAZA. The ability to roam is also crucial for the lion and African wild dog populations of Zambezi, as well as for buffalo, Burchell’s zebra and other herbivores. 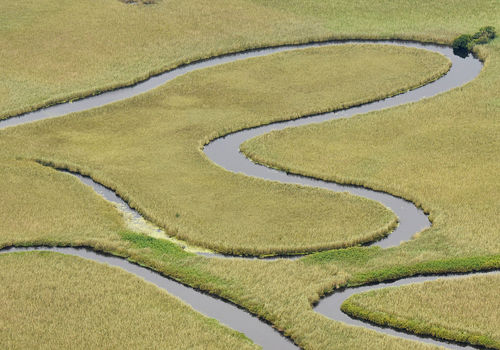 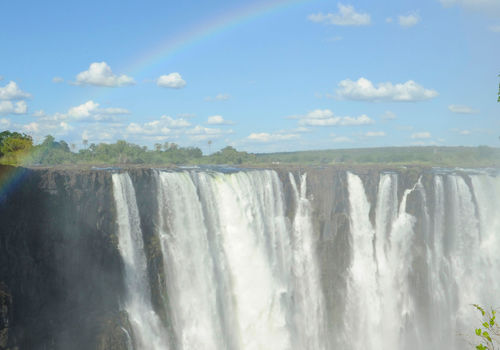 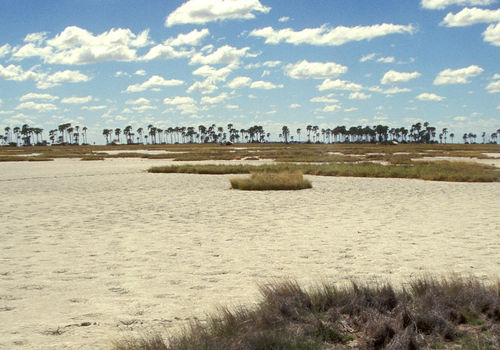 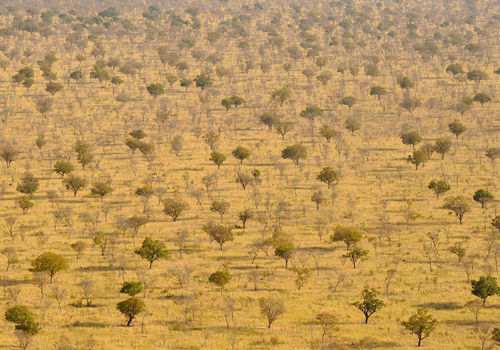 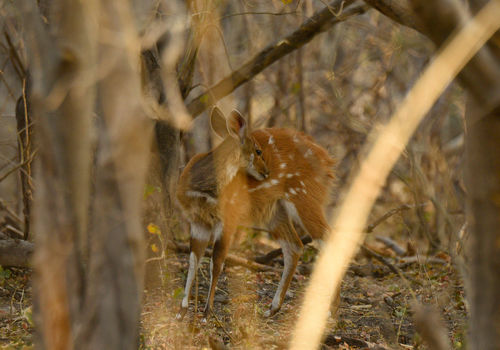 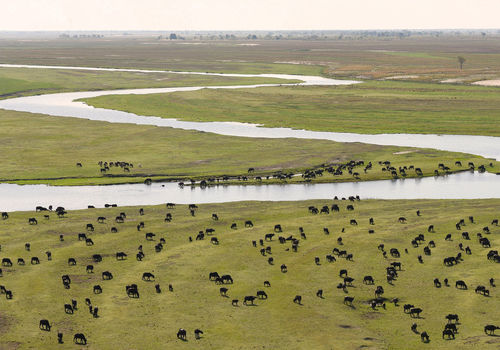 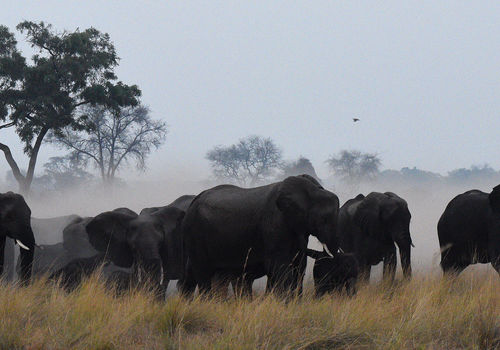 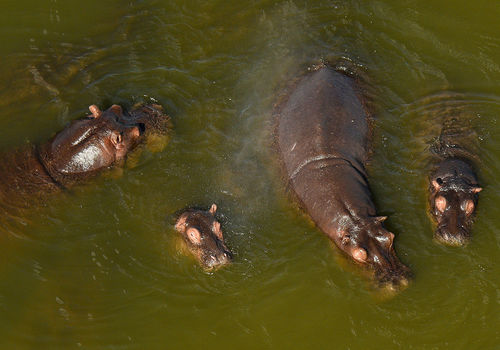 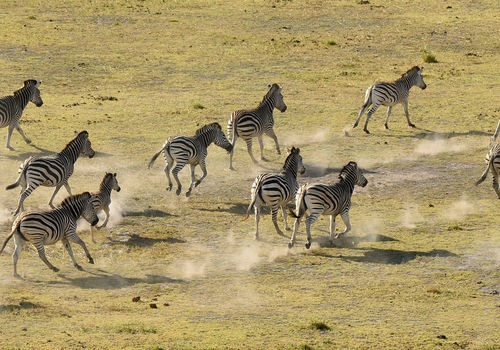 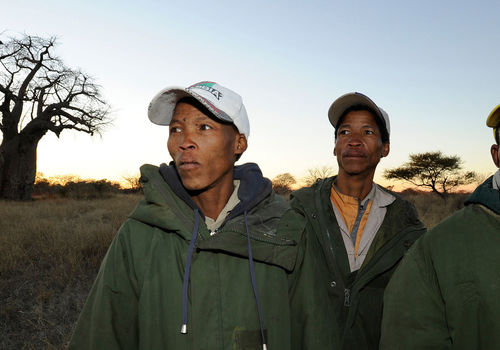