Namibia is thinly populated with few towns relative to its vastness and natural landscapes. It is interesting that several towns have museums, often privately run and a visit is definitely worthwhile. In this second article about museums in the country, we look at those in central Namibia.

The National Museum of Namibia in Windhoek dates back to the former ‘Landesmuseum’, which was established in 1907 during German colonial rule. It is situated along Robert Mugabe Avenue next to the national theatre. The museum is also called ‘Owela’, after a traditional old African game. Visitors can view three main sections being the historicalcultural heritage of various indigenous peoples in Namibia, and their clothing styles. A lot of information about the Himba, Herero, Nama and San people can be found here. The third section displays Namibia’s natural history and includes quite a few mounted animals on display

This small but very interesting museum of the Geological Survey is situated in the building of the Ministry of Mines and Energy opposite the Eros airport. It is the primary repository of geological specimens in Namibia. It houses a large collection of minerals and fossils. They range from 750 million years ago to a more “recent” dinosaur that lived some 200 million years ago. The MassospondylusDinosaur’s fossilised remains were only found in 1997 in the Etjo sandstone formation in the Waterberg National Park. Even fossil eggs from an ancestor of today’s ostrich - found in the Etosha National Park - can be viewed. Due to space constraints, several fossil specimens are kept in drawers and are not on display. On request, the curator can however allow interested visitors a peep. (Find out more about this in our story “Cradle of Animalia lies in southern Namibia”). A display on diamond mining and information of today’s mining sites around Namibia are also interesting.

The old fortress overlooking Windhoek dates back to 1890 and is a national monument as well as a museum. It was constructed by the German colonial troops and was their headquarters until 1915. The Alte Feste is the oldest surviving building in the city. In 1935, the fortress was converted into a hostel for the adjacent school. In 1957, it was declared a national monument. The building was renovated extensively in 1963, and since then accommodates several historic artifacts. After Namibia’s independence in 1990, the southern wing was home to a popular restaurant for a few years. Unfortunately, the 130-year old Alte Feste is currently not open to the public due to its state of dilapidation. There are plans for renovations and the German government has offered financial support.

If you are interested in the transport history of Namibia and the development of the railway network, a museum in the first floor of the Windhoek station building has the answers. It is housed in the historical station building, which was constructed in 1912 in Bahnhof Street. Namibia’s railway history dates back to 1902, when the first section of a narrow-gauge railway line was opened from Swakopmund to the hinterland. The transport museum opened in July 1993. It has a wide range of railway history and equipment, maps and related items dating back to German colonial times and the South African administration. Outside the building, several old steam locomotives can be viewed. For motoring enthusiasts there is also the private Old Wheelers Museum in the southern outskirts of Windhoek, where Namibia's motoring history like classic cars, motorcycles, engines, tools, and much morefind their home.

Inaugurated on 21 March 2014, this museum is dedicated to Namibia’s national liberation struggle and anti-colonial resistance. This museum is on a slope between the historic Christuskirche and the Alte Feste (old fortress) in Robert Mugabe Avenue. It replaced the equestrian statue (Reiterdenkmal), which was moved to the courtyard of the Alte Feste. The museum was designed and built by the North-Korean government company Mansudae. The ultra-modern structure is triangular with four floors and two glass elevators at the front. Visitors can get an impression of Namibia’s long liberation history displayed on three floors. The fourth floor houses a restaurant and a balcony with great views over Windhoek.For carnival fans, there is the private ‘Wika Museum’, in the Old Brewery Building, which houses memorabilia of the Windhoek carnival association. The first carnival in Namibia’s capital took place in May 1953.

On the way from Windhoek to Okaukuejo in the Etosha National Park travellers pass through the sleepy town of Outjo. Just up the road behind the well-known coffee shop is the Franke House. During German colonial days this stone house was the duty station of the erstwhile German military officer Viktor Franke. The house is the town’s museum since 1993 with information and displays about the history of Outjo. Visitors will discover various objects like old rifles, locally mined gemstones, antique furniture and old-fashioned milk carriages, once pulled by goats. The museum is run by the municipality and not always open. The tourist information centre can provide up to date info when it is available to visitors.

Some 200 kilometres east of Windhoek lies Gobabis, the biggest town of the Omaheke Region in the heartland of cattle farming. This town has a museum where a variety of old agricultural implements is displayed amongst others. Inside, a collection of historic artifacts is on display and information about the history of the various indigenous people in the Omaheke Region. The museum, which was established by private enthusiasts, was moved to the former library building and re-opened its doors to the public in 2011. The Museum Association of Namibia (MAN) and the municipality of Gobabis support the museum. The big yard around the building displays larger exhibits. The security system and electric fence were financed with the support of the German Embassy and a grant from the MAN. The municipality operates the museum.

The museum in Rehoboth some 90km south of Windhoek opened its doors in 1986, 116 years after the Baster community established the town. They left South Africa in the 1860s and settled at the hot springs of Rehoboth in 1870. The museum resides in the old postmaster’s building which was constructed in 1903. Since then it has been extended and renovated. It houses a unique collection of materials from the Rehoboth area, and provides an overview of the activities of the Rehoboth semi-autonomous government of the 1980s. A board of trustees appointed by the Rehoboth municipality governs the museum. The museum is part of an international network of museums and foundations. A display of the region's climate and flora and fauna can also be viewed. The Rehoboth museum is privately operated and is only open on prior arrangement. Guided tours are available for individuals and groups.

Some 250km west of Windhoek lies the quaint town of Omaruru along the banks of the river with the same name. Mainly Herero-speaking Namibians under Chief Wilhelm Zeraua inhabited it long before colonial times. The famous Swedish trader Axel Eriksson set up a trading post there around 1868 and became a good friend of Chief Zeraua. In 1872, the German Rhenish missionary Gottlieb Viehe constructed his house in themain street. Today this 148-year old mission house is a national monument. It also serves as a small museum. The Omaruru municipality manages it. Visitors wanting to view the museum can enquire at the municipality where the key is kept.

The largest privately run museum in Namibia is in Swakopmund. It was founded in 1951by the dentist Dr Alfons Weber, who was a diligent collector of historic artifacts. He first housed them in his wooden shed next to his dental practice. Some ten years later, the museum was moved to the old customs shed near the beach. Since then it has been enlarged several times. The Museum has numerous sections with displays of minerals, indigenous flora and fauna as wellas historical and cultural artefacts and various dioramas displaying the seals, birdlife in the coastal region and desert scenes.The original furnishing of the old Adler Pharmacy is on display together with Dr Weber’s dental practice, a rare sight! The culture of Namibia’s indigenous people is shown by a collection of original musical instruments, woodcarvings, weapons and domestic utensils.

The Walvis Bay museum is located in the huge municipal building‘s west wing and entry is gained via the library. It concentrates on the history andmaritime background of Walvis Bay, but also has archaeological exhibits, a mineral collection and natural-history displays of the coast. It also presents an overview of the harbour town’s history, some maritime history and exhibits. Visitors also find interesting information about the Topnaar community, thathas livedalong the nearby Kuiseb River formany centuries (see our story ‘Topnaars –forgotten community). 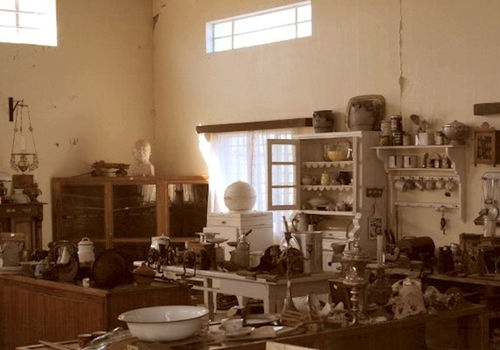 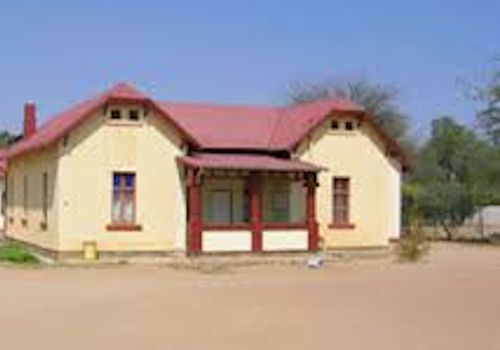 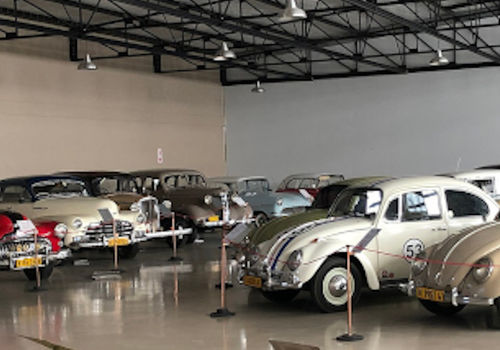