Invasive Prosopis Trees A Threat For Nature And Agriculture

Driving on the gravel road from Bitterwasser past Hoachanas to Stampriet east of Mariental travellers encounter a dry riverbed parallel to the road. The riverbed is full of green trees, a pleasing sight in this dry and barren part of Namibia. This green belt in the Auob River is treacherous however, as it consists mainly of Prosopis trees, an alien invasive species threatening indigenous flora since it also competes for underground water.

Small livestock are fond of these trees as they provide shade and their pods are very nutritious. The long spikes on the Prosopis twigs and branches can cause pain and is a danger for large livestock like cattle and bigger game species like kudu. The spikes of the often impenetrable Prosopis ‘forests’, such as in the Auob River, prevent animals to penetrate these thickets. The spikes are also a threat for the vehicle tyres!

Origin of the Prosopis in Namibia

Prosopis was introduced to Namibia more than a century ago. According to local tree expert Luise Hoffmann Prosopis chilensis was imported to then South West Africa in 1912 by the German botanist Kurt Dinter. The species was to provide shade and fodder in the arid southern parts of the country. Prosopis trees originate from the south-western United States of America where they are indigenous and are also known as mesquite. They were first brought to South Africa in the 1880s by John Marquard. More seeds were then imported regularly to introduce the plant in the Karoo and the Northern Cape. Farmers from there who settled north of the Orange River in southern Namibia later on during German colonial times allegedly brought Prosopis pods and seeds along, since they grow fast, and their pods provide fodder for livestock. The seeds are indigestible and are spread by livestock and wild animals through their droppings. More Prosopis species were “accidentally” introduced to Namibia with horse fodder, according to Hoffmann. Although at least three species are known, the P. glandulosa, and P. juliflora are the most well-known, as well as hybrids from cross-pollination.

More than a century later, Prosopis trees have infested the Auob and the Nossob rivers, as well as the Fish River near Mariental. The part of the Fish River at Gibeon, some 60 km southwest of Mariental is also heavily overgrown. A community project was started to get rid of Prosopis, to create grazing areas and provide jobs through charcoal production and cutting the trees into smaller logs for firewood. The firewood is sold to tourism lodges in the area among others.

The Klein Windhoek River just north of Windhoek is also overgrown with these trees. Several farmers have in recent years started to exterminate the Prosopis trees in the Auob River, and to date several kilometres of the riverbed have been cleared from them. Attempts were made to start a small furniture factory at Leonardville, to produce furniture from the hardy wood of older Prosopis trees. A few years ago, a local company was formed which produces wooden flooring from these trees for decks of tourism lodges. It is difficult to destroy the trees, as the stumps left behind in the soil regrow quickly and the pods contain many seeds.

Windhoek is the ‘Prosopis City’

Already in the 50s, the Windhoek municipality introduced a by-law prohibiting the planting of Prosopis. Due to their invasive nature and spreading root system, they are a danger for water and sewerage pipes. The municipality undertook several attempts to chemically kill off these trees. Their yellow flowers cause bad hay fever in summer.

The Namibian government has recognised bush encroachment as a key challenge for the national economy and food safety. The De-bushing Advisory Service Namibia (DAS) is a public service institution of the Government and was established in 2016 in cooperation with Germany’s Gesellschaft für Internationale Zusammenarbeit (GIZ). Its mandate is to inform and advise on bush encroachment, bush control and biomass utilisation from these species like animal fodder, charcoal for barbeques and wood chips as fuel for power generation. “Up to 45 million hectares of farmland in nine of Namibia’s 14 regions are affected,” states DAS. “This equals about one third of Namibia's land area. Bush encroachment has negative impacts on livestock, groundwater recharge, tourism and biodiversity.”

The most widely spread and dangerous alien invasive species in Namibia is Prosopis glandulosa, mainly confined to riverbeds and nearby areas. They tend to outnumber and eliminate indigenous species reducing ephemeral flow in riverbeds through groundwater abstraction.

The latest project to combat Prosopis was inaugurated in the small village of Okombahe in the Erongo Region. The Social Security Commission (SSC), a government authority, in partnership with the Rössing Foundation, has revived a de-bushing project at Okombahe to halt the spread of the invasive Prosopis trees in that area. A small machine grinds young Prosopis twigs to animal fodder, which is mixed with other substances. In addition, the villagers of Okombahe also produce firewood and short poles – called ‘droppers’ - from Prosopis for farm fences.

Namibia’s eastern neighbour Botswana has started a project in November 2019 to eliminate Prosopis in the southwestern Kgalagadi District. The Forest Conservation Botswana (FCB) authority has set aside one million pula (about 80,000 Euros) to support the villages of Kokotsa and Lokgwabe to root out the trees, produce animal fodder from the green branches, and produce charcoal from the wood. Interestingly this alien species –called ‘sexanana’ there - was introduced in Botswana in the early 1980s to address desertification and soil erosion in the area.

In South Africa Prosopis is tackled with other invasive species with the Working for Water (WfW) programme, since 1995. The Department of Water Affairs and Forestry started the project. The WfW is now run by the Ministry of Environmental Affairs. The WfW programme cooperates with other government authorities, foundations, the private sector and communities. Since 1995 the WfW cleared over one million hectares of land of alien species, among which Prosopis, and provides jobs and training to about 20,000 people per annum, mostly from the most marginalised communities.

A team from DAS was recently invited to Somalia to inform local communities about sustainable bush control. The Namibians were also asked to provide technical advice on how to use Prosopis as alternative animal fodder. According to DAS, Somalia's Saaxil Region is affected by Prosopis juliflora

which jeopardise the productivity of agricultural land, irrigation systems, the water flow of permanent and temporary rivers and the indigenous plant biodiversity. 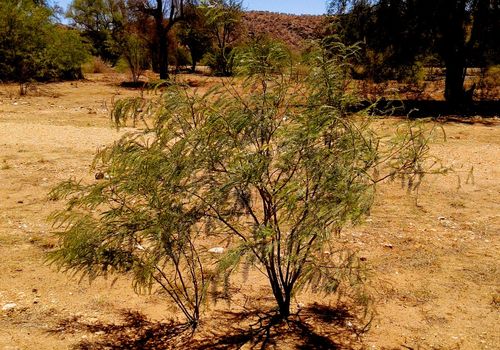 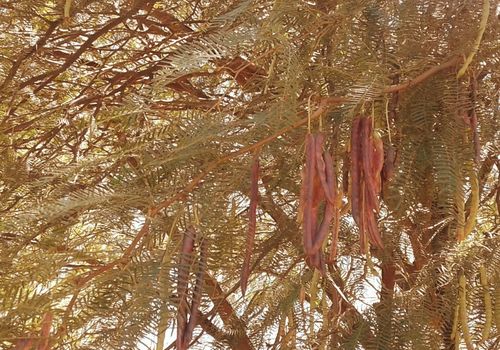 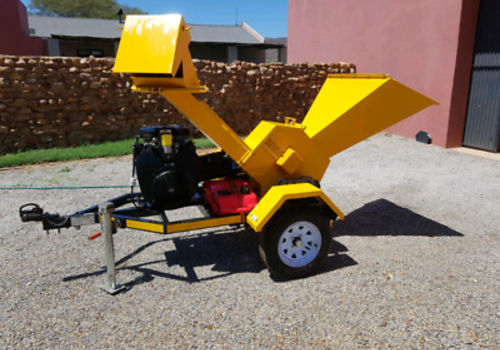 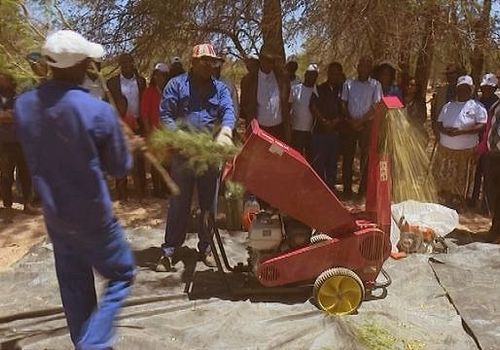