A new project has recently been launched in the Erongo Region. Valuable organic oil is obtained from the nuts of the evergreen jojoba plant: good for the cosmetics industry and a livelihood for rural residents near the Omaruru River. The first jojoba festival took place at the end of 2019 in the vicinity of the Omdel Dam east of Henties Bay - right in the middle of the desert! Various partners from Germany, Switzerland and Namibia celebrated the first jojoba plantation for subsistence farmers with over 4,500 young bushes planted.

Although jojoba has been commercially grown on the Swakop River outside of Swakopmund for some years and the cold-pressed oil has been exported to Europe for cosmetic companies, the partners also wanted get socially involved.

The idea of involving subsistence farmers has now become a reality: Rosa Smit and her family of 11 children have lived on their small farm, Gubasen near the Omaruru River for many years. Thanks to the recently established Jojoba Foundation for Namibia and its international donors, the first plantation was laid out there.

Jojoba opens door of opportunity for family in Erongo

“A piece of the Namib Desert has been transformed into a 4.5 hectare plantation through clearing, fencing, irrigation infrastructure and planting about 4,520 young plants,” says Gero von der Wense.

He is a trustee of the Jojoba for Namibia Foundation. “The cost was N$ 1.1 million (about 68,750 Euros); thanks to our sponsors, the money came together,” he says.

Rosa Smit and her family received training on how to care for the plantation. "Jojoba plants develop long tap roots," explains von der Wense.
In just under four years, the first nuts from which the valuable oil is pressed can be harvested. Smit will sell them at good prices. "The certified company at Swakop by Oliver Rust, Namib Desert Jojoba Oil Producers, will cold-press the valuable oil and export it," says von der Wense.

Farm Wüstenquell is also involved as there is plenty to do; the many small plants have to be grown and seeds must be produced. The international demand for the versatile organic oil is huge.

As soon as Smit’s plantation is profitable and successful, more rural people can also join in other areas of Namibia. However, not all parts of the country are suitable for jojoba plants. "Through the social component, the Foundation wants to help suitable target persons with their families to achieve a sustainable income and bring economic activities to remote areas", Van der Wense explains

"We are very grateful for this opportunity, which is a blessing for us," says Smit. "Our children will also have good earnings for years to come."

Jojoba is a useful and frugal plant; it needs little water and even tolerates brackish water that is often found in Namibia, yet non potable to humans. The jojoba plant (Simmondsia chinensis) belongs to the carnation family, the only genus in the Simmondsiaceae family. So there is only this one species in the plant family that belongs to the order of the carnation-like (Caryophyllales) plants. It is native to Mexico, California and Arizona, the name 'Jojoba' comes from the language of the local Tohono O’Odham Indians.

There are male and female plants, which are fertilised through wind pollination. Jojoba plants can reach a height of up to 3 metres and can live up to 200 years. The nuts ripen once a year and are harvested to press the valuable wax - generally known as oil. The highest quality of jojoba oil is obtained from plants up to 40 years old. In older plants, the quality of the oil diminishes.

Today it is hard to imagine that jojoba wax was only used as industry grease at first. In the 1940s it was a lubricant for industrial high-precision tools. It also served as the basis for car wax, floor wax and furniture polish, and does not oxidise.

Since the fat of the endangered sperm whale has been banned in industry, jojoba oil is now used in the cosmetic and pharmaceutical industry.

However, it can do much more: due to its chemical structure, jojoba oil is actually a liquid wax and resembles the sebum of human skin. It regulates the sebum production of human skin and thus balances the moisture of all skin types. The cosmetic and pharmaceutical industries have now discovered this “liquid gold”. No wonder that large [natural] cosmetics manufacturers worldwide need organic, cold-pressed jojoba oil in large quantities.

It also has a natural sun protection factor 4. Due to its antibacterial effect, jojoba oil accelerates the healing process of minor abrasions and relieves sunburn. It also contains important minerals, pro-vitamin A, as well as vitamins B and E.

Virgin jojoba oil usually has a golden-yellow color, does not become rancid and can be kept for up to 25 years. It can be heated to over 300 degrees Celsius without losing quality. Interestingly, it freezes in the deepfreeze, while other oils remain liquid. It has a low melting point at seven degrees. It is therefore used in the pharmaceutical and cosmetics industry as a carrier for substances sensitive to oxidation, because it mixes well with other oils and fats. It can also act as an emulsifier.

Various project partners for the foundation

One of the best-known natural cosmetics groups in Germany among the official partners in the Namibian jojoba project is Annemarie Börlind Natural Beauty. The University for Sustainable Development in Eberswalde and the University of Hohenheim could be won as scientific partners. The Julius Baer Foundation, based in Switzerland, is also involved.

A little bit of Namibia in cosmetics

In Namibia, the quantities of jojoba oil extracted are still quite small. "This is why we also use organic jojoba oil from other sources," the Börlind Group tells its customers, who are informed about Namibia as a source and the associated social project.

"We guarantee that at least ten percent of the jojoba oil used in our products comes from the Jojoba for Namibia project and we want to increase this percentage as the project plantations grow," says the cosmetics manufacturer. 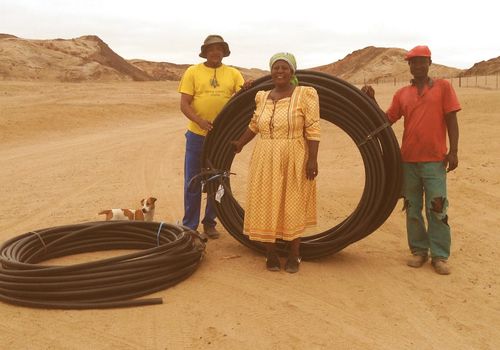 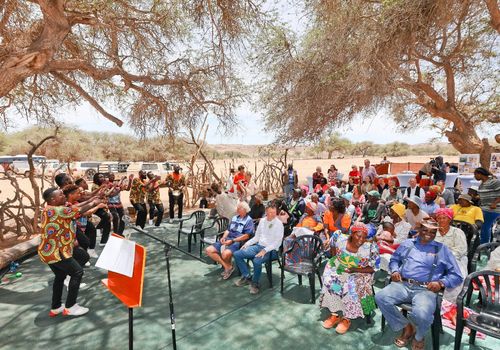 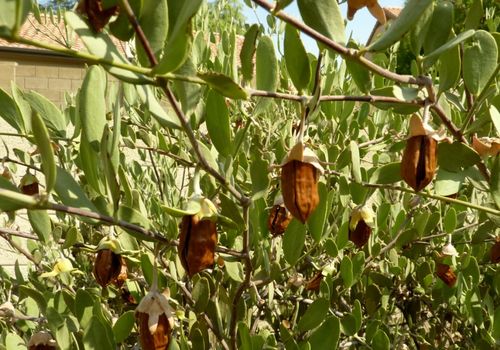 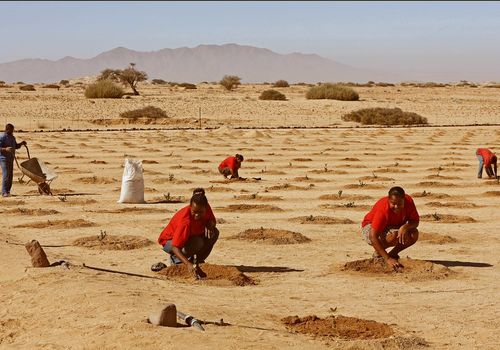