Sunsets along the Namibian coast are quite spectacular, especially on sunny days, and are a lovely way to wrap up a relaxing afternoon at the beach. No wonder everyone becomes a photographer to create a picture memory when the sun kisses the Atlantic Ocean. Seabirds flying past make such an awesome moment even more special. The ‘bird island’ just north of Walvis Bay on the coastal road to Swakopmund is the ideal ‘platform’ for sunset photos in more than one sense. Thousands of seabirds like cormorants and pelicans as well as seagulls and occasionally flamingos can be viewed with constant bird arrivals and departures resembling a busy airport.

Only a closer look reveals that this ‘island’ some 400 metres away from the beach is actually an artificial platform built from wood. It was created ninety years ago in 1930 in the hope that seabirds would roost and breed there and produce a lot of dung or ‘guano’. This dung, after some processing, is a much sought-after and valuable fertiliser for agriculture and gardening. A German entrepreneur from Swakopmund, Adolf Winter saw the business opportunity for guano and despite many setbacks, eventually realised his dream by creating ‘the largest table in the world’. At the same time, this platform is an important breeding place for diverse seabirds and became a viewing hotspot for bird lovers.

Guano is the white gold of the oceans

Interestingly guano is mainly harvested along the west coast of South America and southern Africa, both have cold ocean currents flowing along their coastlines, creating a cold and dry coastal climate, excellent for the bird dung to be preserved and not bleached and washed away by rain. The indigenous Incas and other locals in South America already knew the value of guano as fertiliser for their fields centuries ago. The word ‘guano’ is derived from a local language in South America where it was called “huano”. The Spanish colonisers called it “guano”.

A rush for guano began in the 1830s for the next ten to 20 years with a scramble for the coastlines of Peru and southwestern Africa. Guano became very popular as fertiliser due to its high nitrogen content and was called ‘white gold’. According to old newspaper reports from Cape Town in those days, about 700,000 to 800,000 tons of guano were removed in a few years from Ichaboe Island and other islands, disturbing the breeding birds.

The guano layers were scraped and crushed by about 2,000 labourers during peak times, then loaded onto flat-bottomed rowing boats and brought to the ships anchored out at sea. Due to the rough Atlantic Ocean, this was quite a dangerous job and sometimes there were squabbles due to the tough competition. The British Navy dispatched a warship from Cape Town to the southern coast of Namibia to maintain order.
Dozens of sailing ships would wait near Ichaboe Island off the Namibian coast for their turn to load guano, which has a distinct smell.

The dream of Adolf Winter

Born in 1881 in Germany, Adolf Winter left school at the age of 14 and became a cabinetmaker. In 1911, when he was thirty years old, Winter decided to emigrate to then South West Africa (now Namibia). There he soon had his own carpentry workshop in Swakopmund and a year later, he had saved enough money so that his wife and young daughter could travel from Germany by ship to join him.

In 1923, Winter travelled to Walvis Bay by train for the first time and he noticed a large, rather flat rock in the sea just north of the harbour town, where many birds could be seen. On his return trip a few hours later, the high tide had submerged the rock and the birds had gone. Winter kept an eye on that rock over the next few years and wondered what could be done so that the guano would not be washed away. He was aware that guano was a popular fertiliser.

In her book about her great-grandfather and his pioneering guano harvesting methods, Anita Gossow writes that Winter approached a local business man who had similar ideas and had leased the rock from the South African port authorities since 1925, to build a small wooden platform near the rock as a test. His offer was declined. In 1930, when the lease agreement ended, Winter took over the lease of what was then called the bird rock and erected a 4 x 4-metre platform and three metres high nearby, closer to the beach. “Barely five minutes later the first sea birds flew to that platform,” Gossow quoted her great-grandfather in the book. The platform withstood the rough seas. He built a slightly larger platform two months later, which was also successful. Winter then planned a large platform, although it was the worldwide big economic depression, which also affected Namibia.

A unique construction on 1,007 poles

In 1931 Winter ordered custom-made metal stilts to his specifications from Germany. They were only 5 cm in diameter and were made of a chrome, copper and iron alloy. Their top-end was inserted into strong wooden poles. They, in turn, were strengthened by four wooden pieces fastened at a 45-degree angle on each side. Each pole thus had five points at the top to carry the wooden planks that would shape the platform. The pillars were connected horizontally with strong wooden beams and level with their height to provide additional support for the planks nailed on to them.

Interestingly the metal stilts with their wooden tops were not drilled into the flat rock, but placed loosely on it, according to the book of Gossow. The construction remains in place due to the sheer weight of the platform on top. “The 5-cm thick metal stilts provide very little resistance areas for the ocean waves, the author noted.

The initial platform size in 1931 was 1,600 square metres. Six years later, it doubled in size and in 1939, Winter enlarged it to its current size of 17,000 square metres, built on 1,007 stilts! No wonder, this bird island is recognised as the largest man-made table in the world.

Still in 1939, Winter established a company, called “Atlantic Guano Syndicate”. As could be expected, the Second World War brought restrictions, but Winter had good harvests and by 1943 could pay off all his loan debts, as he had to endure financial hardships while pursuing his goal. In 1944, during the War, he encouraged his grandson Adolph Groenewald to join his guano business.

After 1945, prices for guano improved, although the South African authorities, which governed Namibia still enforced some restrictions. Winter’s guano became increasingly popular, as it is virtually pure, with no sand as it came from the wooden platform. Additionally, it contains 16 percent nitrogen (double than that of island guano), 9 percent phosphoric acid and 4 percent pot ash. The Cape Cormorants are the biggest guano contributors, with pelicans coming second. The guano is harvested once a year for about four weeks after the breeding season.

Over the years, there were potential competitors and obstacles. The lease agreement was always short-term and it was not easy to negotiate for renewal. Guano was (and still is) classified as a mineral, which became an issue with South Africa. Only in 1953, a longer lease agreement until 1972 could be negotiated. In the eighties, there were even calls to remove the guano island because the smell of the guano allegedly was hampering the fledgling coastal tourism industry of Walvis Bay. Today, the bird island is very popular amongst bird viewers.

The pioneer Adolf Winter died in 1960, aged 79 and his grandson Adolph took over, running the successful family business until 1992 when his son succeeded him, the fourth generation. The guano is not shipped to South Africa for cleaning and exporting anymore, but is processed by the company in Swakopmund. The bags are then transported to Walvis Bay and mainly exported to Belgium.

The value of this artificial island for seabirds, their sustainability and for tourism is another positive side effect of Namibia’s guano industry. 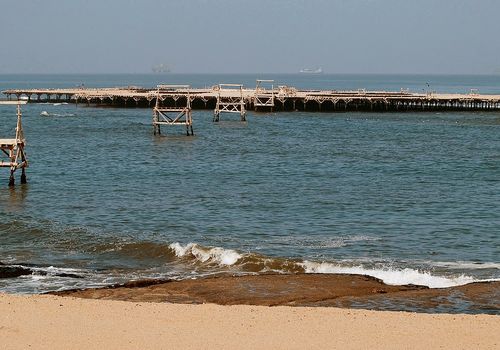 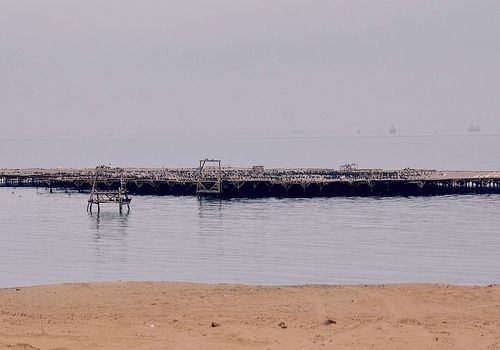