After many years, the BaTswana cultural group of Namibia finally has a new leader. Chief Andrew Kgosiemang, was recently inaugurated as the new head of the BaTswana community.

All roads led to Aminuis, when young and old flocked to witness and be part of history in making. Now, everyone looks forward to a bright future and hopes that this is the ushering into a new arena for the BaTswana of Namibia. 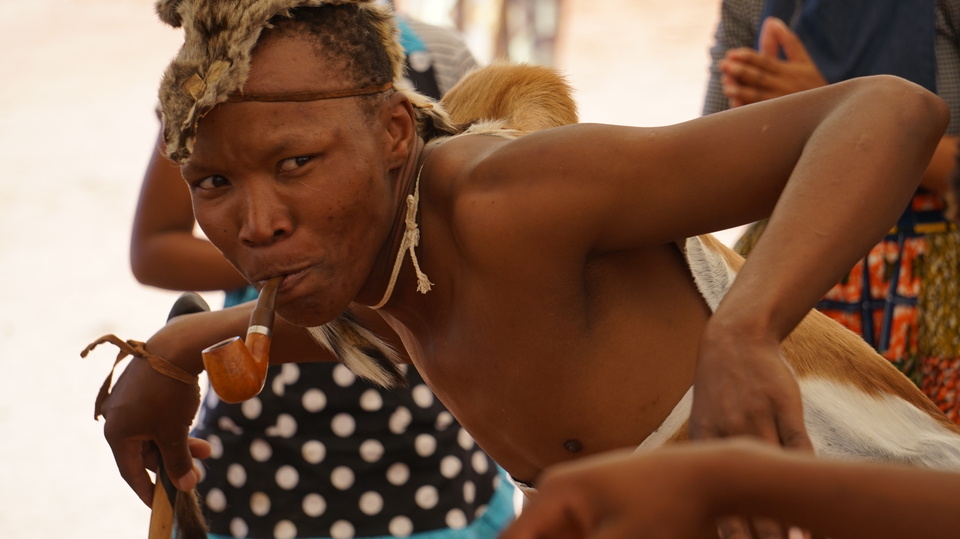 This small cultural group estimated at about 6 000 people, call the Kalahari their home. They have an interesting history, interwoven with that of Namibia. They are often forgotten or rarely spoken of. But the rich culture and traditions of the smallest population group in Namibia are as strong as ever, and have enriched Namibia greatly.

Most of the BaTswana people in Namibia can trace their roots to the Kuruman area in South Africa. It was from here that members of the BaTswana started trading in Namibia in the 1800’s. As far inland as Omaruru and Otjimbingwe, and as far north as the Aawambo areas, the BaTswana became known as formidable traders. 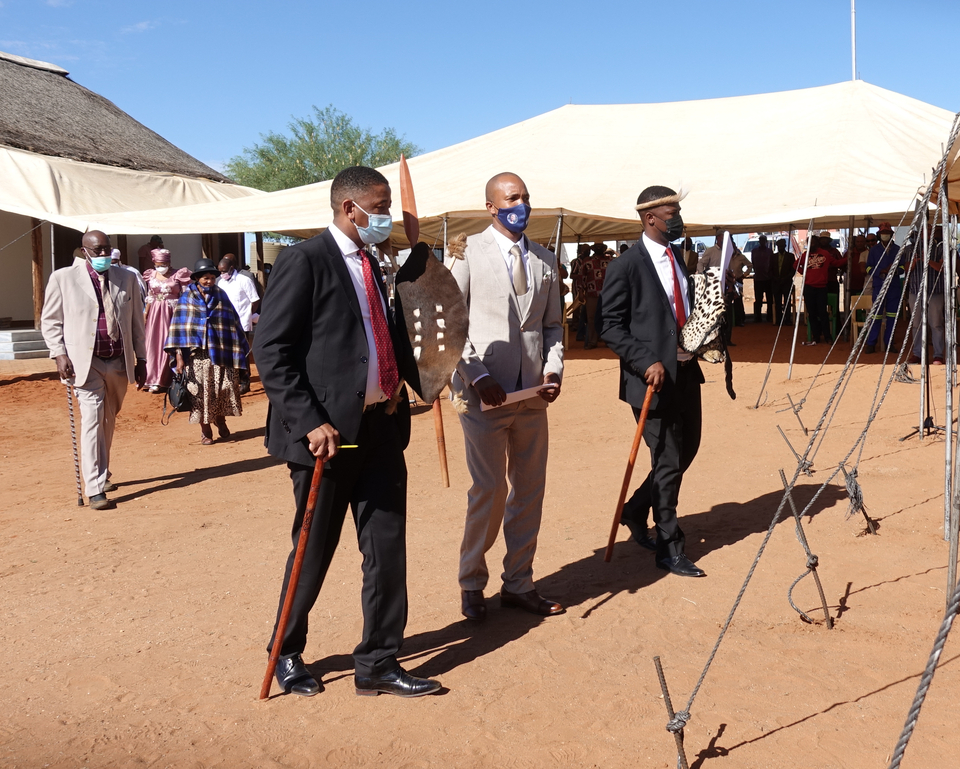 In the 1850’s some members of the BaTswana decided to negotiate with the Kai/Khun chief, Amraal Lambert about land, which he availed in the eastern part of Namibia. Until the 1890’s, they extensively moved in and out of the area, moving between Botswana, Namibia and South Africa, when opportunities arose. In 1890, they settled at Aminuis.  It was during this time that they were pushed westwards and saw the possibilities of trade with Afrikaaner Voortrekkers and the OvaHerero to the west. This caused tension with the Kai/Khun and Amraal Lambert, and the two groups constantly clashed, resulting in many deaths.

Although the German colonial government initially did not have a fixed policy regarding the settlement of the BaTswana, they were supportive towards settling them within the country’s borders. It was in 1895 when they were requested to stay at Huguis, near Aminuis. They were regarded as “industrious” and their excellent knowledge of stock farming made them welcome to settle in small numbers in some of the poorly populated areas of the colony. 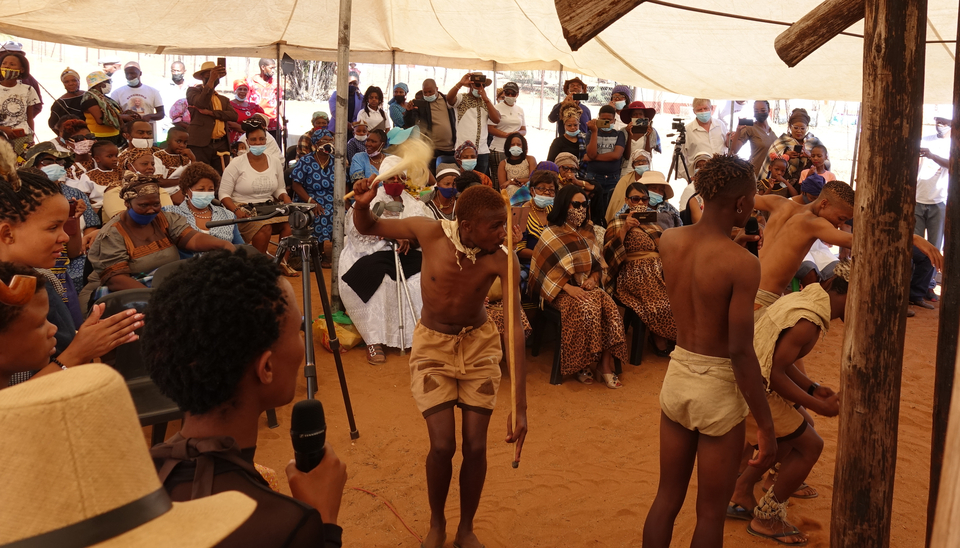 After the military station was built in Gobabis in 1896, the Aminuis area was regularly patrolled to prevent San hunters from laying veld fires in the area and to curb illegal trade between the BaTswana and the OvaHerero. They usually traded firearms, ammunition and, horses in exchange for cattle.

The BaTswana remained at Aminuis with their chief, Morwe who passed away in 1902. His succession caused great tension among senior members of the community. More and more people desired to leave Arminius and settle elsewhere. During this time, in 1902-1903, the small community split, with one part remaining at Aminuis and the other wanting to move to Epukiro. Since the mission station at Epukiro did not exist at that time, they moved to a place called Dikgokonyeng, situated about 80km southeast of Gobabis. It is not known how long the communities stayed there, but according to oral tradition, it was at least a few months. Even though there were internal conflicts within the group, it is also believed that they were also influenced by the idea of the establishment of a Roman Catholic mission at Epukiro. 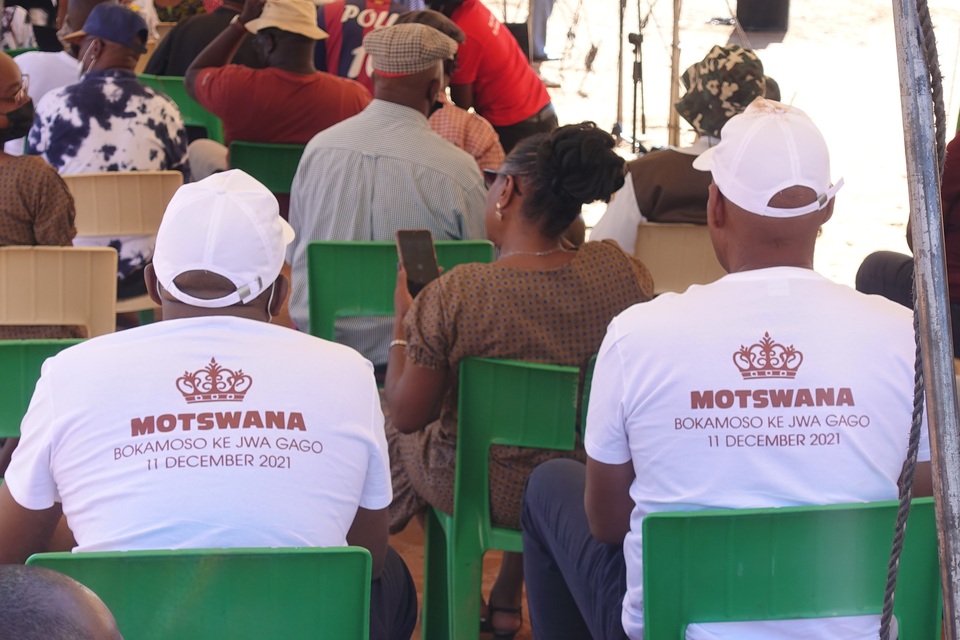 Today, on the road to Aminuis from Gobabis, a large dead tree can be seen, reminding passers-by of this rather sad part of BaTswana history. It is still known as the place where the BaTswana community split.

Aminuis continued to be the home for most BaTswana and in 1920, the OvaHerero who were in the Rehoboth Gebiet, and the ones settled at Orumbo, were resettled at Aminuis, under the leadership of Chief Hosea Kutako. It was during that time that the Administration opened the “Corridor” area for emergency grazing for the inhabitants of Aminuis. 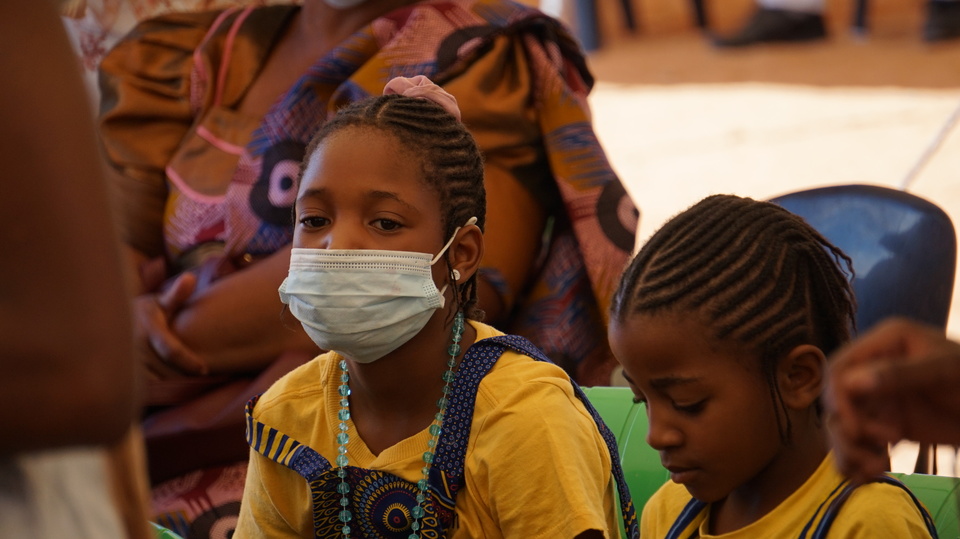 With the arrival of the OvaHerero, more pressure was put on grazing fields, and the Corridor area was opened frequently to relieve this pressure.

With the Odendaal commission in the 1960’s, it was decided that the Corridor area would become Tswanaland. By 1971, most of the BaTswana from Aminuis were moved to Tswanaland, but the intended proclamation of Tswanaland did not materialize. The BaTswana administration purchased further farms in the Gobabis district to settle their people. Today, most BaTswana live around the Aminuis Pan, at Epikiro and in the Corridor area. 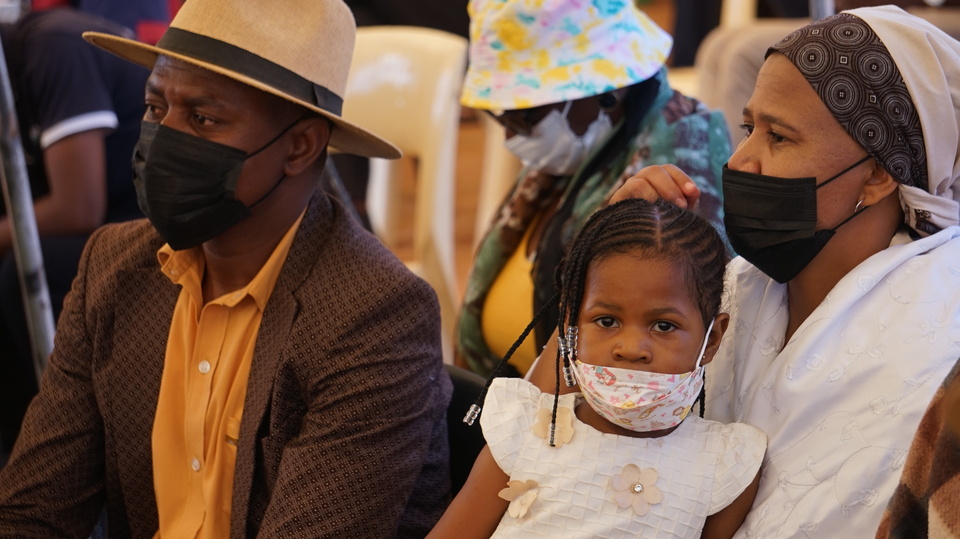 In 1978, Chief Constance Kgosiemang, took over the rule of the BaTswana Traditional Authority. He passed away in 2012 and it took many years for them to inaugurate a new leader. Now, his youngest son, Andrew, will lead his people.

Gondwana Collection proudly supported the BaTswana Traditional Authority, and assisted them with transportation during this time, we are delighted that the BaTswana of Namibia once again have a leader they can call their own. 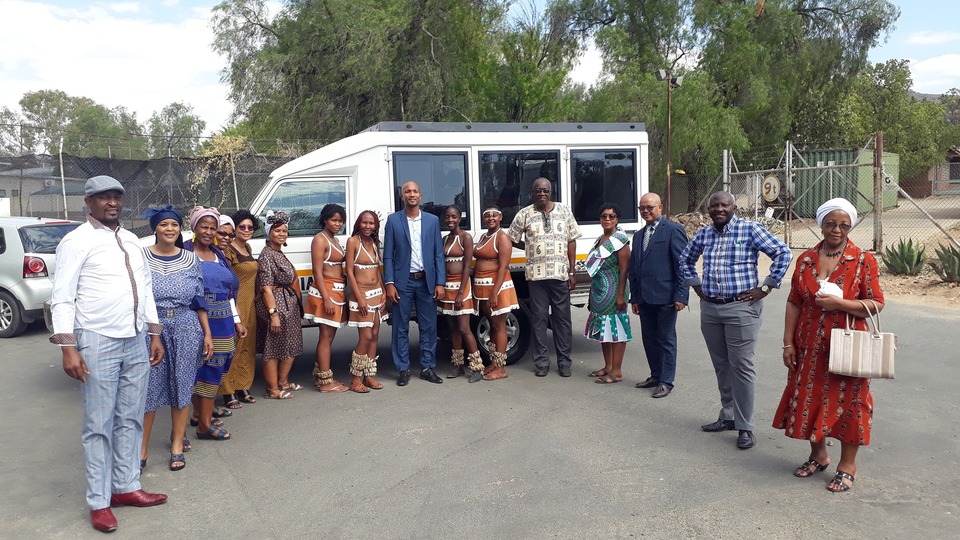