Namibian Economics To The Point - November 2019

After a five-year pause, Namibia will start exporting game meat in due course targeting the Netherlands, Germany, Italy, France and the United Kingdom as markets.

A joint German-Namibian initiative started a project to grow jojoba plants in the Namib Desert near Henties Bay. Jojoba oil is highly sought after in the cosmetics industry.

At Lüderitz the administrative offices of the Tsau Khaeb (Sperrgebiet) National Park were inaugurated.

Local newspaper reports of an alleged bribery scandal in the fisheries sector this month led to the immediate resignation of the Fisheries and the Justice Ministers.

Inflation in Namibia stood at 3.0 percent at the end of October, according to the National Statistics Agency (NSA).

NamPost and Germany’s KfW development bank signed a concessional loan agreement of N$325 million (20 million Euros) to provide micro-loans to micro-, small- and medium-sized companies and households in rural and remote areas via NamPost subsidiary PostFin. The funds are backed by a sovereign guarantee and aim at extending the respective access to finance for up to 28.000 households and micro-, small- and medium enterprises (SMEs), with a special focus on women and disadvantaged persons.

Gerlinde Sauer, Counsellor for German Development Cooperation, highlighted the importance of access to finance for private sector development and employment creation in Namibia. “The financial cooperation of KfW and NamPost is an important pillar of the German support to Namibia in the field of sustainable economic development as one of the focal areas of German development cooperation,” she said.

Kudu gas project on the backburner for now

Government has put plans to develop Namibia’s offshore Kudu gas field 140kms east of Oranjemund on hold – for now, Mines and Energy Minister Tom Alweendo stated. The private investment partner wanted government guarantees, which were declined. The Norwegian investment partner BW Kudu however said a few days later that the project would still go ahead. BW Kudu has a 56 percent stake and the National Petroleum Corporation of Namibia (NamCor) has 44 percent in the project. Reacting to the government stance, BW Kudu's general manager Klaus Endresen said major work and resources have been spent on examining how best to develop the Kudu gas field to benefit Namibia. “The original Kudu gas project is undergoing change to adapt to the new plans,” said Endresen.

On 13 November, a local newspaper reported that two Cabinet Ministers and three business people allegedly received kickbacks from the Icelandic fishing company Samherji in return for fish quotas. By lunchtime the same day, the two implicated Cabinet members resigned. They are (former) Fisheries Minister Bernhard Esau and former Justice Minister Sacky Shangala. Esau and one of the implicated business men, Ricardo Gustavo were arrested on Saturday, 23 November. Esau was released the next day because the arrest warrant was faulty and thus invalid. The Anti-Corruption Commission (ACC) said it would prepare a new arrest warrant. On 27 November, Shangala and a second businessman James Hatuikulipi were arrested. Esau was re-arrested the same day. President Hage Geingob has in the meantime directed the acting Fisheries Minister, Dr. Albert Kawana, who is also the Attorney General, to investigate corruption in the fisheries sector.

The new infrastructure is part of a long-term joint development programme to improve Namibia´s national parks, co-financed by Germany through its KfW development bank

which since 2003 allocated over 44 million Euros (about N$700 million) to the programme to date.

The municipality of Walvis Bay invited representatives of the tourism industry of both the private and the public sector this month for a meeting to discuss the establishment of a tourism forum. It was decided to set up the Forum to increase and develop the tourism potential of the harbour town.

Walvis Bay also became a hive of activities on 17 November, when the luxury passenger ship ‘Queen Elizabeth II’ docked at the new passenger terminal of the harbour town. The QE2 had 1,915 passengers and 998 crew on board. It arrived from Santa Cruz de Tenerife and stopped for nine hours so that passengers could visit local tourism sites around Walvis Bay and Swakopmund. At sunset, it left the port with Cape Town as its next destination.

In the sleepy village of Kalkfeld, which lies between Omaruru and Otjiwarongo, a brand new petrol station was inaugurated this month next to a new shop that opened its doors for business very recently. Both enterprises are owned Ekundi Farming & Transport, belonging to Günther Kahl, whose family is farming in the area since many years. A stop over at Kalkfeld to refill their vehicles also provides tourists also a new shopping experience.

Two French tourists have been arrested east of Grootfontein this month for being in possession of two small pieces of raw ivory, weighing 117 grams together. The man and woman, aged 32 and 33 respectively were released on bail and on 21 November the Grootfontein magistrate’s court found them guilty. They each had to pay a fine of N$25,000 (about 1.550 Euros).

A joint-German Namibian initiative and the Swiss Julius-Baer-Foundation embarked on a project to assist rural people earning income through jojoba nuts. In the Erongo Region, some 4.5 hectares were planted with 4,521 young jojoba bushes. The universities of Hohenheim and Eberswalde in Germany and the cosmetics company Annemarie Börlind support the ‘Jojoba for Namibia Trust’. Rural people near the Omdel dam and the Topnaars along the Kuiseb in Erongo and families in Kavango-East received support to plant jojoba bushes. Their nuts can be harvested annually in a few years. They contain a valuable oil, which is widely used in the cosmetics industry. The project near the Omdel Dam was inaugurated this month. Jojoba plants require little water and are heat resistant. 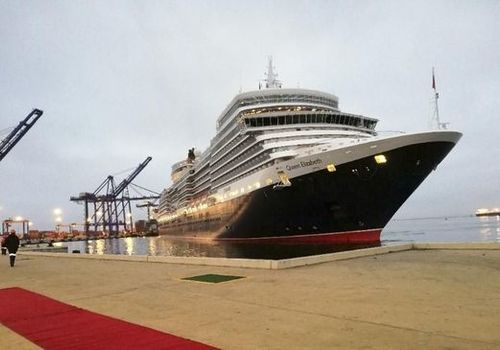