Namibian Economics To The Point - May 2020

Some parts of Namibia received their final rain showers in the first few days of May as winter slowly approached towards month end. The news Finance Minister Ipumbu Shiimi tabled the budget for the financial year 2020-21 in Parliament.

Within the Covid-19 measures under the state of national emergency, the countrywide lockdown ended on 5 May, and residents can travel to all 14 regions again. The national airline Air Namibia has resumed flights within Namibia, with strict Covid-19 measures for passengers. The borders still remain closed, except for emergency travel and the transport of goods. All inhabitants must wear facemasks in public. Gatherings of more than 10 persons were still prohibited this month. From June, gatherings of up to 50 people are permitted, the President announced on 28 May.

Restaurants are open for take-aways and may welcome sit-down guests from June, who must book tables in advance. Alcohol may also be sold again next month. Cinemas and theatres can also open again.

The harbour town of Walvis Bay remains under the current Stage 1 of the lockdown until 8 June, due to some imported Covid-19 cases.

Schools will re-open on 3 June but in phases.

The government has announced in the official Gazette, that between May and July, companies may not retrench employees, and salary cuts may only be done after consultations with staff. Two employer federations have sued the government with regard to these regulations. The high court must still rule on this matter.

Namibia’s inflation rate dropped remarkably to 1.6 percent at the end of April, the national statistics agency reported this month. In March, it was still 2.4 percent.

At the end of May, Namibia had 24 confirmed Covid-19 cases and no deaths were recorded.

The National Assembly, which started the new, seventh legislative period, stopped its sessions after the first one on 24 March as the lockdown kicked in on 28 March. As a result, the tabling of the new state budget was also delayed. The new Finance Minister Ipumbu Shiimi, who was appointed in March, delivered his first budget statement on 27 May, of N$72.8 billion (about 3.7 billion Euros). Operational expenses come to N$64.3 billion (about 3.2 billion Euros), while N$7.8 billion (about 400 million Euros is envisaged for developmental expenditure.

Due to the effect of the coronavirus pandemic on the economy, lower projected tax revenue of N$51.4 billion and higher health expenses, Shiimi said, a larger deficit of 12.5 percent of the gross domestic product (GDP) was expected. This would be financed through “own savings and borrowing from markets”, the Finance Minister said. There will be no tax increases in this financial year, which ends on 31 March 2021. This year, the Namibian economy would shrink by 6.6 percent, according to Shiimi.

No new government cars until 2025

President Hage Geingob announced that the government would not purchase new vehicles for the next five years for Cabinet ministers and public office bearers. "This decision will translate into an approximate saving of N$200 million (about 10.2 million Euros), which will flow into programmes to fight Covid-19,” the Presidency said. Geingob has also directed that a limit on monthly fuel consumption by public office bearers must be introduced.

The international rating agency, Moody’s Investors Service, has affirmed Namibia’s long-term foreign currency credit rating at ‘Ba2’ (sub-investment grade), but changed the outlook on the rating to negative from stable. In a statement published in May, Moody’s said that the negative outlook reflects the economic and financial pressures the coronavirus shock is exerting on Namibia. “The country’s economic fundamentals, including its economic strength, and fiscal and financial strength have materially weakened,” according to the rating agency.

The US government invests N$200 million (about 10,2 Million Euros) to construct a new embassy building in Klein Windhoek. Sustainability and energy consumption will be considered. “The building will create energy on site through solar photovoltaics and will reduce water consumption, returning as much water to the local system for re-use in Windhoek,” the embassy said.

Construction will take three years and the new buildings will be occupied in 2023. Some 2,000 jobs will be created. All US agencies and departments in Namibia will be under one roof on the huge property of some 70,000 square metres. This includes the Department of State, the Centre for Disease Control and Prevention (CDC), the President's Emergency Plan for AIDS Relief (Pepfar), the US Agency for International Development (USAID), and the Department of Defense (DoD).

A new information resource centre will be added for Namibians who want to learn about and engage with America.

Following the 2019 governmental negotiations on development cooperation between Germany and Namibia in late 2019 for the next two years, officials from both countries now signed the N$700 million (about 35 million Euros) agreement in Windhoek.

Obeth Kandjoze, Director General of the National Planning Commission of the Republic of Namibia, and Ellen Gölz, Chargée d’Affaires of the Federal Republic of Germany signed the agreements on financial grant and technical cooperation. They will address challenges for sustainable and inclusive development in Namibia with focus on governance, climate change, biodiversity, agriculture, food security and urban development.

Namibia’s unique ecosystems are increasingly threatened due to unsustainable practices like overgrazing or deforestation, as well as climate change. Germany will provide
funds to continue technical cooperation with the Ministry of Environment, Forestry and Tourism implemented by the GIZ. The new project “climate change and Inclusive use of natural resources” is aimed at fostering income generation and employment creation through the sustainable use of natural resources and at promoting alternative livelihoods in conservancies.

Support for agriculture will continue. “Farmers need to adopt climate-resistant farming practices as well market-oriented approaches to create income and employment in rural areas. Funds will be provided to increase the competitiveness of Namibian agriculture while at the same time improving food security and climate resilience, The German Embassy said. 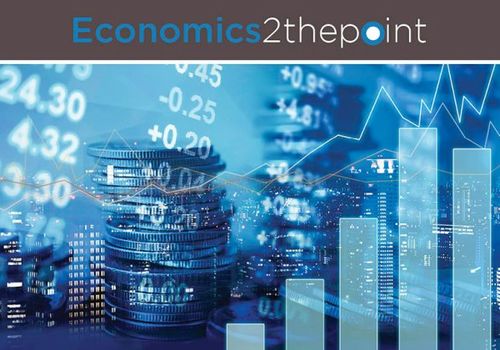