Namibian Economics To The Point -march 2020

Good rains fell in many parts of Namibia in March, increasing the water levels of the dams, especially in the central parts of the country. The three dams that serve as the main-water supply for Windhoek, Okahandja and the surrounding areas, are on average over 80 percent full. The sluices at the Von Bach Dam near Okahandja, were opened twice this month.

The global Covid-19 crisis recently also hit Namibia. Despite a small number of confirmed cases to date (as of March 31, 2020: 11 cases), the government imposed a lockdown of 21 days for the Khomas and Erongo regions that came into effect on March 17. It is yet to be extended to all other regions. Namibia's borders are closed and only freight and freight traffic is allowed. All scheduled flights operated by Air Namibiawere cancelled until 20 Apriland the private airline West Air Aviation, also cancelled its flights.

German citizens and those from other EU countries were flown out with various aircraftsin late March to early April after registering for a return campaign.

On 20 March, the Namibian central bank cut the repo interest rate by 100 basis points to 5.25 percent in order to support the local economy during the Covid-19 pandemic.

The inflation rate was 2.5 percent at the end of February (January: 2.1 percent), as the national statistics authority announced in mid-March.

Namibia gained independence on 21 March, 1990. The 30th anniversary was to be celebrated at a Windhoek sports stadium, together with the inauguration of President Hage Geingob for his second term.

A week earlier, on March 14, the head of state announced that due tot he Corona virus, celebrations would be cancelled. Two Romanian tourists, who had arrived in Namibia, had tested positive for Covid-19 the night before. As of now, entries from Germany, Ethiopia and Qatar are no longer permitted for 30 days. "The government is earmarking N$124 million (about 6.2 million Euros) to help tackle the upcoming fight against the Corona virus," said Geingob. On March 17, he declared the national state of emergency for Covid-19 and ordered the closure of all schools. Religious services, large cultural gatherings and sporting events were prohibited. Smaller border posts were closed.

President Geingob was sworn in on March 21, at a smaller ceremony for his second term, at the Presidential Offices. In his inaugural speech, he announced an economic stimulus package to support the Namibian economy in relation to the Covid-19 crisis. "The tourism sector is particularly affected," said the president. Further details have not yet been released. Two days later, Geingob appointed his new Cabinet, which - as he previously announced -is smaller, with only 19 compared to the previous 26 ministries. Former Finance Minister Calle Schlettwein, is now responsible for the agriculture, water supply and land reform sector. The former central bank president, Ipumbu Shiimi, was appointed as the new Minister of Finance.

On 24 March, President Geingob announced a lockdown for the Khomas and Erongo regions effective from March 27. It will last 21 days until April 17th. Workers are required to stay at home (excluding those providing essential services) and shopping is only allowed for necessities.

Banks will offer relief to clients and companies

Due to the Corona virus crisis and the curfew in Namibia, which is largely paralysing to the economy, Namibia's central bank has instructed commercial banks to offer debt rescheduling to private customers and companies. Deferral of the loan repayment with interest can be granted for a period of between six and 24 months after an approved application. The Bank of Namibia has also relaxed the liquidity requirements for commercial banks slightly.

The tabling of the new nationalbudget was also postponed due to the Corona crisis. The new parliament met for the first time on March 24 and immediately adjourned the sessions indefinitely. The national budget, which was due to be table don 31 March, was also postponed. Parliament decided to release a third of the funds for the current fiscal year (March 31) according to the State Finance Act, so that the ministries can operate for the time being. The total is around N$21 billion (just under a billion Euros).

On the 30th Independence Day, the Bank of Namibia launched a new, limited-edition banknote worth N$30. On the front are the portraits of the three presidents Sam Nujoma, Hifikepunye Pohamba and Hage Geingob. Two black rhinos can be seen on the reverse side of the banknote.

Neckartal dam inaugurated in the South

Vice President Nangolo Mbumba inaugurated the new Neckartal dam on March 13th, about 40 km west of Keetmanshoop. With its initial plans dating back to the German colonial era, it dams the water from the lower fish river. The construction cost was N$5.7 billion (around 280 million Euros). The Italian construction company, SaliniImpregilo, took almost nine years to complete the dam. The Neckartal dam has a capacity of around 960 million cubic meters, which is three times the volume of the Hardap dam near Mariental, which was built in the 1960s. The government plans to use around 5,000 hectares of land near the Neckartal dam for agricultural cultivation.

The cross-border nature reserve Kavango-Zambezi (KAZA) has received almost N$ 300 million (about 17 million Euros) from the Dutch postal code lottery as part of its “Lottery Dream Fund” project. At a gala event on 4 March in Amsterdam, the grant of 16.9 million Euros was awarded to the World Wide Fund for Nature (WWF), the Peace Parks Foundation and African Parks.

The Dutch Postal Code Lottery is the largest charity lottery in the country. It was founded in 1989 by a marketing agency that sets up and operates charity lotteries. A press release from the WWF office states: "The five-year Dream Fund project extends the support that KAZA has already received from the German Ministry for Economic Cooperation through KfW and other donors." The cross-border Kavango-Zambezi nature reserve is a partnership between Namibia, Botswana, Angola, Zambia and Zimbabwe, which combines 36 national parks, game reserves, community forests, protected areas and wildlife management areas into the world'slargest nature reserve.

Namibia's first and largest mobile operator MTC presented its balance sheet for the 2019 financial year in March. Revenue increased to N$ 2.6 billion (approximately 130 million Euros) from N$2.4 billion in 2018. The net profit achieved is N$ 797 million (around 38 million Euros). Dividends of N$ 413 million will be paidout. MTC is planning to list on the Namibian stock exchange soon.

A delegation from the International Monetary Fund (IMF) paid a routine visit to Namibia to assess the country's economic and financial situation. After almost three years of economic decline, the IMF predicts a slight economic growth for 2020 if the Covid 19 crisis does not impact Namibia too hard.

"With government debt increasing, authorities need to continue their budget adjustment policies to stabilize government debt over time and offset the adjustment with broader reforms to support growth," is an IMF recommendation. It was also recommended to accelerate structural reforms to boost growth and promote job creation.

“It is important to improve the efficiency of the economy, including streamlining company regulations, strengthening the market activities of important public companies, removing obstacles that contribute to high electricity and transport costs, and better matching wage dynamics in the public sector and productivity trends in the economy”, the IMF stated. 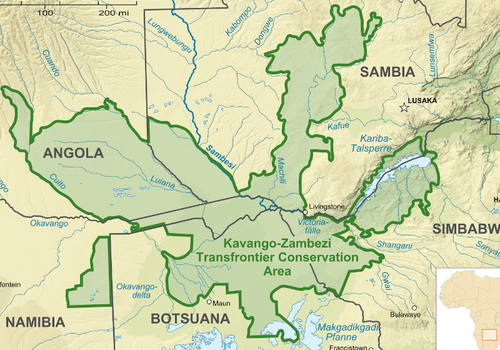 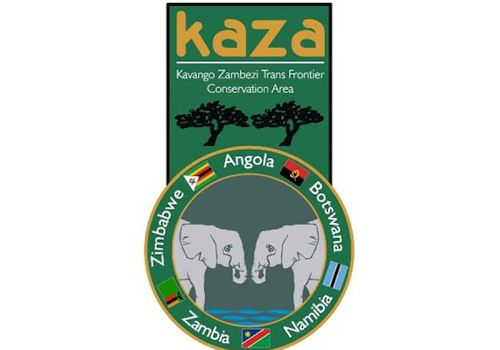 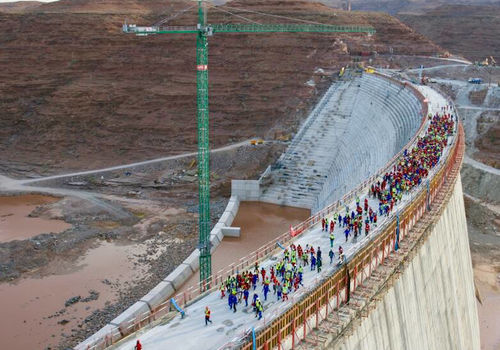