Namibian Economics To The Point – January 2021

Exceptionally good rainfalls have covered most parts of Namibia in January, especially the southern parts, where even the famous Sossusvlei and the Sesriem Canyon received water. The country’s major dams are full; sluices were opened for the Hardap and Naute dams. The one-year-old Neckartal dam west of Keetmanshoop spilled over, since it does not have sluices. This dam is three times bigger than the Hardap dam.

The Namibian government has released the final report of the presidential commission on claims to ancestral land and restitution this month.

The Canadian company, Reconnaissance Energy Africa has started exploratory drilling for oil and gas in the Kavango East Region. The company believes that the area might contain these sought-after underground resources and that they might stretch to western Botswana, where it also secured exploration rights.

The African Continental Free Trade Area (AfCTA) has come into effect on 1 January. President Hage Geingob noted that Namibia was ready for trade with the rest of the continent.

Namibia has recorded fewer Covid-19 infections since slightly stricter measures were introduced on 13 January, with a night curfew between 21h00 and 6h00. Restaurants, bars and clubs are required to close by 20h00. Only a maximum of fifty persons may assemble for a gathering, all public gatherings may only last two hours, including sport events. These measures remain in place until 3 February.

Inflation stood at 2.4 percent at the end of December 2020, according to the national statistics agency.

The commission appointed by President Hage Geingob in March 2019 to investigate the claims to ancestral land, presented its final report to the head of state on July 24, 2020. On January 20th, the government (www.opm.gov.na) made the 800-page report available to the public. The report has been devoted more to land reform and resettlement, while claims on ancestral land received less attention.

Among other things, the commission recommended that the government should ensure that by 2030 previously disadvantaged Namibians have access and control to at least 50 percent of commercial land and by 2040 at least 70 percent. Germany and South Africa are to be approached to help finance the land reform.

The commission has also recommended that a tribunal should be set up where people can assert their claims to ancestral land. The tribunal should assess whether and how compensation should be made. In order to enshrine this in law, corresponding draft legislation was attached to the report.

Another recommendation is that a special committee should be appointed to prepare an audit report on the resettlement program and develop alternative settlement models.

Similarly, another German airline, Condor, will again introduce two flights to Windhoek per week, starting on 3 May.

The Angolan national airline TAAG, has again introduced a weekly return flight from Luanda to Windhoek from 29 January onwards.

MTC has 2,575,000 million subscribers and has 91 percent of the market share. MTC is now wholly owned by the Namibian government, after it bought the remaining 34% shares, which were still in private hand last year.

A local economist predicts a 3.8 percent growth for the Namibian economy this year after it experienced a contraction of 8.4% in 2020. “The contraction in 2020 will be the largest Namibia has recorded in her history, reflective not only of adverse external conditions, but also the result of domestic restraints to economy activity in response to the Coronavirus pandemic,” said Rowland Brown of Cirrus Capital. The depth of the contraction took the real gross domestic product (GDP) back to 2013 levels, according to him. “It is against this background that we forecast a growth of 3.8% for 2021, as restrictions for the full year are anticipated to be less severe than those in 2020”, he noted.

The Development Bank of Namibia (DBN) has received a N$450 million (about 24,4 million Euros) concessional loan from Germany’s Development Bank (KFW), to aid small and medium enterprises (SMEs), whose business operations have been adversely affected by the Coronavirus pandemic. The Covid-19 business relief loans will provide finances equivalent to three months and up to a maximum of six months working capital for SMEs affected by Covid-19.

The term of the loans will be a maximum of 60 months and are available to both existing SME clients of the DBN and those which are not yet clients. The Covid-19 business relief loans are intended to preserve businesses and their workforce. The bank predicts that these loans could support about 200 SME's.

Well-known Windhoek businessman Dieter Voigts died this month at the age of 82. 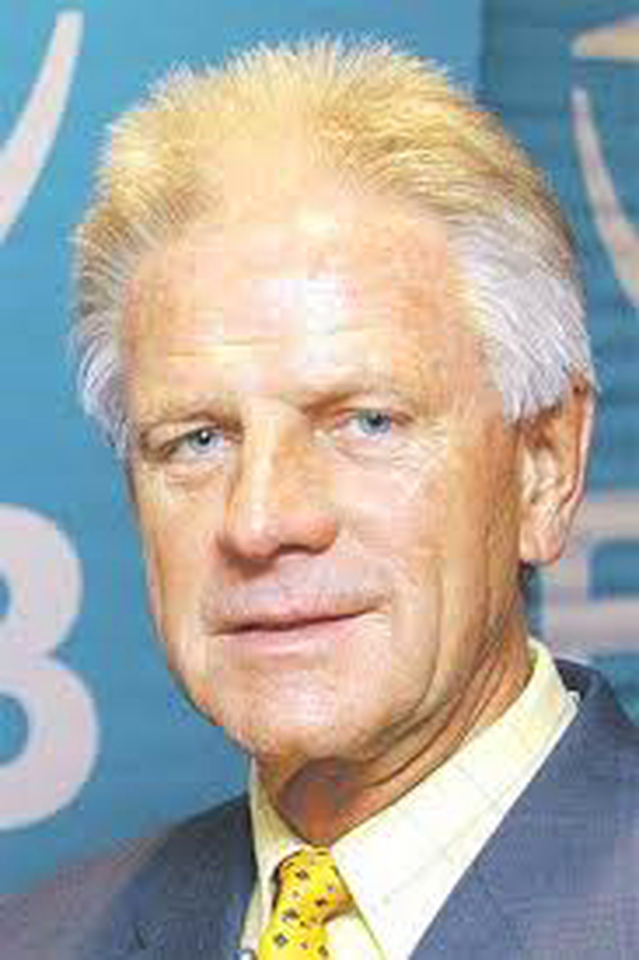 Voigts was the grandson of Gustav Voigts, one of the four brothers who settled in Namibia during the German colonial period and founded the Wecke & Voigts company in 1892. Dieter Voigts was trained in South Africa and Europe and returned to Namibia in the early sixties working for W&V for 53 years, including the last 37 years as managing director. At the end of November 2016, he handed over the family business to his son Robert, who is now the fourth generation to take over. Dieter Voigts remained chairman of the company’s board of directors until his death.