Namibian Economics To The Point - January 2020

Many parts of Namibia received good rains in the first half of January, including the northwestern Kunene Region and southern Namibia, with seasonal flows of several rivers. Even the large pan of the Etosha National Park received water from the northern regions. Storage dams received little inflow as little rainfall reached their catchment areas. Economic activities re-started slowly in mid-January after the annual summer break, which coincided with the festive season mid-December to mid-January.

In his New Year’s message, President Hage Geingob announced that he would reduce the size of his new Cabinet, which will be sworn in during the 30th anniversary of Namibia’s independence end of March.

Japan secures supply of rare earths from Namibia by becoming a partner in the promising Lofdale exploration project near Khorixas.

More tourists are visiting Namibia according to the latest statistics, which were released this month.

The Home Affairs Ministry announced that Namibian citizens and persons residing in Namibia with a permanent residence permit are no longer required to fill in arrival and departure forms when travelling to and from Namibia.

The new mayor of Windhoek, Fransina Kahungu has moved her office to the informal settlement in the northwestern outskirts of Windhoek, to be closer to the residents.

In his New Year message to the Namibian nation, President Hage Geingob announced he plans to downsize his next Cabinet that is expected to be announced in March. “The size of the Cabinet shall be reduced and an attempt at 50/50 gender representation shall be made,” Geingob noted. Namibia held parliamentary and presidential elections on 27 November 2019. Furthermore, the government would review all allocated fishing quotas this year to ensure that “these are fair to those who have made tangible investments in this vital sector to our economic development.” The remainder of the fishing quotas will be allocated to all fourteen regions of the country to ensure accelerated development.

Geingob was referring to the so-called fish-rot scandal, which was exposed by local and international media in November last year. The Icelandic fishing company Samherji, allegedly

On a different platform, when addressing members of his ruling SWAPO-Party during its central committee meeting, Geingob stated that for his next Cabinet he would “appoint ministers who have the necessary capability” to review key economic sectors and who more technically inclined.

The Namibian Meat Corporation (Meatco) will soon move its subsidiary in Europe from the United Kingdom to Rotterdam in the Netherlands. The move is seen to be a result of the UK leaving the European Union on 31 January 2020. Meatco further announced that it exported 130 Containers with 3,000 tonnes of beef in total to China since exports started in 2019. The meat exported to China does not need to be de-boned, which saves the company production cost.

Tourist arrivals up by 3.9 percent

A Canadian company with exploration rights for rare earth metals in Namibia has signed a deal with a Japanese state-owned company to jointly mine the sought after mineral resources. Namibia Critical Metals (NCM) announced end of January that the agreement with ‘Japan Oil, Gas & Metals National Corporation (JOGMEC) entails to jointly explore, develop, exploit, refine and distribute mineral products from the site.

NMC wholly owns the Lofdal Heavy Rare Earth Project on the farm Lofdal west of Khorixas. The agreement provides JOGMEC with the right to earn a 50 percent interest in the project by funding 20 million Canadian Dollar exploration and development expenditures. Once a feasibility study has been completed on the Project, JOGMEC has the right to purchase an additional one percent interest in the Project from the NCM for 5 million Canadian Dollars; JOGMEC will exclusively provide funding to develop the mining project.

Pine van Wyk, CEO of Namibia Critical Metals stated “This partnership with JOGMEC brings strong technical and financial capacities to move the Lofdal project forward. It provides alignment with and access to significant industrial groups in Japan looking to secure long-term supplies of dysprosium, terbium and other heavy rare earths.”

Long-serving town-councillor Fransina Kahungu has been elected as new mayor for Namibia’s capital city. When she took up office in early January, she invited the media to a community centre in the Babylon informal settlement. There, Kahungu announced she moved her office to the Centre. The city council has realized the need for councilors to be more visible for the residents”, she said. This approach will enable us, as councillors to assess the needs of our residents, engage them and allow them to fully participate in the planning processes.”

All mayoral appointments will take place at the Nathanael Maxuilili Community Centre for the duration of Kahungu’s term of office. The office of the Deputy Mayor will remain at the municipality’s head office in the heart of Windhoek. In Namibia, municipal elections take place every five years; the next one is at the end of this year. The councillors elect a mayor among themselves every year. 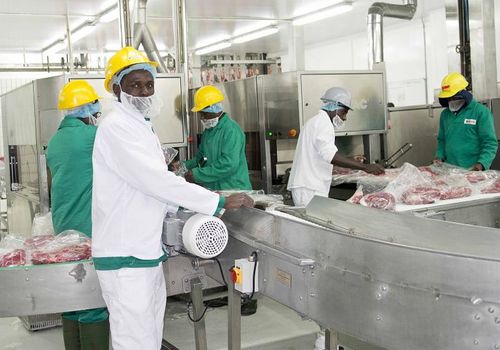 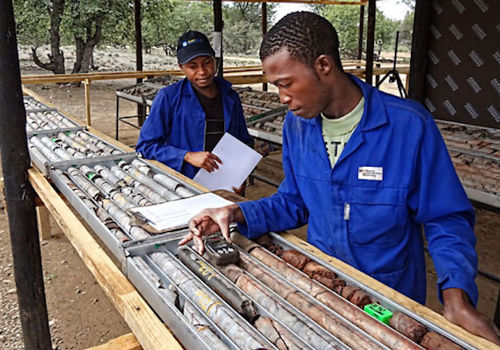 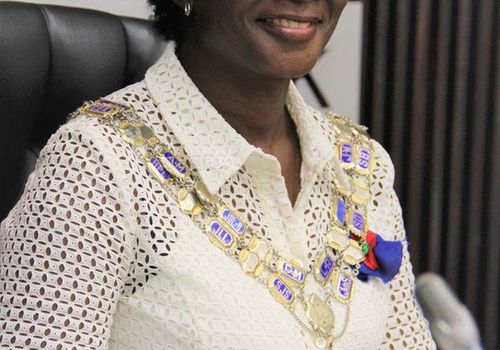