Namibian Economics To The Point - December 2019

Widespread rains covering most parts of Namibia started in early December 2019 and continued over Christmas, causing several rivers to flow and replenishing low dam levels. Farmers and the agro-industry are hopeful that the long drought might be broken. Several state-owned companies paid dividends of more than N$600 million to the government.

The Bank of Namibia kept its repo rate unchanged at 6.5 percent this month. Namibia’s Inflation stood at 2.5 percent at the end of November (October: 3.0%), the national statistics authority announced just before the summer break. Local economists called on the BoN to lower its repo rate in early 2020 due to the low inflation rates. The ancestral land commission submitted its interim report to President Hage Geingob this month. The report has not been made public. The final report must be submitted end of March 2020.

The international rating agency Moody has lowered Namibia’s outlook by another notch.

The Ministry of Environment and Tourism (MET) has signed a land lease agreement with a company that will establish a 44-megawatt (MW) wind power plant near Lüderitz. The agreement with the independent power producer (IPP) Diaz Wind Power is for 25 years, according to the Ministry’s spokesperson Romeo Muyunda. Cost estimates for the wind farm will be about N$1.5 billion (about 995 million Euros). According the Ministry, Namibia intends to utilise 89 percent of its energy needs from renewable energy sources by 2030.

Meanwhile, the cash-strapped national airline Air Namibia has received a loan of N$578 million (about 38.8 million Euros) jointly provided by several banks to

pay for "qualifying arrear invoices", the airline's acting chief executive officer Xavier Masule confirmed just after Christmas. Masule did not disclose which banks, but said, the Namibian government had provided a guarantee to Air Namibia to acquire a loan. This would cover costs for the first three months of 2020.

The telecommunications company Paratus, became the first telecoms operator to bridge Africa from East to West. Paratus has an office in Windhoek and branches in five African countries. In August 2019, it had completed a terrestrial East and West coast of Africa connection between the WACS (West African Cable System) undersea cable in Swakopmund and Dar es Salaam in Tanzania. Paratus is currently completing the Maputo link, which will be the second west coast to the east coast link.

The Paratus Group Chief Operations Officer Schalk Erasmus said from the Windhoek office, the route extends 4,160 kilometres and is operational under one single Autonomous System Number (ASN). “Connecting land-locked countries, that do not have access to undersea cable systems, with much-needed capacity is critical to ensure that we leverage the infrastructure investment we have made across the African region,” he said in December.

The international credit investment rating company, Moody’s has downgraded the long-term issuer and senior unsecured ratings of the Namibian government from a ‘Ba1’ sub-investment grade down to ‘Ba2’ sub-investment in December but changed the outlook to ‘stable’. According to Moody’s, the new rating was underpinned by “relatively robust institutions and governance strength” that support Moody’s view that policymakers have some capacity to respond to shocks. “Namibia remains exposed to various long-standing shocks, namely subdued growth in South Africa, potentially lower than currently expected SACU customs union revenue, a shock to commodity prices and [possibly] a marked depreciation” of the South African rand.

In his reaction, Finance Minister Calle Schlettwein said the downgrade was expected because of challenging economic environment locally and globally.

The drought stricken Kavango-West Region received emergency food assistance provided by the Chinese government via the World Food Programme (WFP) in December. Around 1.300 tons of food was handed over to the region and it is expected that the donation will assist 77,400 people, mainly vulnerable women, children and senior citizens.

At the hand-over ceremony in Nkurenkuru, the Chinese Ambassador to Namibia, Zhang Yiming noted that about N$15 million (about 900,000 Euros) worth of food assistance falls under China’s South-South Cooperation Fund, which is being implemented by the WFP. The donations include basic food items like maize meal; cooking oil and salt provided to the hardest-hit households in the area. This is the third donation the Kavango-West Region has received from China since the declaration of the drought by the president Hage Geingob in May this year.

At the last Cabinet meeting of the year President Hage Geingob said the actions of a few corrupt officials has tainted Namibia’s name and was a wake-up call for the government to redouble efforts to combat the practises. “Corruption is not systemic in Namibia, but perceptions have been created that Namibia is a corrupt society. We are aware of the current corruption storm in the fishing sector”, he said. The six implicated individuals - among them two Cabinet ministers who have consequently resigned – are in Police detention after their arrests at the end of November. Their bail application has been moved to 20 February 2020. They filed an urgent application in December to be released due to inhumane detention, which was dismissed on 27 December. They remain in custody. The former Fisheries Minister and the former Justice Minister have apparently received millions in kickbacks for allocating huge horse mackerel fishing quotas to the Icelandic company Samherji. 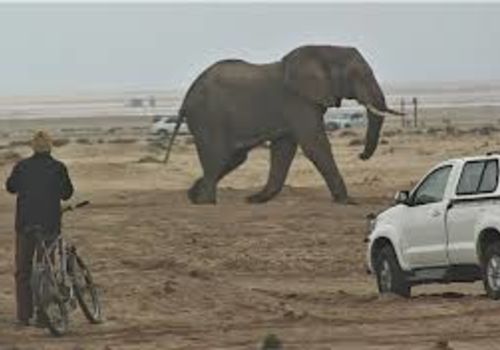 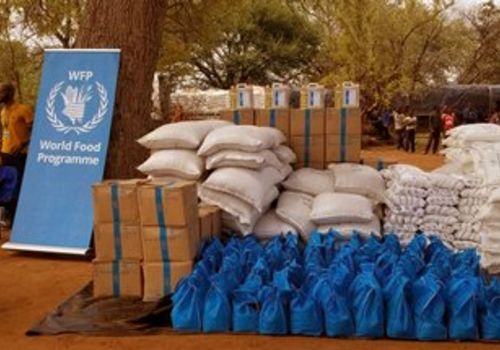