All travellers en route from Windhoek to Swakopmund or to the north via Otjiwarongo pass the town of Okahandja, and the first turnoff takes you to the well-known Okahandja woodcarvers’ market. With a wealth of handcrafted wood carvings, this is the place to stop for a touch of Africa.

Jack Mbusi Moyo and Fernando (Nando) Kamukwango, two friends from the Kavango Region who often work together, have been at the market for the last 25 years.

“Everyone has their speciality here.” Jack, who generally carves animals, is busy with an elephant and rhino, each taking at least a week to complete. Hand tools are first used and then the finishing touches are made with electrical sanding machines. Both his carvings are made from alien invasive prosopis (wood commonly known as mesquite or locust). Nando is busy carving a Himba figurine out of eucalyptus.

Jack says, “We are aware of the wood we use and encourage carvers to use wood from invasive or alien trees.”  They ask the public to please contact them should they want prosopis cut down on their property.

The two artists both learnt the craft from their grandfathers, and fear that it is a dying art as the younger generation looks for more lucrative options.

This treasure house of wood carvings is bursting at the seams with magnificent sculptures that range from stylised fish to life-size renderings of hippo and rhino.

So, what’s the message guys. They chorus: “Make a stop for locally-produced wood carvings and meet Namibian artists hard at work.” 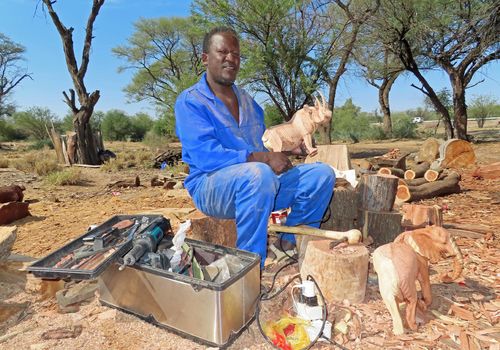 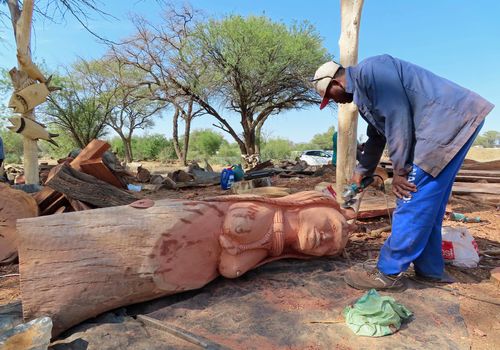 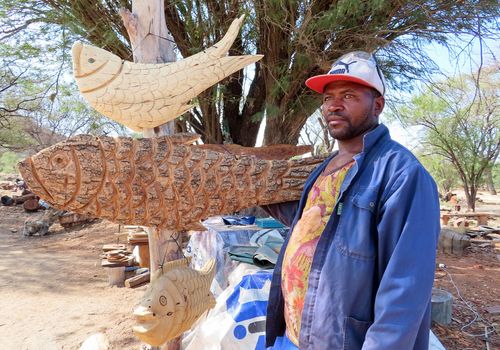 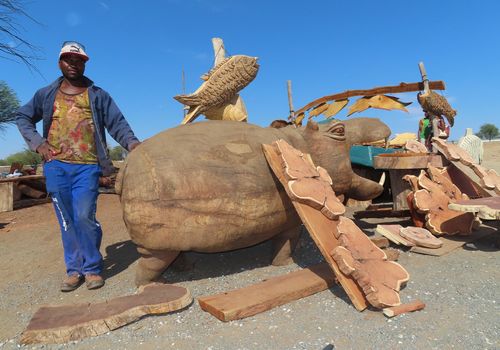