The small village of Lokgwabe in Botswana held its annual Nama cultural festival in late August 2019 which was a great success. The traditional attire, Nama music and the famous Nama-stap dance impressed many visitors. First inaugurated in 2016, this festival is part of the Nama culture's efforts in Botswana to revive their original culture and language. Because of a peculiar twist in the sad chapter of colonialism over a century ago, a Nama group of the !Khara Khoen//aes clan from Namibia had to flee. They found a new home in one of the neighbouring countries, Botswana.

"The Namas in Lokgwabe look and dress like us, but they speak Setswana. This is striking and reminds me of what happened in 1908," said a member of a visiting Nama dance group from Namibia at the festival.

"Four years ago, we held our first festival to revive our culture and traditions, which we have almost lost over time," said Nichodimas Cooper, spokesman for the Botswana Nama Development Trust, under whose auspices the festival is being organised. "My great-great-grandfather, Chief Simon Gomxab Kooper, came to this area in 1908 with the remnants of his clan members. He died in 1913. His grave nearby was kept secret by the elders of the clan for 97 years and was unveiled in 2010. Since then, it has been officially declared a National Monument by the Government of Botswana, "says Cooper.

The grave had apparently been kept secret on behalf of the legendary chief, who did not want the site to be revealed to whites, especially the Germans. After Namibian members of the Kooper clan visited Lokgwabe for the first time nine years ago, the elders of the Botswana Nama decided to show them the grave.

Since the Herero- and Nama-speaking ethnic groups in Namibia commemorated the 100th anniversary of their uprisings under their leaders Samuel Maharero and Hendrik Witbooi in 2004 and 2005, awareness of their history has been strengthened. In the uprisings of 1904 and 1905, thousands of Herero and Namas in the former German Southwest Africa were sent to prison camps. Simon Kooper, who had joined Witbooi in 1904, was also imprisoned. Kooper was taken to the notorious prison camp on Shark Island in Lüderitzbucht, but miraculously escaped.

He gathered his warriors in the area of Gochas, where he and his people had settled in 1889. From there he led several guerrilla-style skirmishes against the Germans. Like many other Namas, the Kooper clan came from the South African province of Northern Cape, where they led a nomadic life to escape British colonial rule. Simon Kooper was born - like Hendrik Witbooi - in Pella, a small mission station on the Orange River in the North Cape. The German colonial power in Windhoek decided to end the attacks of the Kooper fighters, and in mid 1907 prepared for a military operation against them.

Germany's last fight against the Nama took place in Botswana

Over a hundred years ago, on 16 March 1908, Seatsub in the remote Kalahari Desert in southwest Botswana, was the scene of the last battle between the German colonial forces and about 250 warriors of Chief Simon Kooper. After only two hours of intense shooting, 58 Nama men and 13 German ‘Schutztruppe’ soldiers died in the red Kalahari sand, including Captain Friedrich von Erckert. Even Isaak Kooper, a brother of the chief, was killed.

Simon Kooper escaped the night before, after a light flare allegedly revealed the presence of the approximately 400 German soldiers approaching with over 700 camels. Some Namas, including Helena, the chief's wife, were captured and returned to German Southwest Africa, others sought refuge in the Kalahari on the British side.

Imperial Germany apologised shortly afterwards formally to the British for the skirmish in Bechuanaland (now Botswana), calling it a "geographical error" in the prosecution of Simon Kooper.

The movements of the Kooper clan were then apparently observed by the British colonial officials. The clan chief is said to have turned with his followers to the police in Lehututu. Germany was duly informed. Kooper had some leverage to negotiate his "asylum” conditions.

He received a tract of land south of Lokgwabe and was left at peace with his people. He had to sign a document that he would never return to Namibia or wage war. In return, he received a monthly pension from the Imperial in Germany for the rest of his life. Kooper died on January 31, 1913. A private Namibian organisation, which looks after war graves and restores such cemeteries, restored the grave of Kooper outside Lokgwabe in 2011 and erected a tombstone on it.

Carsten Möhle, a German citizen who emigrated to Namibia more than twenty years ago and established a tour company, made several attempts to find the former battlefield of Seatsub and the graves of the fallen. In November 2018, he asked for support from the Lokgwabe-based Botswana Nama Development Trust. A few rusty remains of German food preserves for the military were found to date. For October of this year, another expedition with Trust members and the South African author Koos Marais is planned. It is hoped that this time the battlefield and the graves can be found with the aid of metal and bone detectors. If successful, the governments of Botswana, Namibia, South Africa and Germany will launch joint projects to make this forgotten part of the story more widely known.

Reviving the Nama culture in Botswana

Today, 111 years later, over 3,000 Nama offspring live in Botswana, according to the Botswana Nama Development Trust. They live in the Nama Ward of Kgalagadi North District, others in Ghanzi and Bokspits near Tsabong. Many no longer speak the Nama language or only a few words but have preserved the tradition of the Nama-Stap dance. There is now a concerted effort to regain the virtually lost Nama culture and its language. The current Chief, Charles Gert Cooper, who is in his late sixties, still speaks Nama fluently, also known as Khoekhoegowab.

Chief Petrus Simon Kooper from Kai//Khaun-Clan at Hoachanas in Namibia also participated in the festival. The different spelling of the surname symbolises the common origin of the Kooper clans in South Africa and their different backgrounds.

According to Edwin Saidoo, chairman of the Trust, the Namas in Botswana are planning to set up a heritage trail to follow the Namas’ routes from South Africa via Namibia to Botswana. "The envisaged heritage trail will include the grave of Chief Simon Kooper and our plans to turn the historic stone building constructed by our ancestors and used as classroom, church and meeting place, into a community museum. All this will attract tourists passing through Lokgwabe on their way to the nearby Kgalagadi Transfrontier Park, "says Saidoo.

These plans will form part of the planned projects in relation to the battlefield still to be rediscovered.

The Trust also plans to source Namibian textbooks, where the Nama language is part of the curriculum, to teach the children of Nama descendants in Botswana the language of their ancestors. Thanks to modern communication technology and social media platforms, the contact and information exchange between the various Nama communities in the three countries is intensified. There are even online Nama language courses for beginners.

In Pella, South Africa, the first Nama inaugural festival was held several years ago, which took place at the end of September. Botswana followed in Lokgwabe in 2016 and since 2018. Namibia also hosts an annual Nama cultural festival in Keetmanshoop at the end of May. 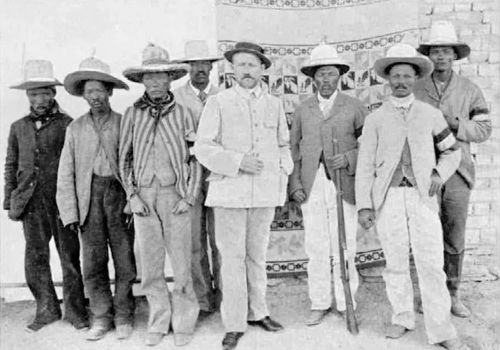 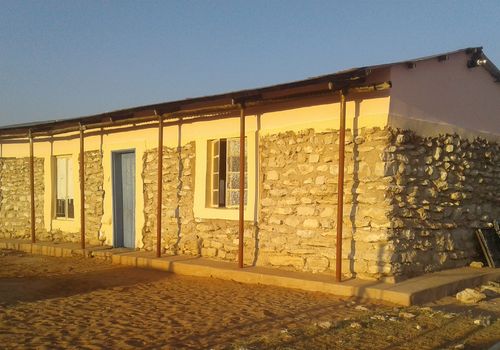 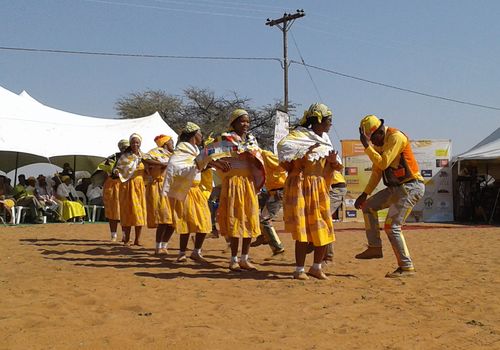 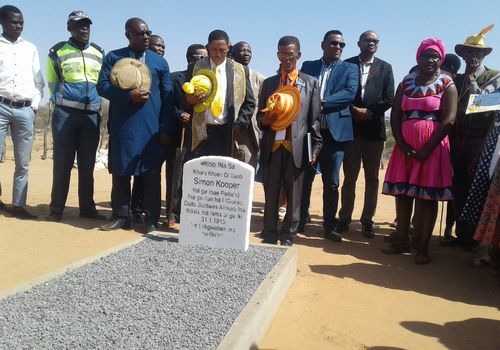 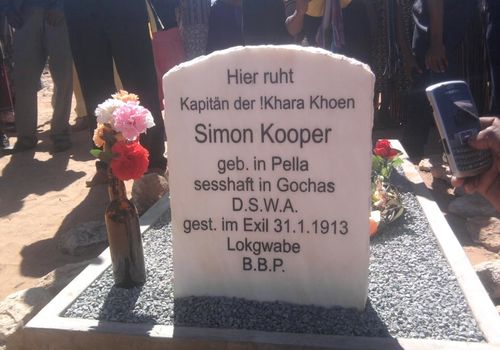 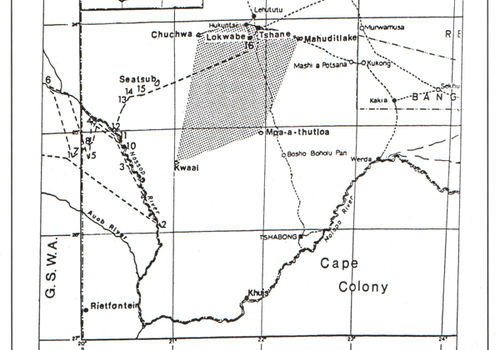 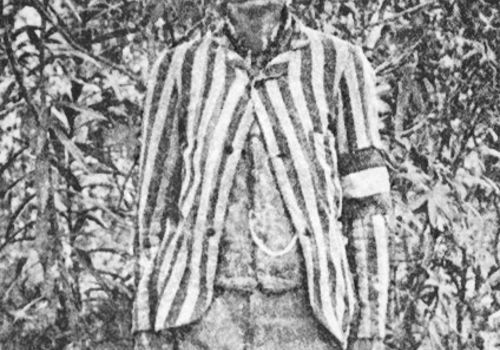