Geological features such as mountains and rivers, play their part the world over in the formation of natural barriers and boundaries between neighbouring country's, therefore defining obvious international borders. Nearly every traveller entering or departing Namibia in the south, will cross one of the greatest rivers in Southern Africa – The Orange.

What is not often realized about this mighty river, is that it rises in the Lesotho Drakensberg Mountains at an altitude of 3,000m, a mere 195km from the Indian Ocean. Yet it flows in completely the opposite direction, before emptying into the Atlantic.

The Orange River mouth is a designated RAMSAR site, and is one of Namibia's globally important wetlands, (the others being Walvis Bay Lagoon, Sandwich Harbour and Etosha Pan), protecting an abundance of bird life. The reed beds and tidal mud-flats sustain huge numbers of resident and migrant birds.

The Orange River is also known as the 'River of Diamonds', Namibia benefiting from diamonds as they were carried to the Namib coast by the Orange River, before being redistributed by wind and waves. The sparkling stones are formed deep underground and are brought to the surface through the earth's ongoing movement, and are eroded out of the ground by wind and rain. It was due to nature taking its own course, that allowed Zacharias Lewala to pick up one of these sparkling stones in 1908 near Kolmanskop. The rest they say is history.

What wasn't clear at the time, was the immense conveyor belt that brought them down the Orange River in the first place. Although the diamond rush happened in a relatively short space of time, the different sizes and grades making their way to the area (and into very grateful hands), took place at various eras in geological history, before eventually sweeping them northwards along the shore and back onto the land.

The history of the Namib Desert and the Orange River are also inextricably linked. Throughout time, this powerful river carried all the sand that now constitutes the Namib dunes. From the lower river reaches and the coast, sand was transported northwards by currents and winds, until it was finally blocked by the Kuiseb River.

The Orange River is also an adventure playground as well as a famous geographical feature. One of the best ways to explore an otherwise desolate and inaccessible landscape, is to follow the course of the river downstream by canoe or raft. Thrill seekers the world over encounter exciting rapids such as Liquidation, Spook and Diesel and Eliminato. No canoing experience is required, and if you feel a rapid might be a bit on the dangerous side, you can walk around and continue your journey on the other side! 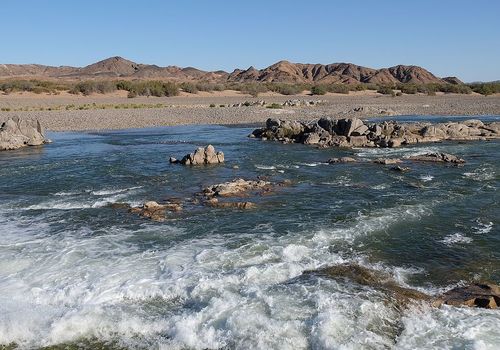 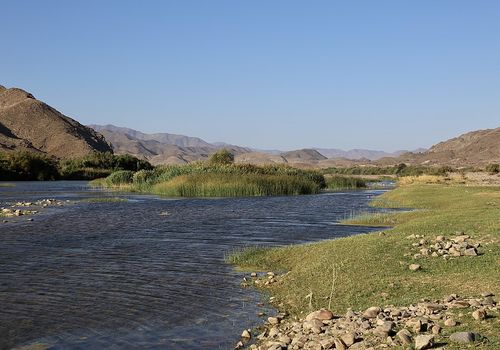 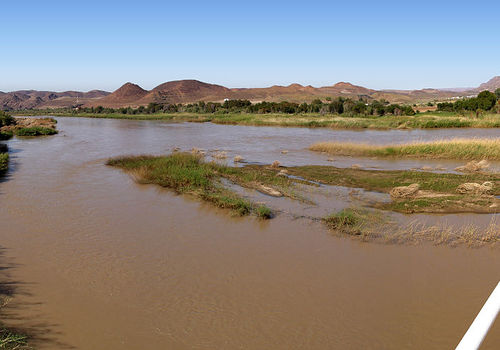 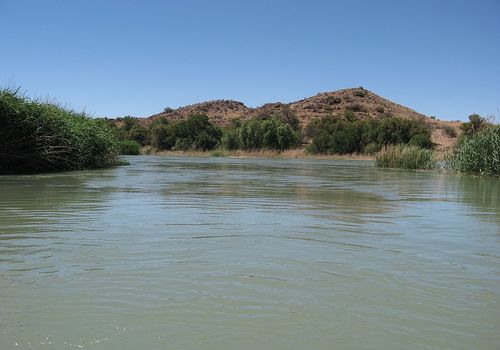