The Kavango River (also ofter called the Okavango River) flows for some 1,600km (1,000 miles) south-eastwards from where it rises in Angola, (where it is known as the Kubango) forming part of Namibia's northern border, (approx 350km). It continues across the Caprivi Strip and into the Kalahari regions of northwestern Botswana, where it divides into streams and and empties into the Okavango (swamps) Delta wetlands.

It is a precious source of water for all 3 of these countries, and for the Kavango and the people of the Caprivi, the river is life itself. It nurtures the land, sustaining the herders and their cattle simultaneously. Watu dugout canoes are used by the Kavango people, both for transport and for fishing.

No visit to the Okavango would be complete without hopping on a boat for a cruise along the river, with a choice ranging from houseboats, to tenders, mokoros, (dugout canoes) and river rafting. Some of these forms of (river) transport are ideal for fishing trips, (catch and release) with bream and tiger-fishing the most popular. Anglers can also expect to hook various other species including tilapia, sharptooth catfish and nembwe.

Sunset cruises are a popular activity on the river, where binoculars and camera's should be at the ready. Hippo and crocs loll around on the river banks and the dry season is a particularly rewarding part of the year for game viewing. Huge herds of elephant congregate along the Okavango River, and there are frequent sightings of lion, buffalo, African wild dog, the rare sable and roan antelope, bushbuck, reedbuck and tsessebe.

There are also some greats spots along the river banks for birding and guided birding walks. The region is home to an estimated 430 species of birds, with over 20 endemic or near-endemic species, including the yellow wagtail, wattled crane, great snipe, African rail and African skimmers.

Popa Falls: On the road south of Divundu and near the town of Bagani, the Okavango River plunges down a broad series of cascades, creating a 4m waterfall, before the river enters Botswana and the Okavango Delta. The 'falls' consists of a network of rushing channels, water courses and small islands, that form a spectacular 1km (0.6mile) wide series of rapids, misleadingly known as Popa Falls.

However, only a small section can be seen from the southern bank of the river. The best time to visit is between July and October when the level of the river is low. Do not swim in the river, because of the danger of crocodiles and hippo, and some parts of the river are bilharzia-infested. If you visit the 'falls' then the Popa Falls Resort is your best bet accommodation wise. It is also only 15km from the Mahango Game Reserve.

Several bird species can be found only in this area or have a limited distribution elsewhere in Namibia. The African skimmer feeds by flying low over the water's surface, with the long lower mandible (lower jaw) immersed in a skimming action. The coppery-tailed coucal can be distinguished from other coucals by its deeper, richer call and other residents include the slaty egret and the longtoed lapwing. 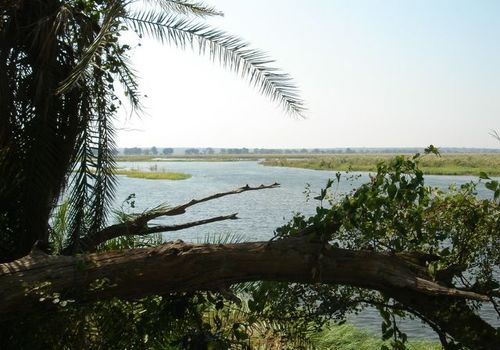 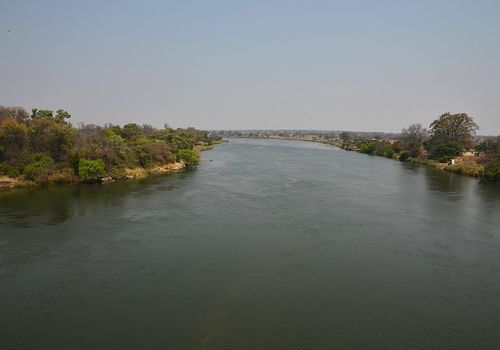