If it wasn't for the Fish River carving out a huge gorge for millions of years, there would be no Fish River Canyon. The Fish River is the longest interior river in Namibia and it cuts deep into the plateau, which in these modern times is dry, stony and sparsely covered with hardy drought-resistant plants such as succulents. Upstream, the river runs through a horizontal dolomite strata. These layers formed part of the canyon about 650 million years ago, when underground plate movement cracked the surface of the earth, in what was the first process in the formation of the Fish River Canyon.

This river typically flows between March and April, and from April to June it has normally diminished to a mere trickle, before being just a chain of remnant pools along the canyon floor in the winter. There is good ground water though, beneath and around the riverbed. Two dramatic waterfalls, where the water plunges several hundred metres can be admired during the rainy season.

The Fish joins the Orange River, 70km south of its more famous counterpart, Fish River Canyon. The sulphur and fluoride-rich hot springs at Ai-Ais, situated on a scenic stretch of the Fish River, is an important tourist drawcard. The Fish River Hiking Trail follows the sandy riverbed beginning at Hikers Viewpoint and ends at the hot-spring resort of Ai-Ais. (1st May – 30th September.) 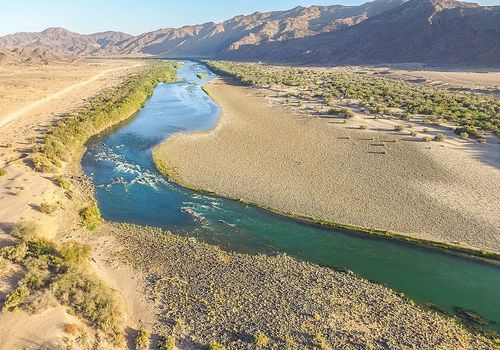 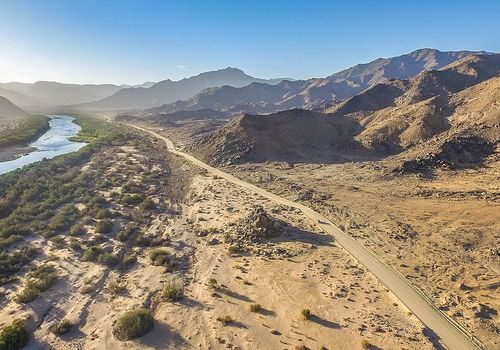 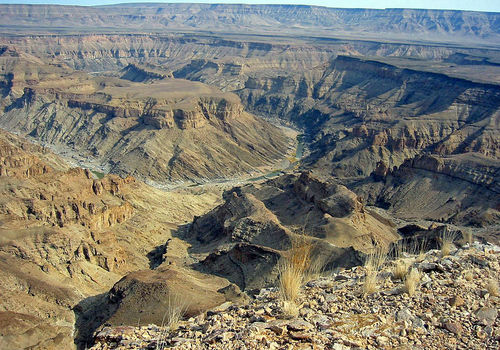 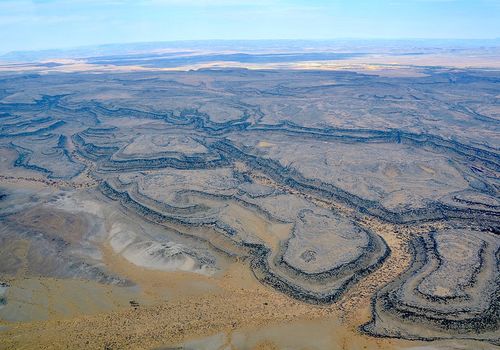