A notable landmark for early Namibian explorers was a soaring mass of granite, known as The Brandberg. The 'fire mountain', is so called because of the effect created by the setting sun on its western face, which causes the granite massif to resemble a burning slag-heap glowing red. The Damara name for the mountain is Dâures, which means 'burning mountain', whilst the Herero name, 'Omukuruvaro' means 'mountain of the Gods'. The summit is called 'Königstein' and is Namibia's highest peak at 2,573m. Situated only 50km from the coast, the Brandberg offers visitors a unique selection of plants and animals, quite different to those on the surrounding plains.

Rock climbers can ascend using a variety of technical climbs, but to reach the top includes a certain amount of effort and patience, mainly to clamber over the huge boulders and rock faces that block the Tsisab and Numas ravines. Covering some 600km², the Brandberg offers one of the richest collections of rock paintings in the world. Drawn on rock faces and overhangs, in caves and on boulders by San shamans, it is Africa's biggest open-air art gallery.

Between 1977 and 1985, the late Harold Pager, meticulously traced and documented over 43,000 individual paintings, located at some 879 rock sites. This can only be described as an unbelievable feat of determination and attention to detail to record such a fascinating display of the finest of all San paintings. This astounding project is emphasized by the total length of foil used for the tracings amounting to almost 6km.

The Tsisab Ravine houses The Brandberg's main attractions, first discovered in 1918 by the German surveyor Dr. Reinhard Maack, on a descent from Königstein The best-known site, Maack's Shelter, contains the best-known painting, The White Lady of the Brandberg. It remained relatively unknown to the outside world until the late 1950's when several works were published by the celebrated French archaeologist, the Abbé Henri Breuil. He identified the central figure as a white female with Mediterranean features. Subsequently the race and sex of the figure were questioned and it is now generally accepted that 'The White Lady' is neither white, nor female.

The figure displays the physical characteristics of a male carrying a bow and arrows in one hand, and what appears to be a wine glass in the other. Its hair is straight and light-coloured – not very African at all! - and the body is painted white from the chest down. The rest of the painting depicts other women in a bizarre hunting ritual, and one of them has skewered a small animal – an antelope with gemsbok horns and striped legs. Another figure, a shaman, is holding a bunch of carrots in his left hand, and he's prodding the white figure with a stick in his other! The White Lady is reliably believed to be around 16,000 years old.

The Numas Ravine slices through the western face of the Brandberg and like the Tsisab has some wonderful ancient paintings. Most visitors here head for the rock facing the southern bank of the riverbed, which bears paintings of a snake, giraffe and an antelope. Further on is an oasis-like freshwater spring and more paintings in the immediate surroundings.

Written records outlined 5 main reasons for the proclamation of the Brandberg area as a national monument and this area encompasses the entire Brandberg massif. They were (in no particular order) of preference:

The beauty of the entire Brandberg landscape in Namibia.
The ecological variety of rare and remarkable plant species.
The host of rock paintings, including the world famous 'White Lady' rock painting as well as a number of archaeological sites.
The interesting geomorphology of the area.
The variety of animal life due to the numerous water sources in the mountain.
The Brandberg area, (which includes Brandberg Mountain), was proclaimed a national monument on 15th June 1951. 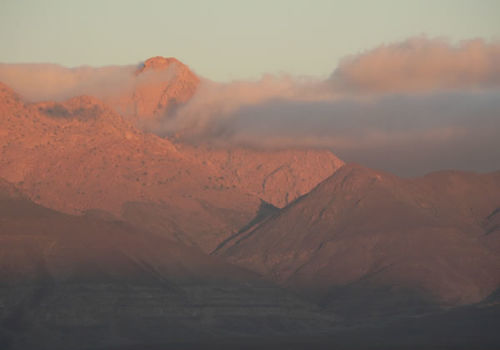