Introduction: The desert-adapted elephant generally inhabit the ancient, ephemeral riverbeds that can be found in north-west regions of Namibia. The seasonal rivers are dependent on local rain fall before flowing above ground, however, in times of drought the water still flows, but deep under the desert sand.

There is a debate amongst zoologists and scientists as to whether these desert dwelling animals should be classified as a different species of elephant. Desert elephants are apparently very well adapted to living under the particular conditions of the desert. They routinely move up to 70km between feeding grounds and the scattered waterholes where they drink during the dry season.

Distribution: Desert-adapted elephants are found predominantly in the Kaokoland and Damaraland regions of north-west Namibia. Visitors to Namibia interested in a desert-adapted elephant experience could stay at Palmwag Rhino Camp, a lodge that places a strong emphasis on viewing these particular animals.

Diet: Desert elephants feed on a wide range of plants, and like elephants elsewhere they take leaves, shoots, bark, flowers, fruit, bulbs, tubers and roots as well as grass and sedges. They have distinct and practical seasonal feeding preferences. During the rains the elephants tend to use more grass, which then becomes abundantly available. In the dry season, they concentrate on browsing and this allows the woody plants a measure of respite for recovery during the summer.

Colouring: Their grey colour is often obscured by their habit of dusting and mud-wallowing. They assume the colour of the soil in which they carry out this practice. 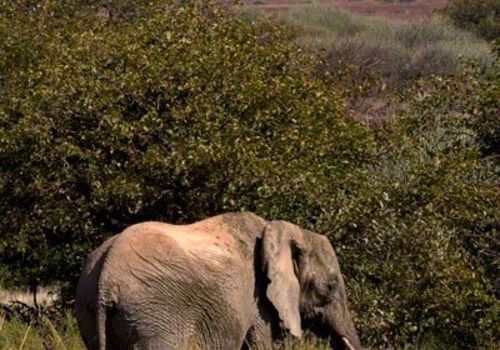 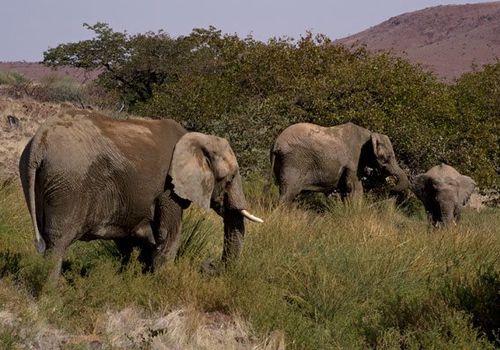 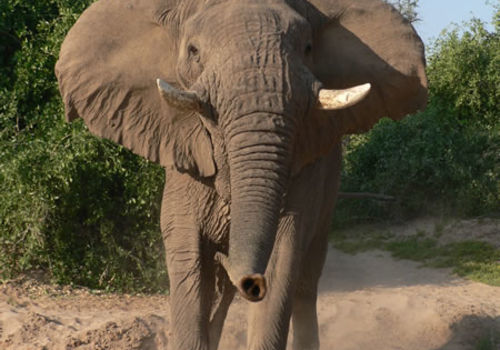 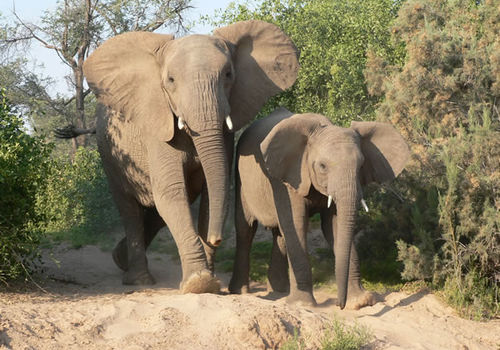 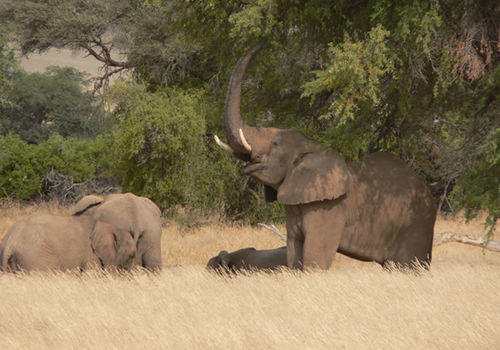