Introduction: The black-faced impala (Aepyceros melampus petersi) is a sub-spieces of the common impala originally from the north west of Namibia, introduced to Etosha National Park in the 1970's. They are darker than other impala and are so called due to their characteristic black face. They tend to keep to dense riverine vegetation during the day, lying in the thickets to escape the heat. Modest vegetation zones are also attractive to them. They are gregarious creatures and occur in small herds of between 3 and 15 and in larger herds during the lambing season. Solitary males team up with harems of females and their offspring.

Distribution: They are confined to the south-western part of Etosha National Park and the Kamanjab district, marking its southern boundary. They can also be observed in the Kunene River area.

Diet: Black-faced impala are are both browsers and grazers, consuming flowers, leaves and shoots and the fruit, bark and leaves of shrubs such as the small sour plum. They often compete for food with their arch enemy - the goat.

Colouring: A dull brown with a distinct purplish-black sheen. In adults the side of the face and back of the ears are reddish-brown, as well as the dark coloured face blaze on top of their muzzles that extends from the nostrils to the top of the head.

Breeding: Black-faced impala are seasonal breeders with a short, marked lambing season from the end of December, peaking in January. A single lamb is produced at birth which accounts for their low numbers.

Size: Adults weigh around 63kg and females 50kg. They stand at a shoulder height of around 90cm. 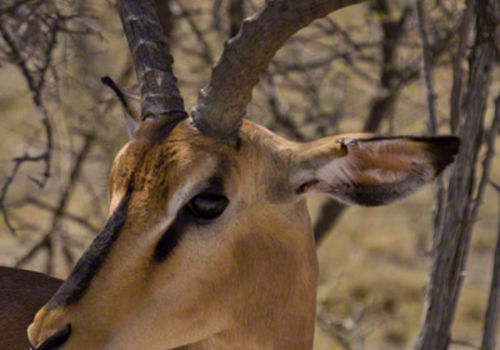 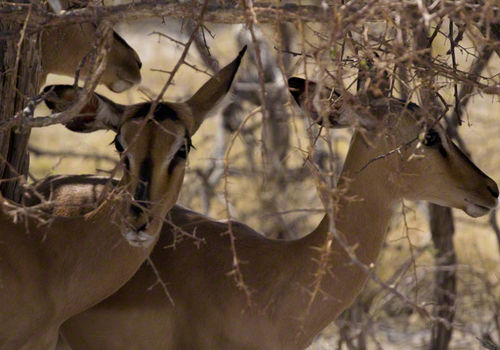 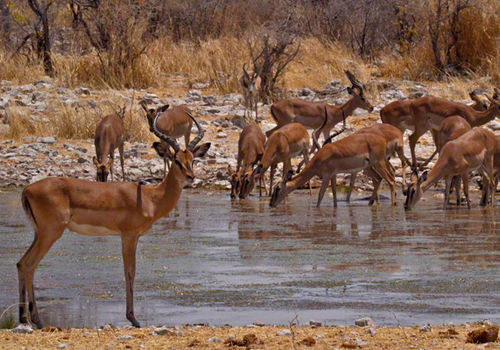