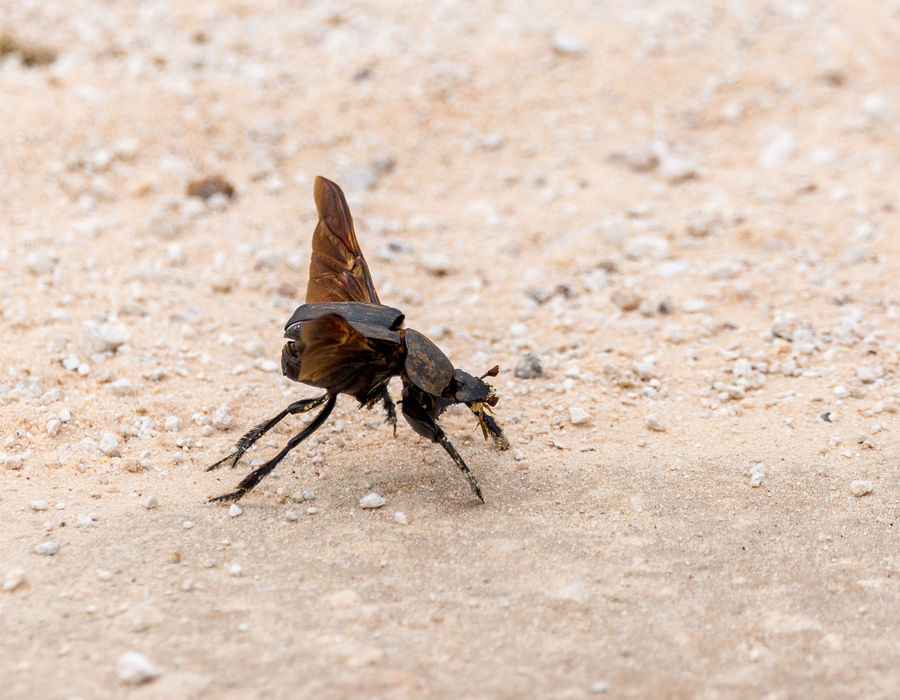 Insects are members of a group of animals known as arthropods, a category that also includes crustaceans, spiders and scorpions. The word insect comes from the Latin insectum which literally means 'divided animal' or 'cut up or into'. This refers to the 3 body sections of an insect that make them most recognisable from other members of the arthropods. On the head are large compound eyes, antennae (or feelers) and mouthparts. The middle segment is called the thorax which carry 4 wings and 6 jointed legs. (Some species of insect have only 2 wings though and others none at all). A third section is called the abdomen. In a female insect this region has an ovipositor, a single egg-laying tube. In a male insect the abdomen ends in a pair of claspers used for mating. At the end of the abdomen are 2 or 3 tails, usually thread-like and segmented.

One major difference between insect, spider and crustacean worth noting is the antennae; one pair on most insects, none on spiders, and two pairs for crustaceans. Spiders are not technically insects because they have four pairs of legs and only 2 body parts. Scorpions have 8 legs and 4 main body parts as well as a nasty sting from some species.

The habitat ranges of insects are many. Dragonflies and damselflies are active mostly during the day near water. The shrill, buzzing (and to many irritating) song of a male cicada beetle originates from trees and bushes. Butterflies visit flowers in the daytime and their larvae eat foliage or other parts of a plant. The larvae of the emperor moth (Imbrasia belina) feed on the leaves of the mopane tree, widespread in the north-west of Namibia and in particular Etosha National Park. These fat caterpillars are more commonly known as mopane worms and considered a delicacy by local Owambo people. Remarkably few insects occur in the ocean, Namibia's only sea creature being the marine springtail.

Ants form colonies ranging from a few dozen in number to millions. Individual ants are easily identified by an elbowed antennae and a slender waist or node-like structure. Their diversity can be emphasised by the 36 ant species that survive in the central Namib Desert alone, mostly on the gravel plains. Over 10 species rely on perennial plants, emphasizing their need for honeydew or nectar from flowers. Other species of ant rely on both seeds and insects for food.

Termites also live in large colonies. Home-owners live in fear of termites as they attack wood although it is not only wood these timber tasters target. Hundreds of thousands of harvester termites continually attempt to strip the plains between the escarpment and the Namib Desert of precious life-supporting grasslands.

Fortunately for the environment, insect-eaters come to the rescue. The bat-eared fox has huge ears for a mammal of its size and can detect invertebrates below the ground. Their penchant for this particular type of insect sees them furiously digging for and disturbing the nests of harvester termites. The elephant shrew also forages for termites and the strong, curved claws of the aardvark dig into termite mounds for food.

Many species of bird eat insects. For example the black coucal creeps through grass in the Oshakati Region hunting for green and brown crickets, caterpillars and grasshoppers. Bees, flies and beetles are favoured by African black swifts on the cliffs of Victoria Falls and scorpions, caterpillars and cockroaches are targeted by the African Scops owl in Etosha National Park and the Caprivi Strip. Namibia's largest flying bird, the Kori Bustard, pecks for locusts, caterpillars, grasshoppers and beetles in the red sands of the Kalahari Desert.

To further the relation between insect, plant and predator the grasshopper feeds on grasses and plants such as a particular species of wild cotton in north-central parts of Namibia. Outbreaks of these pests often appear in patches of green grass following rains, an event that sparks the interest of Ludwig's Bustard. Locusts, a short-horned species of grasshopper, form very large swarms which can be destructive, causing massive damage to crops.

Yet it is not only larger creatures that eat insects. The Ocymyrmex barbiger is a 6-legged colossus tenebrionid beetle noted for scavenging on other small insects during the day. A desert-adapted peculiarity is their ability to brush-off heat intensity by either taking a rest on their sides or by running extremely fast over the surface. The latter method often ends in the respite of a thin stalk of grass to cool off. Another unique desert adaptation can be observed when a female Onymacris bicolor beetle hauls the male around on her back. A small amount of the sun's rays are reflected from the male, an act of chivalry that enables the female to conserve her body temperature.

Finally, no article on Namibian insects would be complete without mentioning the Namibian fog-basking beetle (Onymacris unguicularis). Toktokkies, as they are known to local Bushmen, attract a female by tapping the ground with their bottoms. But perhaps the most innovative survival tactic by any creature, especially in the inhospitable Namib Desert, is their ability to stand on their heads on the top of a sand dune on a foggy morning and catch settling fog. Water rolls off the beetles chassis or 'carapace' into a trough in the form of droplets, which then runs down the body and into an eager mouth! 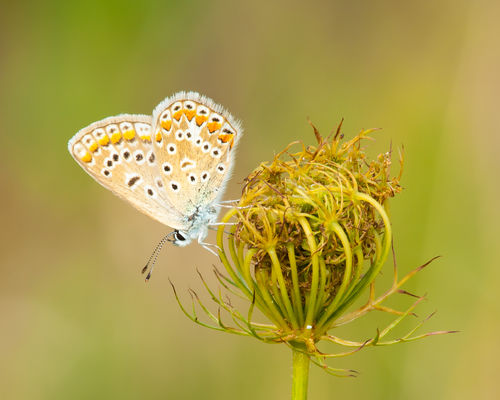 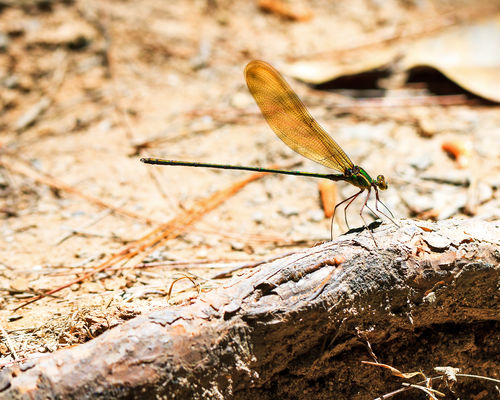 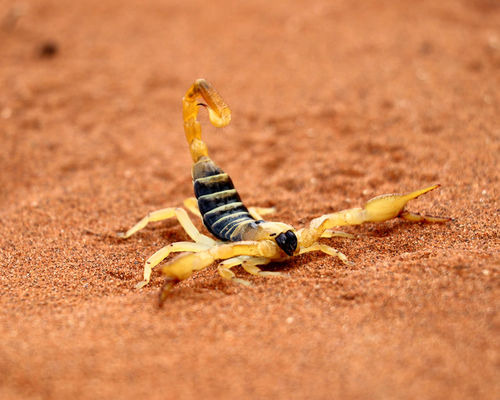