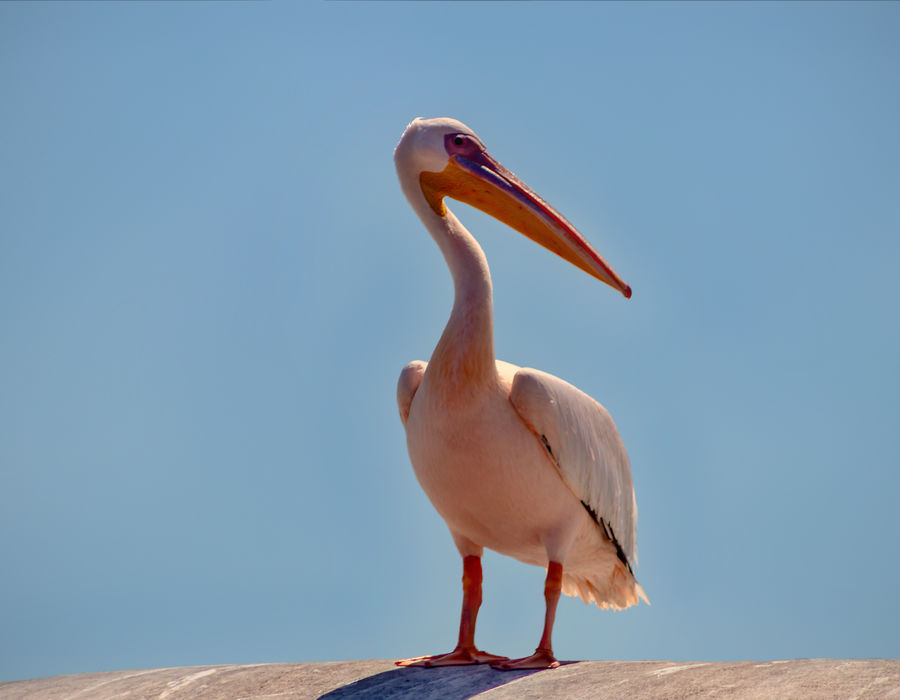 Birds are the only animals with feathers. All birds have feathers and wings. As the fastest of birds can reach speeds of up to 160km/hr they can travel faster than any other animal. However, not all birds can fly, ostriches and penguins are both flightless. Instead of flying ostriches walk or run and only use their wings for balance. Penguins swim and use their wings like flippers.

All birds hatch from eggs with most types of birds laying eggs in nests made by the female and her mate. The majority of birds have one mate at a time and some species keep the same partner for life. Birds belong to a large group of animals called vertebrates who have backbones. Woodland birds get their food from plants whilst others feed from small animals such as insects. Birds and their eggs in turn serve as food to rodents, foxes and snakes. Fruit-eating birds help spread seeds by eating the pulp of berries and other fruits and pass the seeds in their droppings, a feature common with some species of bats.

Every species has its own characteristic geographical range, which vary from local to worldwide. The distribution patterns can be established by mainly habitat extremes, as well as the ability to transit across unsuitable territory. Boundaries and habitats particular to Namibia include pans (Etosha), grassland, Nama Karoo, Namib Desert, succulent Karoo, Kalahari savannah and Kaokoland savannah. The Kavango (Okavango) River is a typical Okavango Delta swamp habitat.

There are about 8,600 kinds of birds worldwide. The overall rich diversity of Namibia is emphasized by the 644 bird species that have been seen in a wide range of habitats. Mahango Game Reserve for example, along Caprivi's south-western boundary, is an ecologically diverse area of floodplains, grasslands, reed and papyrus beds and riverine forests. These natural elements not only combine to sustain over 60 species of mammal, but also the 423 species of bird that have been observed and recorded in this 25,000ha wildlife reserve. Nearly half (197) of these species have been reported as breeding.

Namibia's most popular tourist attraction, Etosha National Park is home to 412 species of bird. Of the country's 13 endemic species, 8 have been reported from Etosha; Hartlaub's francolin, Rüppells korhaan, Rüppells parrot, Monteiro's hornbill, Carp's black tit, bare-cheeked babbler, rockrunner and the white-tailed shrike, are all reported as breeding in Etosha. All of Namibia's 40+ species of raptor, including all Namibian vultures and 12 eagles are in Etosha and the park is listed as an Important Bird Area.

A wonderful assortment of birds can be found in and around the horseshoe-shaped area known colloquially as Sossusvlei, Namibia's 2nd most visited destination. It is home to Cape sparrows and scaly-feathered finches, brightly coloured swallow-tailed bee-eaters, Cape teals, South African shellduck and at times of flooding, flamingos.

About 45km from Sesriem is Dune 45. Chats and pied crows are seen here and lappet-faced vultures breed on the tops of trees in the nearby Tsauchab River. Nests are between 1 and 3m in diameter and every year conservationists tag one wing of a chick, enabling their movements to be monitored. There were around 14 lappet-faced vultures breeding in the Tsauchab River, but since 2006 this has declined to zero. With the addition of the tarred road to assist visitors from Sesriem to within 5km of Sossusvlei, the increased number of vehicles has seen the vultures move to quieter areas such as the Tsondab River and the Ganab Plains. Vultures now breed without disturbance from tourists and their transport.

The mostly sandy beaches of the 300km coastal stretch of the Namib-Naukluft Park attract large numbers of kelp gulls, breeding off a number of small islands off the Namibian coast. Grey-headed gulls, the endemic Hartlaub's gull, great white pelicans, the African penguin as well as flocks of waterbirds (a term used for all shore birds) are obviously attracted to the coast. Sandpipers, ducks, geese, gulls, terns and plovers attract serious birders. Thousands of curlew sandpipers, sanderlings and little stints, red-necked phalarope and hundreds of ringed and grey plovers can be observed.

One of the main drawcards for birders on the coast is the Walvis Bay Ramsar Site, an area of some 12,600ha which carries more than 250,000 birds during the peak summer months. Thousands of flamingos can be seen on the lagoon. The sewage outfall ponds, 1.5km outside of the town, are a haven for all waterbirds such as lesser flamingos, ducks and teals. Thousands of other birds from over 40 different species are present here.

A summer boat cruise to Sandwich Harbour makes for an ideal destination to photograph coastal birds, in particular up to 45,000 lesser and 10,000 greater flamingos, feeding in the nutrient-rich waters of the Benguela Current. The sight of masses of white and pink birds, interacting against a magnificent backdrop of dunes and sea make for a truly memorable Namibian occasion. At least 7 species of tern are represented in this area with common terns numbering around 40,000. The Caspian tern, swift tern, white-winged tern, the small Damara tern, the Sandwich tern can be observed.

Sesriem is the official entrance to Namib-Naukluft Park. Elim Dune (4.8km away) is the first dune on the way to Sossusvlei and a variety of vegetation can be found on the dune. Spiny love grass and the tall reed-like Namib dune grass provide shelter, shade and food. The desert-adapted (Namib endemic) !nara plant and the camelthorn tree provide a rich source of nutrition as well. Elim Dune activity includes beetles, fish moths, scorpions and dune ants frequently falling prey to lizards, geckos, mice and gerbils.

On the Namibian side of the Orange River is the Ai-Ais/Huns Mountains - Richtersveld Transfrontier Conservation Area. This riverine wetland habitat supports birds such as the African fish eagle, darter, black-crowned night herons, Egyptian geese, grey and goliath herons and reed and white-breasted cormorants. Birds of prey include jackal and augur buzzards, rock kestrels, black-breasted snake eagles and black and martial eagles.

The northernmost breeding colony of Cape Vultures in Southern Africa nest in the Waterberg Plateau National Park. Once common and widespread throughout the subcontinent, they are now an endangered species. Unlike other vultures which nest in trees, the Cape vulture builds it's nests on cliff faces.

Hardap Dam is a prime habitat for White Pelicans and well as being home to Pinebacked Pelicans, African Fish Eagles, flamingos, cormorants, darters and African spoonbills. There are also several species of tropical birds to be found in the north east of Namibia, including Ross's lourie, coucals, babblers, boubous, bee eaters and the Yellow breasted hyliota. Some of the rarer species found in Namibia are Rufousbellied heron, Whitecrowned plover, Pel's fishing owl and the Wattled crane.

The Caprivi region of Namibia is also a favoured birding destinations. Impalila Island, situated at the confluence of the mighty Chobe and Zambezi Rivers is right at the north-eastern tip of Namibia, just 70km west of Victoria Falls. Some of Africa's rarest species of birdlife are found here including Pel's fishing owl, rock pratincole, African skimmers and Pygmy geese. A leisurely boat cruise from Kalizo Lodge often reveals the ever-present coppery tailed coucals, herons, kingfishers and fish eagles.

Guided birding walks at Ngepi Camp, Nunda Safari Lodge and Sarasungu River Lodge (famed for Meyer's parrot) make for ideal Kavango stopovers. Expect to experience some great birdwatching opportunities in this area including the yellow wagtail, wattled crane, great snipe and African rail. In total over 400 species have been observed and recorded in the Kavango River region.

After a birding trip through Namibia, many ornithologists head to the Okavango Delta, Moremi Game Reserve and Chobe National Park. Over 500 species of bird have been recorded in this region making it one of the most rewarding birdwatching localities on the continent. Most species occur during the summer months, in tandem with visiting migrant birds. These include the African spoonbill, herons and egrets, glossy and sacred ibis, storks, cranes, ducks and sandpipers. Birds of prey such as vultures, secretarybird, eagles the Kori bustard are a photographic favourite. 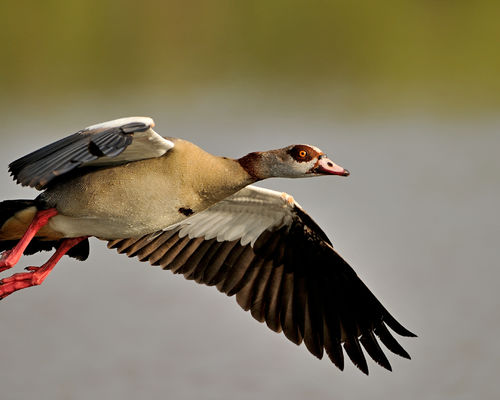 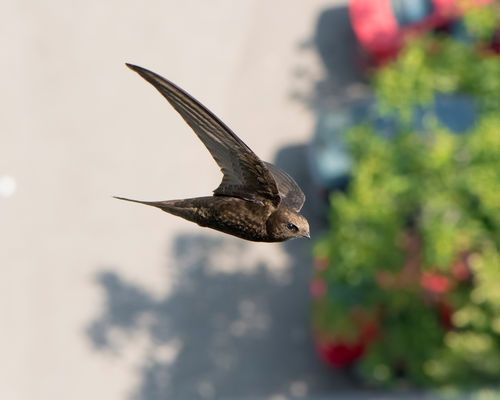 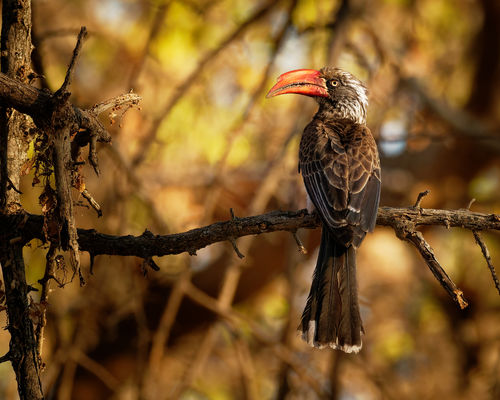 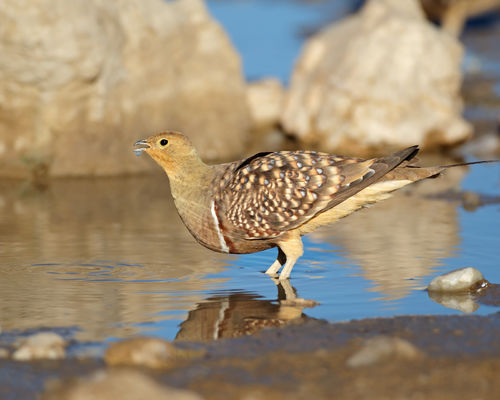 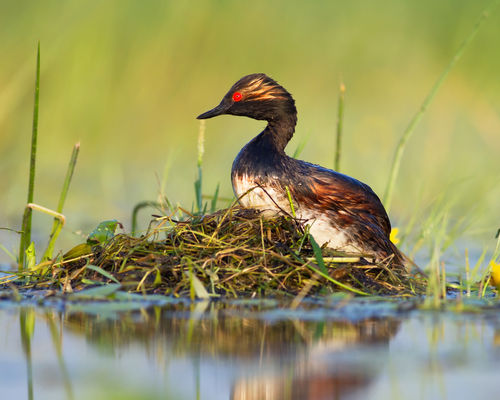 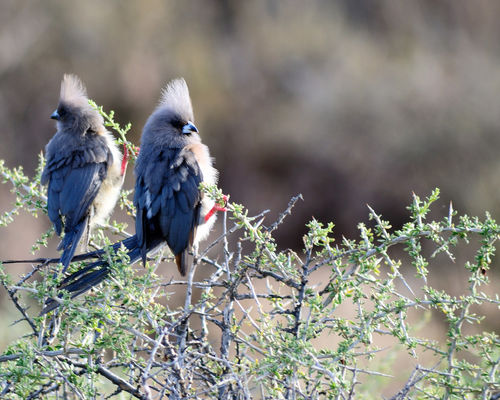 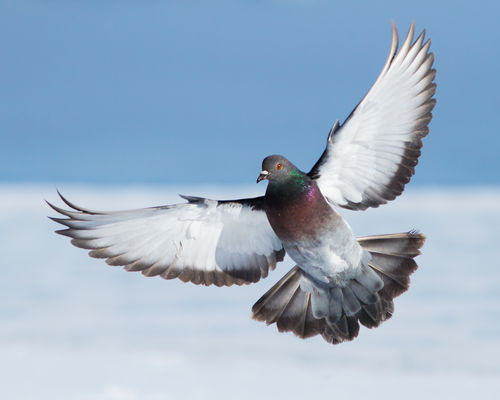 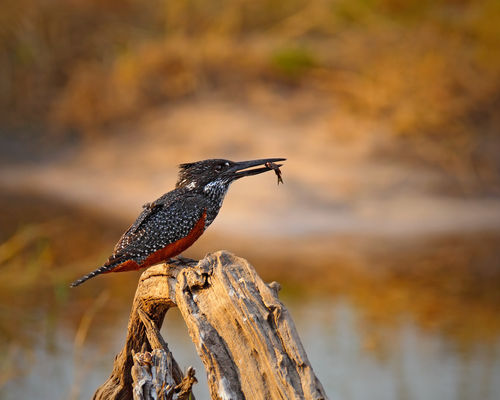 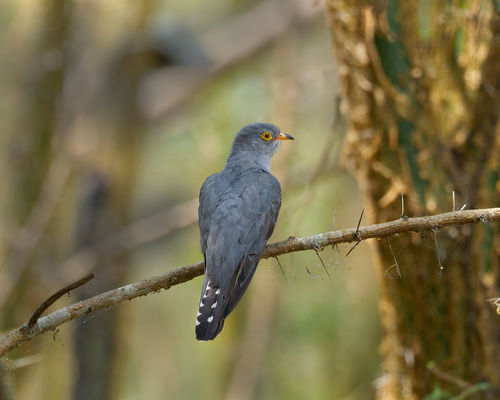 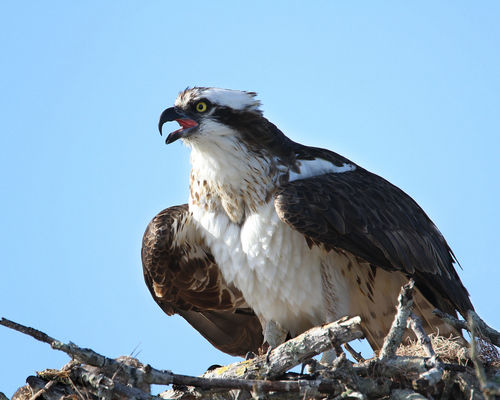 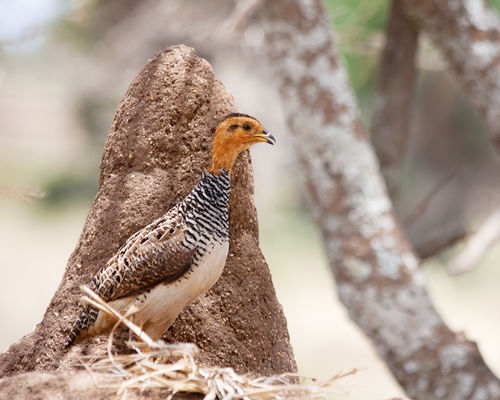 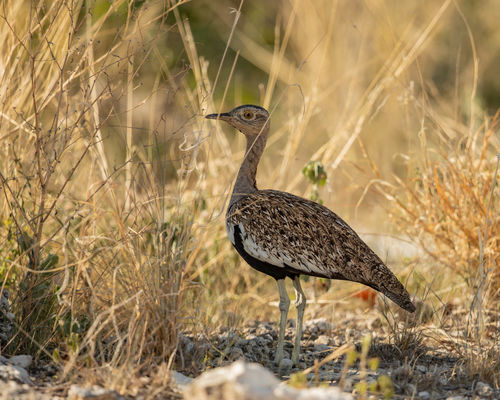 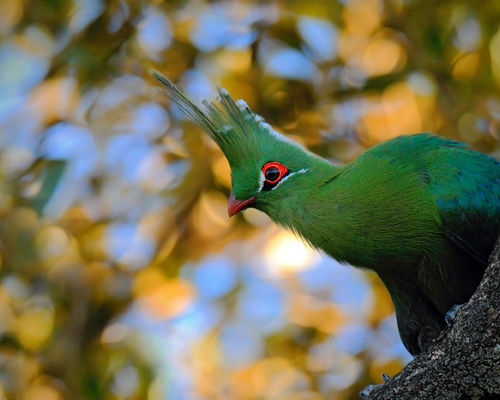 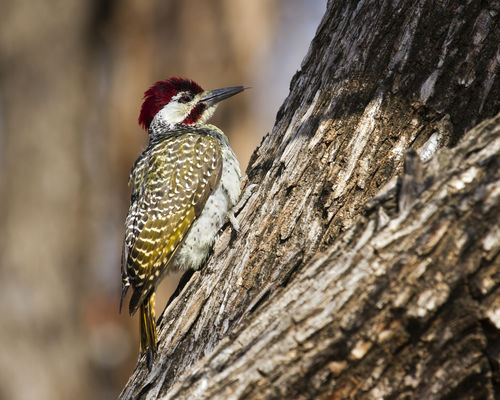 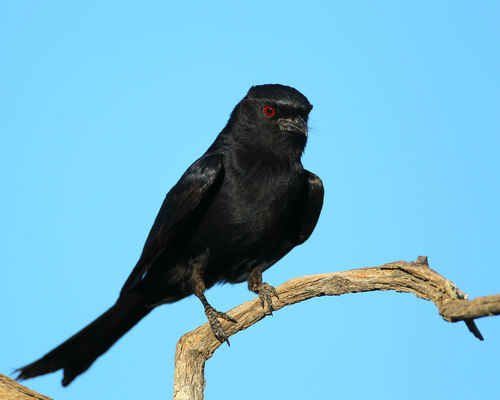 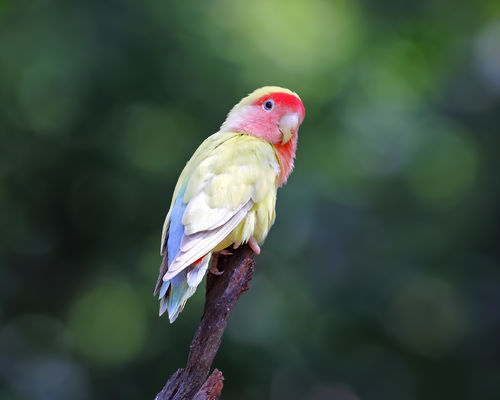 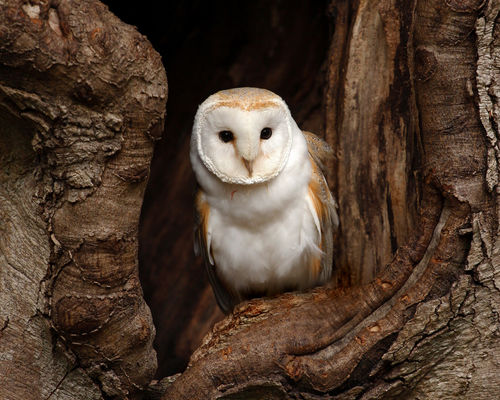 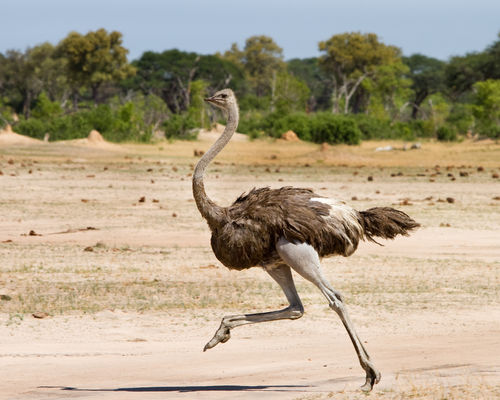 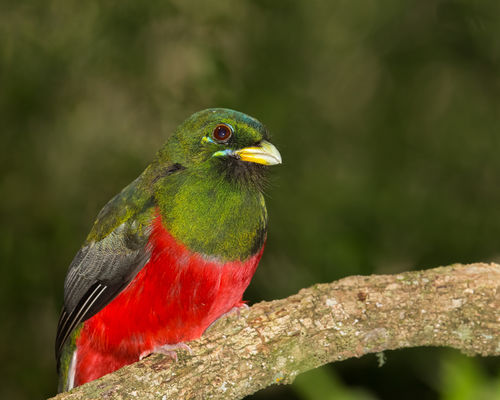 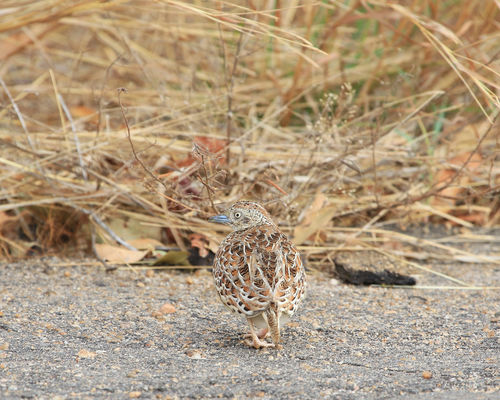 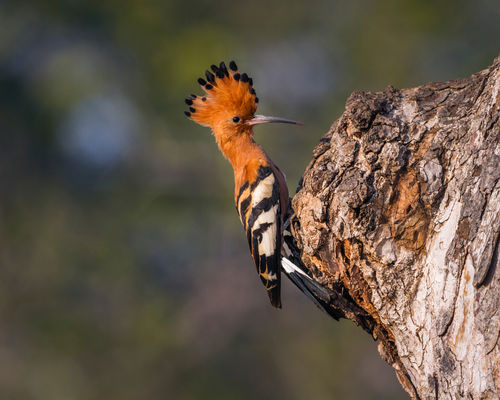