Introduction: The common name of the Mauritian tomb bat (Taphozous mauritianus) was derived when the original specimen was collected from 'under the eaves of a tomb in Mauritius'. The Afrikaans name is witlyfvlermuis, referring to the pure white belly. They are migrants and will move away in the colder, winter months, returning to the same roosting places when they return in summer.

Mauritian tomb bats can be identified by their elongated face with a pointed muzzle and short, broad ears. Another prominent feature is their eyes, larger than other species of the same size. It is believed that they communicate by smell, as the glandular sac on the throat of the male excretes an aromatic substance.

Mauritian tomb bats occur in small harem groups of up to 12, consisting of a mature male with mature females and their young. They roost by day in large trees. Their grey fur blends in with the background of the bark making them hard to see. They also rest under thatched eaves of cottages, with individuals remaining on sentry duty throughout the day.

Diet: Insects taken on the wing in flight.

Colouring: Grey grizzled with white fur on the back with a pure white belly.

Breeding: Females give birth to a single young. 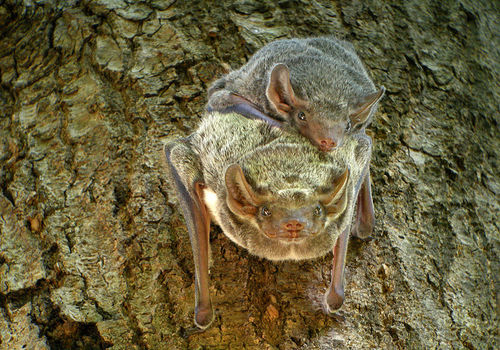 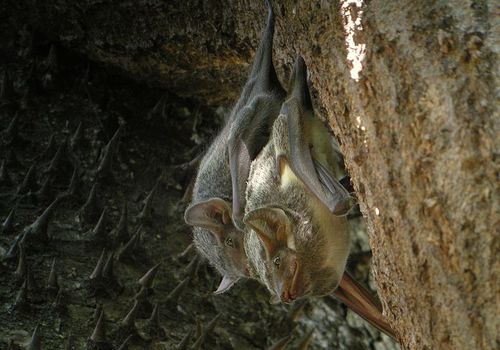