Introduction: The French naturalist Étienne Geoffroy Saint-Hilaire (E. Geoffroy) collected this species in Egypt during the Napoleonic wars. Similar to its flat-headed counterpart, it has a broad and flattened head but not as exaggerated as the flat-headed free-tailed bat. Its habitat depends on permanent water sources both for moisture and insects. Small colonies roost in rocky crevices and in suitable nooks and crannies in dead trees and in buildings.

Distribution: The Egyptian free-tailed bat is widespread through Namibia. 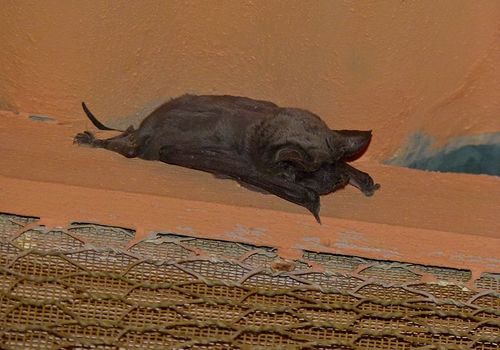