Introduction: Commerson's leaf-nosed bat is the largest insectivorous bat in southern Africa. It has long hindlegs and sharp, prominent dark claws. Its well-developed canines are capable of inflicting a nasty bite. These features have lent some experts to believe that this bat may be carnivorous, although only preying on insects disproves this theory.

Colonies ranging from a few to several hundred roost in caves or in the hollows of trees. They are lone foragers at night and travel considerable distances to rest, groom and listen for prey.

Distribution: Widespread from Windhoek, north to the Angolan border, including Etosha National Park and as far east as the Zambezi Region and Victoria Falls.

Colouring: Short, thick fawn fur, lighter on the head and back and light tawny undersides. 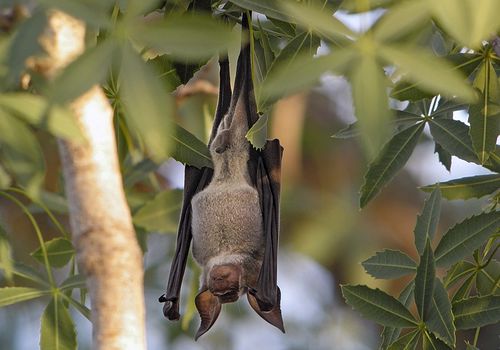 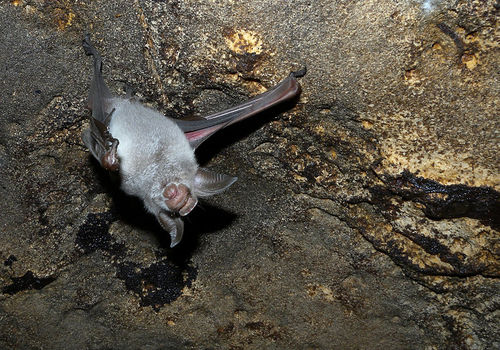