Introduction: The Cape serotine bat is one of the most widespread of the African species of bat. Variations in size and appearance are considerable within serotine bats, but for the Chiropterologists, the Cape serotine bat is characterized by its 32 chromosomes. A feature of the serotine is its distinctive 'helmet' on the skull. It can be found in a wide range of habitats, including deserts, as long as sufficient water, food and shelter exist. Small colonies of around 6 roost under thick concentrations of leaves and in sheltered nooks of houses and barns.

Distribution: Throughout Namibia less for the Namib Desert.

Diet: Insects over or on water or under the canopies of tall trees.

Breeding: The female usually gives birth to twin pups during late November and early December. Newly born off-spring cling on to the mother's fur and nipples on hunting expeditions. 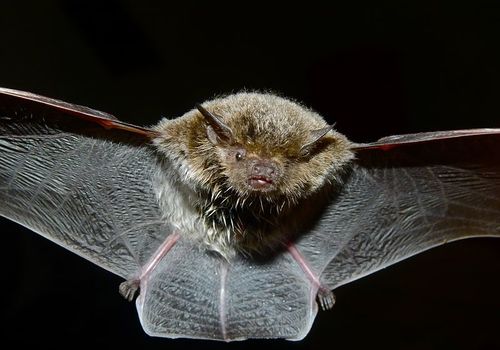