Distribution: The forest areas of the Zambezi Region (previously called the Caprivi Strip)

Colouring: A rich dark brown fur with lighter underparts, a tawny throat colour with a grey-brown chest and a whitish belly. The wings are brown. 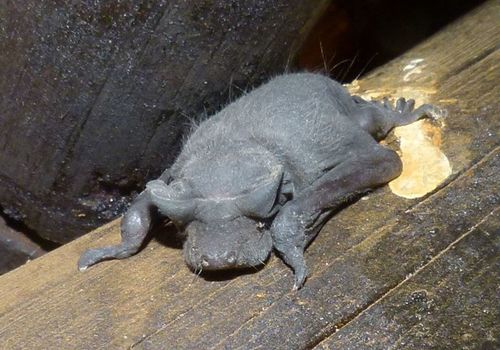