Opened in late 2011 and set high on a hill in northern Windhoek is the luxurious Galton House, named after the British explorer Sir Francis Galton who travelled extensively central and northern in Namibia from 1850 to 1852.

Each room is individually decorated with impressive wildlife photography adorning the walls. Every room has an internet connection, air-conditioning, a safe, telephone, satellite television and a tea/coffee station on request.

The owners of Galton House have many years hospitality experience and this shines through in the exceptional attention to detail and service offered throughout the guest house. This extends to facilities for early arrivals and late departures with a complete bathroom and lounge available to those who require them.

While situated away from the main business district in a quite suburban setting, the city centre is only a 10 minute drive away and there are shops and restaurants within easy reach. Windhoek’s biggest private hospital is just down the road.

Galton produced the first maps of the Namibian interior seen in Europe. He landed at Walvis Bay and travelled inland via Otjimbingwe to the mission station at Gross Barmen from where he set off north into then unknown territory. On his travels he did important work on the strength of the hooked thorns found on Namibian trees. He found that most of them broke off when 4 to 5 pounds (2 to 2.5 kg) stain was put on them but some only broke at 24 pounds (12 kg). He travelled via the Omatako Mountains to the vicinity of Tsumeb and greatly admired Lake Oshikoto before visiting Etosha and Ovamboland.

A wide variety of horse riding options including:

Rides by the hour & even multiple day outings

Katutura Guided Self Drive Tour: Explore the township area of Katutura on a bike tour.

Township Tour: Get to visit Windhoek's township from the comfort of your own vehicle - while accompanied by a knowledgeable local guide. 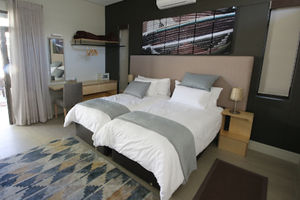 A luxurious six bedroom establishment in the quiet suburb of Klein Windhoek.

An owner run establishment in a peaceful setting.

In the quiet suburb of Olympia. 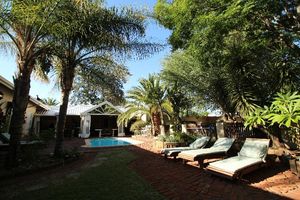 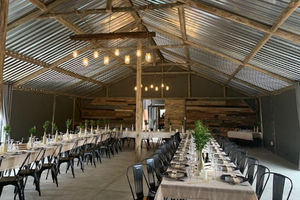 This N/a’ankusê owned business-meets-leisure Boutique is unique to the otherwise standardised accommodation offered in the heart of Windhoek. 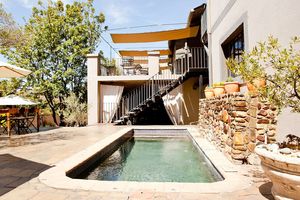 Located in a quiet street in the heart of Windhoek’s oldest suburb lies our intimate and fashionable guesthouse which places its architectural and decorative accent on elegance and the comfort of our guests.

Ti Melen, a quiet and peaceful haven surrounded by nature, offers the advantage of being only 5 minutes by car from the city centre of Windhoek. 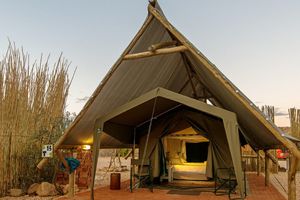 A campsite close to the city center, offers permanently erected tents and a sociable lively bar. 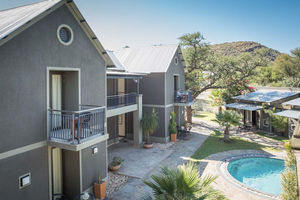 In the suburb of Klein Windhoek this boutique hotel shares grounds with one of Windhoek's most popular restaurants and a health spa. 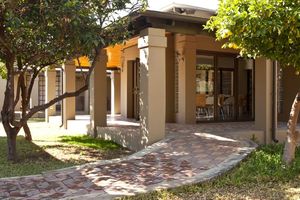 A small well designed B&B in a popular upmarket suburb.

We overnighted here before our departure to Cape Town. Our room was comfortable and service very good. It fully met our needs.

A real suprise, management and staff were exceptional, breakfast was the best we had in Namibia - would go straight back here without considering anywhere else

EXCELLENT. Michael and his staff went out of their way for us. The guesthouse is very well appointed. We had dinner at the guesthouse. It was a wonderful place to end our holiday. All 4 couples loved this place.