The Hotel Europa Hof is ideally situated away from Swakopmund's traffic or noise although it is still conveniently located within 3min walking distance from the beach and the city centre. Modern shops, banking and medical facilities and wide range of restaurants and bars and never too far away either. Self-drive tourists in Namibia and families often use the hotel as a base before and after a guided safari or activity / day trip.

There is a distinctive German flair about the architecture and food on offer and subsequently, European and Namibian qualities have been combined, typical for this coastal town. Facilities at the hotel include a restaurant and a bar, a guest lounge, an internet connection, laundry service, disabled access and secure parking.

The Europa Hof's restaurant is a fully-licensed, and has a large 'a la carte' menu of both Namibian and German specialties. A set menu is on offer for large groups and vegetarians are catered for. The chef's specialty is 'Oysters on ice,' and other favourites include a 'Coastal Platter,' a variation of kingklip, monkfish and swordfish, decorated with a prawn, and served with potatoes, and salad. The 'Seafood Platter,' has a selection of fish as above, but with hake, oysters, sole, crayfish and calamari, with salad. The 'Venison Platter, has a selection of game meat, ostrich and crocodile with a mushroom sauce, croquettes and red cabbage! A fine selection of local beers and South African wines can be ordered to compliment meals.

All of the rooms are non-smoking at Hotel Europahof and are either Double or Triple Rooms.

Standard Rooms: All of the Double Rooms have twin beds, enabling single occupation. An en-suite bathroom with either a bath or a shower, satellite DSTV, (with German and English channels) a heater, tea & coffee station, an in-room safe and a small desk and work space are standard.

Family Rooms: Ideal for a small family of 2 adults and either 1 or 2 children with similar facilities to the Double Rooms.

The Hotel Europa Hof. Part of the Swakopmund town picture, since the beginning of the 20th Century!

Ballooning in Swakopmund: A hot air balloon ride over the Namib Desert.

Cape Cross Tour: A half day tour (with morning and afternoon departures) to the seal colony at Cape Cross.

Cape Cross & Messum Crater Tour: Visits the seal colony at Cape Cross and the Messum Crater which is best known for it's desert adapted plants such as the Welwitschia Mirabilis.

Fishing: Everything from sharks to pilchards.

Living Desert Tour: A half day tour into the Namib Desert.

Namib Desert Day Trip: A day trip from Swakopmund into the Namib Desert.

Namib Desert Night Walks: Explore the Namib Desert at night on foot - a great way to learn about the nocturnal creatures which inhabit this part of Namibia.

Quad-Biking: 2 hour guided trip into the dune belt near Swakopmund (50km) - you enter an area where you cannot get to by car or foot. No experience necessary.

Sandboarding: Skitter down the slip faces of a tall star dune near Swakopmund at 80km/h on a lie-down board, or enjoy the style and grace of a stand-up board. No experience necessary.

Skydiving: Leave the safety of the aircraft and join a tandem skydive. No experience required!

Spitzkoppe Day Tour: Full day tour to the Spitzkoppe Mountains - you will meet the Damara people and be introduced to the Bushman rock art of the area.

Swakopmund Sightseeing: This tour is an exploration into the past, present & future of the town of Swakopmund.

Catamaran Cruise: View the lagoon from the comfort of a catamaran.

Dolphin Cruise: A dolphin cruise around the Walvis Bay Lagoon.

Historian Quad-Bike Edu-Desert Tour: Quad-biking in the coastal dunes with a difference. These tours concentrate on the fauna, flora & people who inhabit the dune belt, excellent guiding and stunning scenery make this an experience not to be missed.

Marine & Dune Day Trip: A morning of cruising on the Walvis Bay lagoon is followed by the spectacular and thrilling drive to the natural harbour & splendid birdlife of Sandwich Harbour. 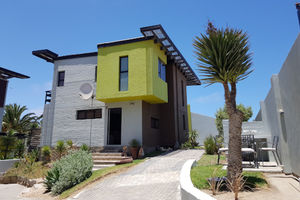 Air Sand and Stay is a short to medium stay rental business with a growing portfolio of the best apartments and homes in Swakopmund. 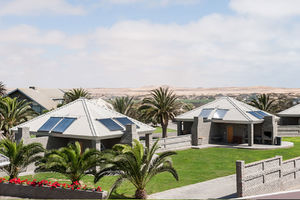 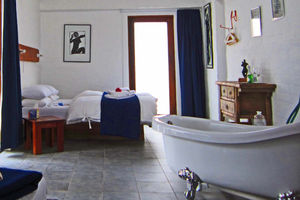 An art gallery turned guest house - the Space is truly alternative and worth a visit if you are interested in philosophical conversation, innovative thinking and staying somewhere out of the norm. 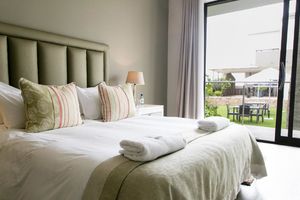 Offers a variety of suites, luxury rooms and self catering units. Ideal for the business traveler or holiday maker.

Bay View Resort is a modern, elegant resort overlooking the sea, perfect for a romantic, charming vacation, or a family getaway.

Situated close to the beach & the town center. This hotel offers a wide choice of room types making it the perfect choice for every budget.

Top location, right on the beach. Has some limited self catering facilities. 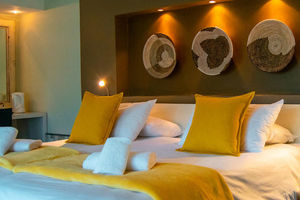 In the small holiday village of Langstrand, between Swakopmund and Walvis Bay, this lodge sprung to prominence when Angelina Jolie & Brad Pitt used it as their base for their visit to Namibia.

Small, peaceful guesthouse in a well established part of town.

Two well equipped self catering apartments, both with sea views.

Slightly outside town on the banks of the Swakop River and overlooking the dunes of the Namib Desert. Excellent for those wanting a desert setting near the convenience of town.

Centrally located self catering apartments offering a good selection of units (choose from studio, one, two or three bedroom units). 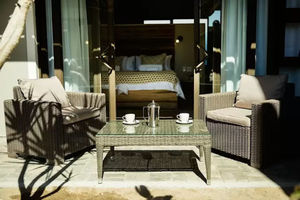 Centrally located, close to the beach & 15 minutes walk to the Mole and city centre. 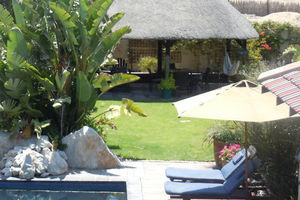 15km outside of Swakopmund this elegant. pet friendly, guest house offers amazing views over the Namib Desert. Accommodation is in either guest house rooms or self catering units 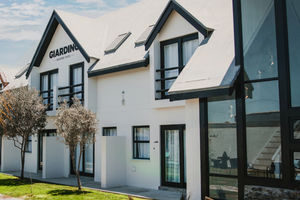 Hotel situated close to the town centre, decorated in a Victorian style.

It is a family-run, private Guesthouse located 1.5 km north of the famous Swakopmund “Mole”. 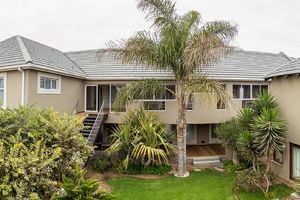 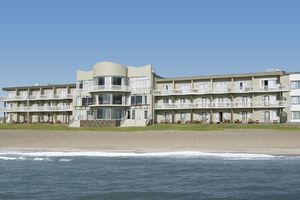 A new hotel and spa complex situated north of town in the suburb of Mile 4. 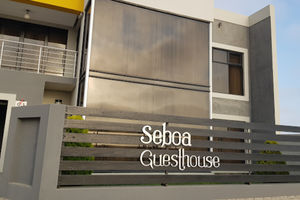 Seboa Guesthouse boasts with the Seboa House (which can be rented as either a three bedroom or four bedroom Self Catering unit respectively) and 2 Self Catering Apartments. 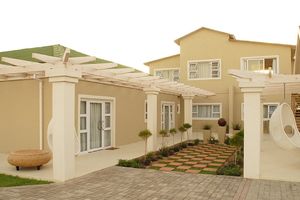 A well appointed guest house in the center of town. 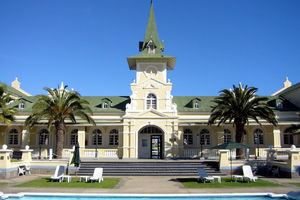 A large hotel, based around the historic railway station. Complete with casino, bars and restaurants. 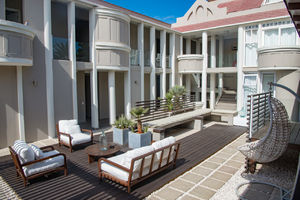 A variety of well appointed suites in a central location. 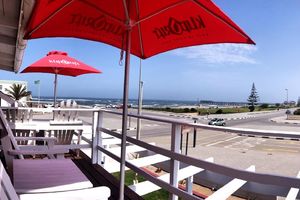 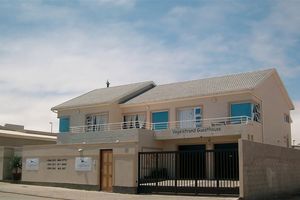 A family operated establishment which prides itself on offering guests both personal attention and privacy.

The Europa Hof Hotel is situated at 39 Bismarck Street, Swakopmund