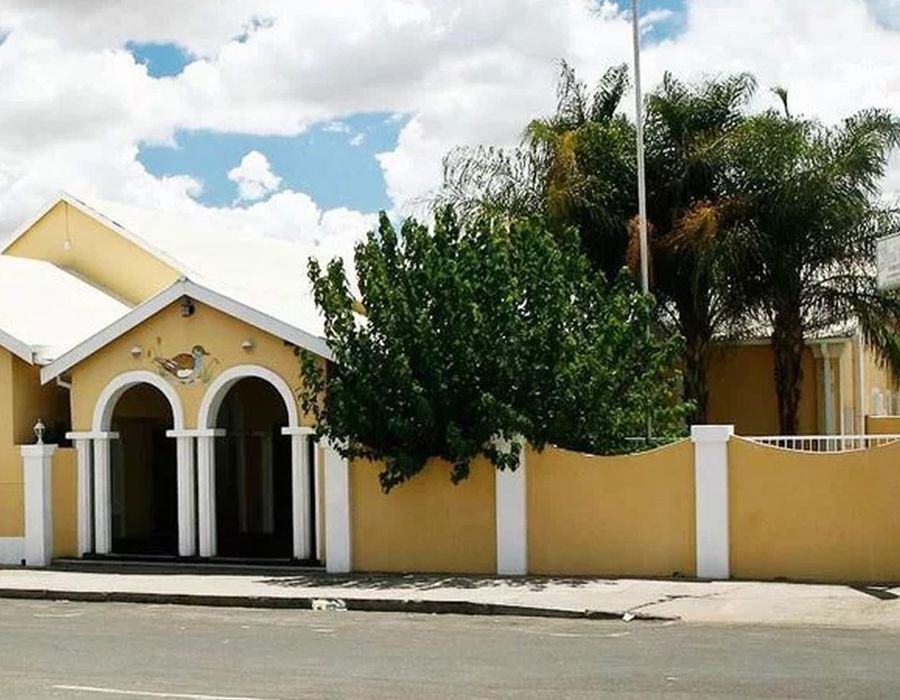 Keetmanshoop Central Lodge is situated in the centre of the town of the same name and is very close to the old 'Kaiserliches Postamt' or Imperial Post Office. Keetmanshoop is referred locally as the 'capital' of Southern Namibia and it offers tourists, businessmen, conference organizers and delegates alike, a taste of typical Namibian hospitality.

With the famous Fish River Canyon a mere two hours drive away, the hotel is a perfect base from which to explore the area.

Inspired by the Hansa Hotel, whose foundations were laid in 1910, Central Lodge has been upgraded and welcomes its guests with a combination of comfort and charm. There is an outdoor swimming pool, with rock features, secured indoor parking, email and conference facilities, including an air-conditioned conference room, with TV, video, flip chart and overhead projector. Connected to the conference room is an indoor braai area.

All meals are served in the fully licensed restaurant, from the chef's 'a la carte' menu. Buffet style meals can be arranged for larger groups.

Luxury Rooms: 3 Luxury Rooms have similar facilities to the Standard Rooms with the addition of spa-baths.

Highlights in the region include self-drive visits to the Naute Dam, the farm Spitskop Ost with its mesoaurus fossils, the Giant's Playground, which has large basalt rocks precariously balanced on top of each other and to the Kokerboom (Quiver-Tree) Forest, where visitors can view a rare cluster of the unique Aloe dichotoma.

The Keetmanshoop Central Lodge is often used as a stopover on Namibian self-drive safaris, commencing in South Africa.

From Keetmanshoop the Fish River Canyon is only a couple of hours drive.

The Quivertree Forest is easily reachable by car from Keetmanshoo.

A large air-conditioned hotel in Keetmanshoop. A useful stop en-route to the Fish River Canyon and South Africa. 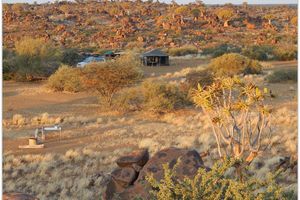 The undisputed winner of the longest lodge name in Namibia, MFSQTDP offers accommodation at reasonable prices.

Close to the Quiver Tree Forest this is a popular choice

The accommodation is an interesting oasis of green grass and cool fountain. It serves well as an overnight stop.

The rooms need an upgrade including the bed and, linen and towels. it is however strategically placed and easy to locate.

Nice and clean. We were specifically interested in the Giants Playground and Quiver Trees so it might have been better to stay out closer to these.