In a remote valley, on the edge of the Namib Dune Desert, set amidst huge camel-thorn trees, lies one of Namibia's most famous and extraordinary buildings - the historic Duwisib Castle. It offers a good overnight stop between southern Namibia and Sossusvlei and the Naukluft Mountains.

Built in 1909, by Baron Captain Heinrich Von Wolf, the castle stands on the high ground looking southwards onto a valley. It is situated in semi-arid lands, 70kms south-west of Maltahohe. After the German-Nama war, the 'Baron' and his wife commissioned an architect to build a castle that would 'reflect Von Wolf's commitment to the German Military cause.' The interior was designed for comfort and clever placing of its windows allowed for maximum sunlight to shine into the vast rooms. Metre thick stone walls and high ceilings made for coolness in the hot summers and two huge fireplaces were built to ward off the bitter cold winter nights. Beneath the hall, there was a large cellar, full of imported wines and French cognacs.

Much of the raw materials used in the construction of the fort were imported from Germany. After landing at Luderitz, the materials were transported by ox-wagon for over 600kms through the Namib Desert. Eventually, a castle consisting of 22 rooms, was completed.

While travelling to Europe in 1914, the First World War broke out, and on their arrival the Baron rejoined the German army, but was killed at the battle of the Somme in 1916. His wife never returned to Duwisib Castle, settled in Switzerland, and after the war sold the castle to a Swedish family.

Duwisib castle was transferred to the state in the late 1970's, and was opened to the public in 1991. The castle now houses a collection of 18th and 19th century antiques, armour and paintings. Basic supplies can be purchased in the kiosk and souvenirs are available in the curio shop. A small entrance fee is charged on entry to the castle.

Accommodation at Duwisib is in:

Campsite: There is a well-shaded campsite, some with picnic sites and a communal ablution block. There is no power supply to the campsite.

Visit the castle's museum and it's numerous artifacts. Open from 08h00 to 17h00.

A working farm in southern Namibia. Offers an insight into sheep farming is this arid region. 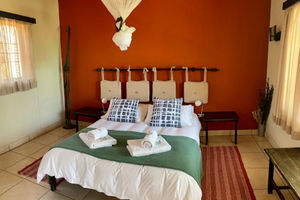 Visiting us is to look forward to experience an unsurpassed farm landscape, an exclusive getaway and warm hospitality and new exciting surprises after renovation. 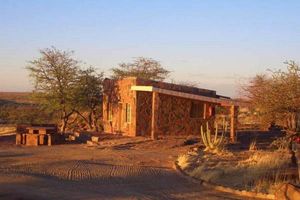 Formerly an Ostrich farm the lodge property is now largely dedicated to Namibian wildlife. The lodge itself offers standard bed & breakfast rooms as well as self catering chalets. 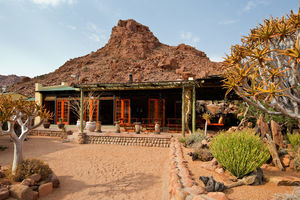 Situated in the Tiras mountains, an owner run guest farm that offers a warm welcome and even better scenery.

We were the only guests and it was nice to sleep in that castle / museum. Woke up the next morning with a bunch of tourists visiting us :)

Duwisib Castle is situated south west of Maltahohe. Turn north off the D826 about 20 km from Betta or 17 km from the D821.