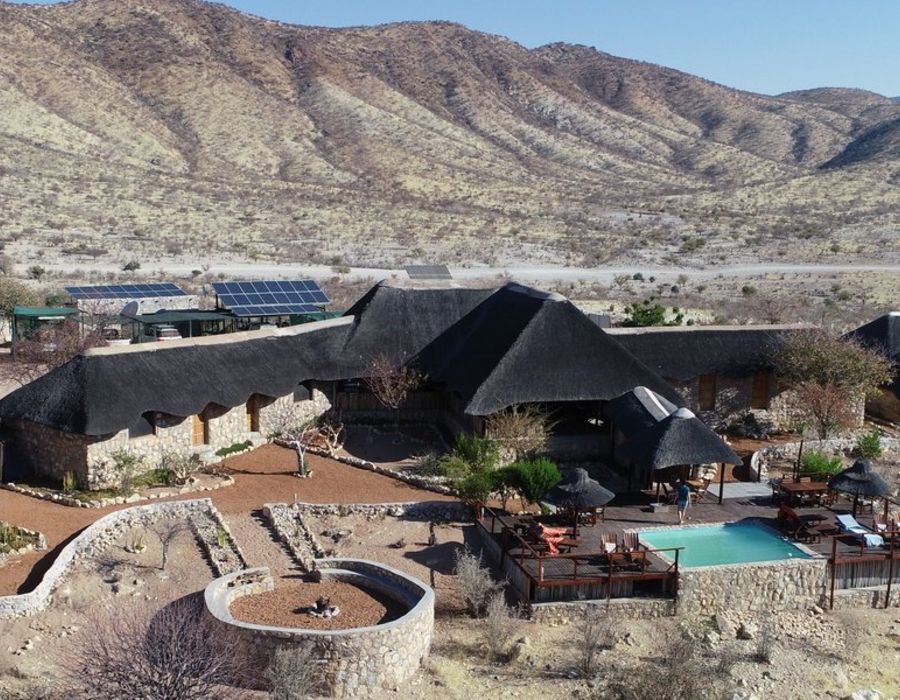 Unlike all the other lodges at Epupa Falls, Kapika Waterfall Camp is not situated on the banks of the river but has been built on a hill above the Epupa settlement. This gives the lodge a different feeling to the other accommodation in the area - instead of having immediate access to the river, guests here gain splendid views of the river system and the rocky hills on the opposite bank.

Epupa Falls is not only one of Namibia's prime tourist destinations, but is also the country's most northern settlement. It is 186km in a north-westerly direction from the small town of Opuwo. The entire Kaokoland region is one of Namibia's last remaining wilderness areas where 'off-the-beaten track' destinations such as the Marienfluss and Hartmann Valleys make for exciting and adventurous 4x4 self-drive tours.

Although not the biggest or highest in Africa, Epupa Falls does have a its own signature when it comes to a seasonal waterfall. The attractive scenery lures visitors to a series of cascades, where the Kunene River drops just 60m over a distance of about 1.5km. They subsequently divide into a mass of channels that form a myriad of rock pools. Wild fig trees, huge baobab and waving Makalani palms, combined with magnificent sunsets, add to the Epupa experience.

Kapika Waterfall Camp has a restaurant and bar both situated in an outside 'lapa' which is a great spot to wine and dine with fellow travellers. The swimming pool, which adjoins the lapa and overlooks the river is a favourite spot for a a dip, especially after a nature walk or hard day's dusty drive.

Accommodation is in 10 spacious, but basic, chalets, each with 2 single beds - mosquito nets are standard. The rooms include en-suite showers, a toilet and hand basin - this bathroom area opens directly into the room (separated by a low wall and open doorway) and provide little privacy, although steps are being taken to remedy this situation. Individual private terraces are the perfect place to appreciate the Kunene River and its surroundings, and to enjoy a sundowner – all from the comfort of your own balcony!

Drive through regions of Kaokoland and discover the wonders of this unspoiled area. (2 hours)

Enjoy a relaxing guided stroll through the local village to the main falls. The trip continues along the Kunene River, with sensational views of Epupa Falls and an abundance of birdlife. (2-3 hours)

A ride in their off-road vehicle to one of the last genuine, pastoral and nomadic Himba tribes remaining in mankind. Learn of their culture and fascinating way of life. (4 hours)

A bird-watchers paradise with over 240 species to tick off. On your guided walk, discover the amazing flora and fauna en-route whilst seeing birds such goliath herons, hornbills, paradise fly catchers ,fish eagles, various bee-eaters, kingfishers and the African grey lourie.

Enjoy a thirst-quenching drink as the wonderful sun sets over the horizon. (1.5 hours)

Rafting: The more adventurous can opt for a session of white-water rafting along the Kunene River.

A tented camp on the banks of the Kunene River close to Epupa Falls and Himba settlements.

A rustic option but closest situated to Epupa Falls, this site previously only provided campsites, but recently added rooms on stilts overlooking the river and falls.

On the border between Kaokoland and Damaraland this fort was built at the same time as the fort of Namutoni in Etosha. 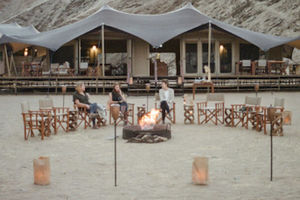 AMONGST THE MOUNTAINS AND SAND DUNES OF REMOTE NORTH-WESTERN NAMIBIA IS HOANIB VALLEY CAMP, A JOINT VENTURE BETWEEN THE GIRAFFE CONSERVATION FUND AND LOCAL COMMUNITIES 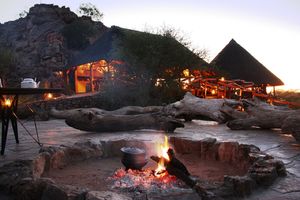 An excellent base from which to explore the Kaokoland area. 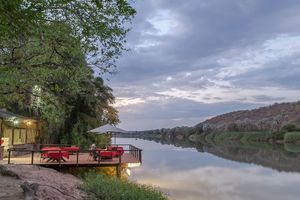 A great lodge in a remote location on the banks of the Kunene River, for those interesting in birding, relaxing or river rafting this lodge is an absolute must. Undoubtedly one of our favourite out of the way lodges. 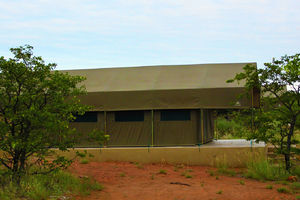 A campsite near the village of Opuwo. 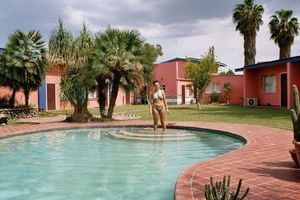 One of the oldest lodges in the Kaokoland area, from here guest can visit Himba villages and other areas of interest in Kaokoland 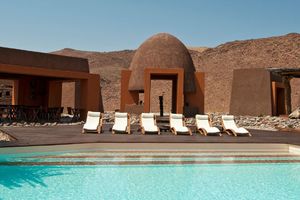 Near the tiny settlement of Puros, this luxury lodge offers you the ability to search for the desert adapted elephants. 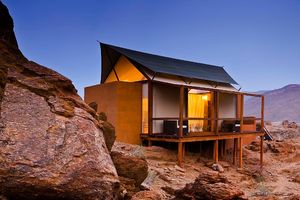 On a hillside overlooking the Kunene River this small intimate camp offers accommodation for a maximum of 14 people.

A comfortable tented camp, on the banks of the Kunene River, close to the Epupa falls 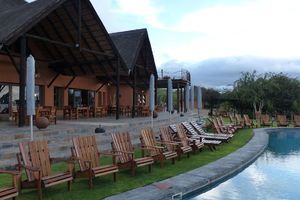 On the outskirts of Opuwo with has beautiful views over Kaokoland -a real desert oasis.

very basic, no redeeming features other than really nice staff...Epupa falls is amazing, might consider another location

The best way to reach Epupa Falls and Kapika Waterfall Lodge is via Opuwo and Okongwati on the road D3700. On entering Epupa keep an eye open for the tiny signpost for Kapika - this will lead you into the Epupa settlement and across the football pitch - once you have scored a goal - follow the track up the hill towards the thatched buildings!