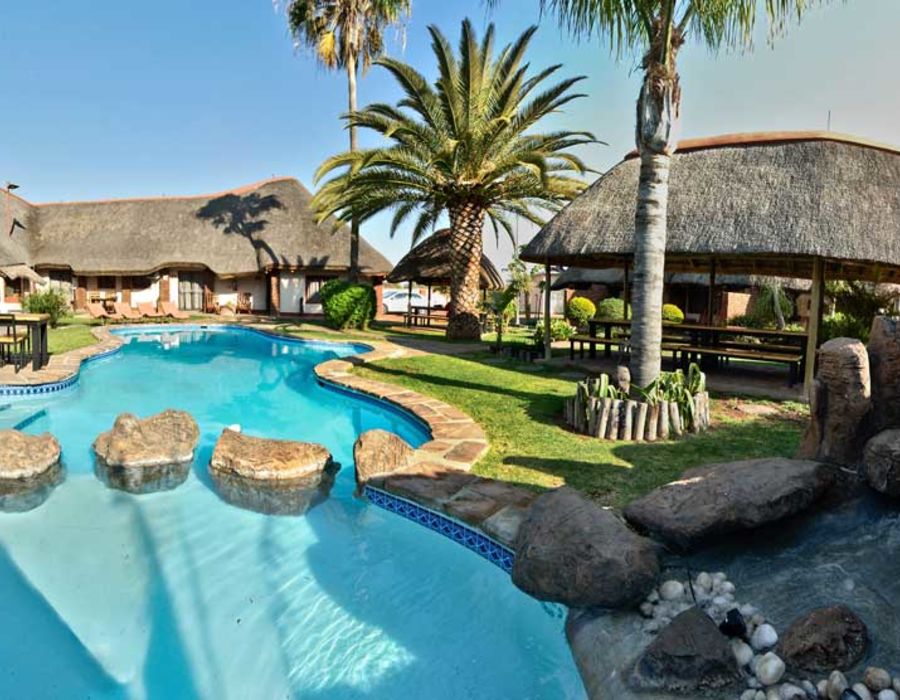 C'est Si Bon is situated in the the town of Otjiwarongo (or Otji to locals), which is often called the cheetah capital of the world, and this is likely to be true as Namibia is home to over a quarter of the world's cheetah population, and much of those live on farmland in this area. The town is also well situated for visitors to the north of Namibia, it is close to the Etosha Park & Waterberg and servers as a gateway to areas such as Damaraland and the Zambezi Region (formerly the Caprivi Strip).

The hotel was designed to have an intimate yet African feel to it and is set in large and beautiful gardens, which are frequently visited by several species of Namibian birds. Facilities include a swimming pool, bar, laundry/dry cleaning, early wake-up call, Internet connection. C'est Si Bon Hotel is centrally located and is next door to the tennis courts.

The a la carte restaurant has daily specials which often feature Namibian specialties, such as oryx or kudu. Meals (and don't worry they cater for vegetarians as well) can be enjoyed either in the restaurant or outside in the garden & lapa.

C'est Si Bon Hotel offers a choice of accommodation. Some of the rooms are more formal hotel style rooms while others are more relaxed and designed in the style of a Namibian lodge. All together there are 39 rooms.

Standard Rooms: There are single, double and family standard rooms under one thatched roof set outside of the main building. The family rooms are for 3, 4 or 5 persons. An en-suite shower, air-conditioner for warm and cold weather (with remote control), satellite TV (DSTV), free Wi-Fi, coffee-making facilities and direct dialing telephones are standard.

Luxury Rooms: There are single, double and family luxury rooms located inside the main thatched building. The family rooms are for 3, 4, 5 or 6 persons. The facilities are similar to those of the standard rooms.

While most people treat Otjiwarongo as a one night stop-over (or more frequently as a re-fueling point), C'est Si Bon Hotel might tempt you to stay longer. There is a reasonable amount to do in the area including the Cheetah Conservation Fund (only 45km away), the crocodile farm, a 1912 steam engine (for the railway enthusiasts) and of course the Waterberg Plateau. 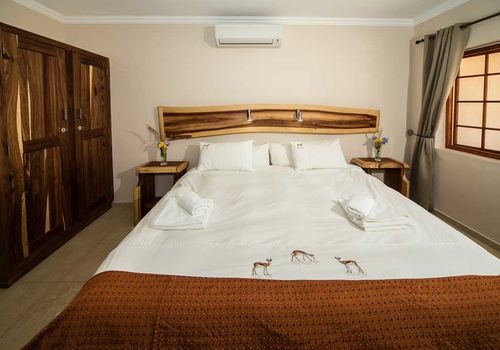 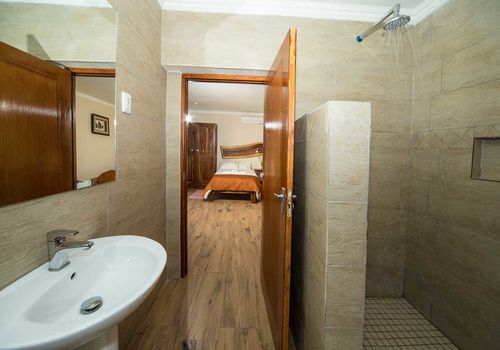 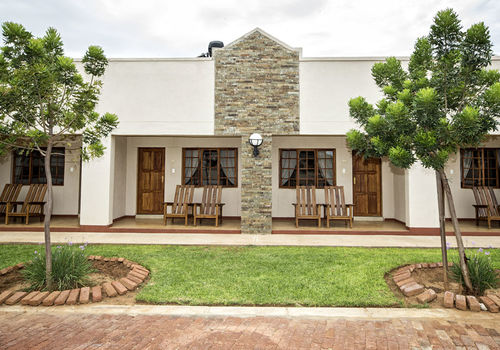 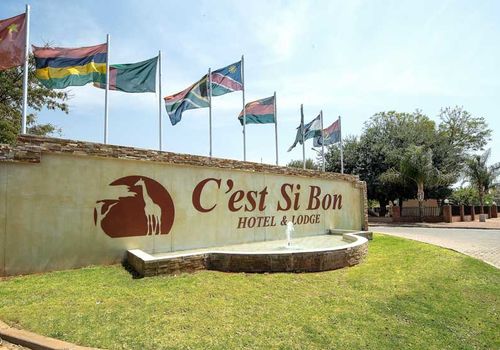 A popular alternative to spotty creatures is to drive yourself to the Otjiwarongo Crocodile Farm.

An organization dedicated to the survival of cheetahs. Their information centre is a 44km trip away and day visitors are welcome.

Only 50km east of Otjiwarongo is the magnificent Waterberg Plateau. Guided tours can be organized. Self-drive day visitors to the plateau will need to make prior arrangements before entering Waterberg.

Visit the old steam engine No. 41, built for the Otavi line to run on the Swakopmund - Karabib section.

Lodging located on the property used by the Heetah Conservation Fund, this is an excellent option if you want to learn about cheetah conservation.

Situated to the north of the Waterberg Plateau (which is unusual as most lodges are toward the south) this highly recommenced lodge offers spacious comfortable rooms and plenty of activities. 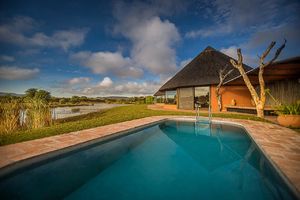 One of the oldest lodges in Namibia, Mount Etjo has seen several historic events including the signing of an agreement pivotal to Namibia gaining independence. Still offers good quality accommodation and game drives. 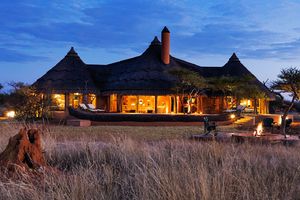 A private two bed room suite, comes complete with own swimming pool, lounge and kitchen. Private chef and meals can be arranged or guests can visit Bush Camp. 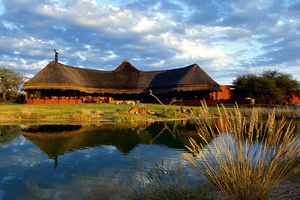 Without a doubt one of the best lodges in Namibia, add leopard and cheetah viewing to stunning accommodation and well prepared meals and this place is a complete winner. 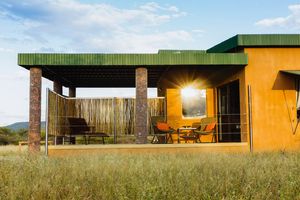 The 'entry level' camp at Okonjima offers all the same great cats experiences as the other lodges in the portfolio. A one of a type not to be missed Namibian experience. 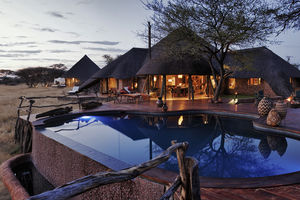 Large private complex, includes all modern luxuries. Enjoyed by international movie stars and corporate moguls - but available to any group wanting to stay! 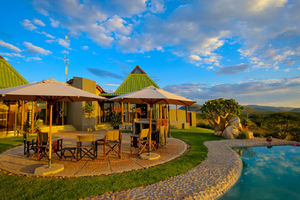 A variety of accommodation options - ranging from large self-catering villas to double rooms. Just a few kilometers south of Otjiwarongo. 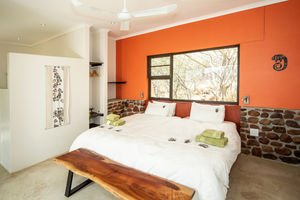 The NWR run camp situated on the slopes of the plateau. Fairly standard and slightly overpriced accommodation, the old police station which has been converted to a restaurant is a scenic (if not taste) highlight.

Excellent choice for walking and visiting the highlights of the area

On the same property aw the Waterberg Wilderness Lodge but situated higher up the mountain offering excellent views.

Shame the pool was out of action, most places not just this one Although your winter it was our summer and hot and a pool would have been good for the children

The male manager was very help when I needed assistance tracking down the luggage that the airline misplaced. Visiting the nearby Cheetah Conservation Fund was the highlight of my holiday.

Nice and quiet place to stay. The only problem was the location of our room. It was right next to the area where the staff took their breaks and the smoke from their cigarettes came into our room, even with the windows and door closed. We enjoyed our stay.

OK, good rate, big room, food is nothing extraordinary but ok. Service during breakfast is slow and poor. All the parrots and other birds they have close to the deluxe rooms are bothering all the day with terrible screeming. Extremly effected are the rooms 81, 82, 83. Here you need earprotection.

On reaching the middle of town on the B1 you will see a stone Church on your west side (left if you have driven in from the south). Turn between the BP Service Station and the church and drive straight until you reach a T-junction. You should now see C'est Si Bon Hotel