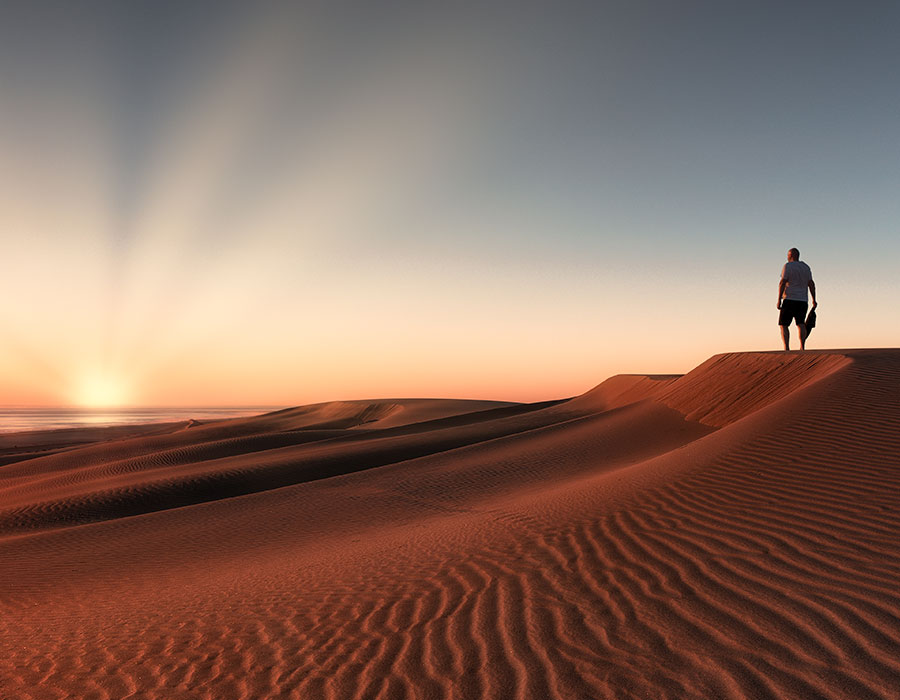 The origins of the Travel Shop are closely linked to the Cardboard Box Backpackers, which was started by Aulden in October 1993. This was Namibia's first backpackers hostel (and one of the first to open in Southern Africa). The beginnings of the Travel Shop where selling tours / car hire etc from the bar at the backpackers, where it quickly became apparent that there was a need for a more formal structure to perform these duties. In March 2018 Cardboard Box Travel Shop became a operational branch of Gondwana Collection Namibia and continues to operate as a travel specialist.

One of the most commonly asked questions over the years has been 'Why the Cardboard Box?' Well, Aulden, who came up with the name (and claims to have been drunk for most of the '90's) is not entirely sure. However, it dates back to a letter sent to some friends regarding their lack of prospective employment opportunities after graduating from University. It went something along the lines of 'I'm renting a large property with plenty of rooms and starting a backpackers hostel, so at least when you enter the real world you'll have somewhere to stay and won't have to live in a cardboard box'. Thus the name was born and we've stuck with it even though the nod to the budget side of things no longer reflects the reality of our business.

Towards mid 1996 the Cardboard Box Travel Shop was formed and employed its first consultant, it was based in a small room at the backpackers hostel, with its primary business focusing on the budget market. At the same time work began on developing a website for the business, this quickly took off as it was one of the only websites dealing specifically with travel in Namibia.

In 2003 the Travel Shop & Backpackers hostel were completely separated as the Travel Shop moved from the backpackers to a position in central Windhoek (on Post Street Mall, the main pedestrian precinct). At around this time the backpackers was also leased out while the management of the Travel Shop stayed under the guidance of the original owners, Aulden & Rachael. The focus of moving into a central location was to increase our profile locally and to encourage more 'walk-in' business.

By 2009 we were employing 8 travel consultants and had outgrown our rented central Windhoek office. We'd also established ourselves firmly as an online business and our needs for a city center office had changed. After much searching we found and purchased a large new premises on the outskirts of the central business district. The rather run down property included Windhoek's first hospital (used to treat sick German Schutztruppe) a doctors house as well as converted stables - after extensive and sensitive renovations the property was restored to its former glory and we moved in during October of that year.

The Travel Shop continues to grow and currently employs 16 staff members, most of whom have been with us for many years. Our focus is still on individual travellers and small groups, the overwhelming majority of whom are renting a car and self-driving around Namibia. While we’ve never lost contact with our ‘budget’ roots, over the years we’ve evolved and progressed to the stage where we now cater for the entire spectrum. In turn this keeps things interesting for us as one day a consultant may be working on a camping self-drive holiday and the next on a luxury fly-in safari. We pride ourselves on being completely independent and our ability to offer holidays that are tailored to individual requirements, budget & interests.